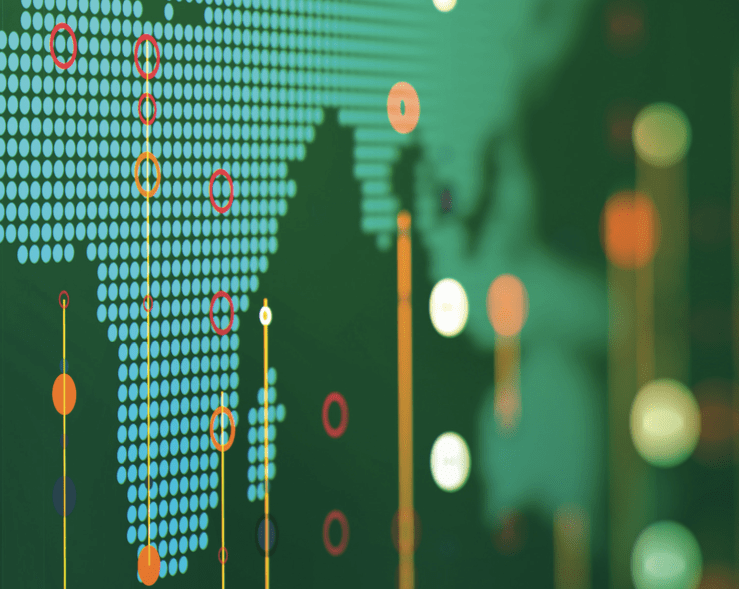 South Africa is the only country in a Reuters study on digital news consumption that discovers and shares more news via WhatsApp than Facebook. And more than 70% of English-speaking South Africans are concerned about their ability to distinguish between real and fake news.

The Reuters Institute for the Study of Journalism at the University of Oxford’s Digital News Report, surveying 75 000 people in 38 countries, included South Africa for the first time, and pointed out that “traditional independence shown by the South African media is being eroded by a combination of unethical business practices, shoddy journalism, and unreliable news”.

Still, there was some good news: “Despite numerous problems with outlets being captured by powerful political and/or commercial interests, embarrassing lapses in editorial oversight, and instances where proprietors have used news media to attack independent journalists, a majority of our respondents still say that South African media help hold politicians and businesses to account,” wrote Professor Rasmus Kleis Nielsen, the Institute’s director. Part of this could be “attributed to economic weakness of many media companies after more than a decade of digital disruption”.

That South Africa has a problem sharing misinformation or disinformation posted on social media is not new. Fact-checking organisation, Africa Check, in May announced a partnership with NPO Volume investigations to tackle the issue via a service interestingly titled What’s Crap on WhatsApp.

It was so well received that Africa Check won a $50 000 (R740 000.00) grant by the 2019 Fact Forward Innovation Fund of the International Fact-Checking Network. Head of the organisation, Kate Wilkinson, said they would use the money to build a dedicated platform to help them “categorise, log and flag all the content that’s being sent to us. Currently, we are doing everything manually. So we’re hoping to use some of the money to build an automated process which will allow us to do this on a much greater scale”.

Certainly the misinformation issue is not limited to South Africa, with a 55% average across 38 countries. More worrying is that it has grown “significantly” despite increased awareness on the issue. “Concern is particularly high in South Africa (70%) where recent elections were marred by misinformation spread rapidly via social media, with news brands becoming targets as well as sometimes unwitting amplifiers,” the report noted.

South Africans also joined WhatsApp groups with people they didn’t know, “a trend that reflects how messaging applications can be used to easily share information at scale, potentially encouraging the spread of misinformation. South Africa is also the only country surveyed where the usage of WhatsApp for any purpose (88%) is bigger than Facebook (80%).

“The move to private and group-based messaging has happened really fast. It offers more control for users but also makes it harder to spot and counter misinformation – especially in countries with lower digital literacy, a weak media or less robust institutions,” wrote Nic Newman, editor of the Report.

Some findings on South Africa

While the Report said South Africa had one of the most diverse and independent news sectors in Africa, News24 emerged as the country’s dominant digital news brand. “This success is partly a consequence of its parent company’s early adoption of the potential of the internet and prescient attention to mobile delivery platforms, but also a testament to News24’s focus on making news that is designed for digital consumption timelines and attention spans,” researchers found, adding that 70% of the English-speaking sample access News24 online at least once a week – one of the highest reach levels seen anywhere in the global survey.

Editor in chief, Adriaan Basson, said this was “testament to the investment Media24 has made over the past decade to improve the quality and quantity of News24’s journalism. I am incredibly proud to lead a team of such hard-working and dedicated journalists, who have embraced technology and data to give their stories wings.” He also pointed to trust in the platform as readers turned to it for truth and balanced opinion.

The report also noted the small “fiercely independent” digital only outfits such as Daily Maverick, Daily Vox, GroundUp, New Frame, and amaBhungane, which rely on some combination of donors and crowdfunding.

The SABC, the report found, was turning the corner after years of mismanagement and state capture. “Regarding the Reuters Institute digital news report, which focused on English speaking news consumers on television, radio and online platforms, SABC radio and television had a total reach of 60% in terms of access to its content. From an online news perspective, the SABC is pleased that it ranked second out of 29 news services, with a total weekly reach of 45%. The report also looked at brand trust, and out of 13 media institutions, SABC News was ranked number four,” it said in a statement.

In its conclusion, the editors of the Report, said of South Africa: “The most troubling statistics in this survey, perhaps, are that overall trust in the news in South Africa is 49% (10th place in our 38 country survey), but also that almost three-quarters (70%) of our respondents say they struggle to separate fact from fiction online – one of the highest figures in our international survey. These two statistics can’t comfortably exist side by side for long, and fighting disinformation and misinformation is going to be a critical if South African journalism wants to maintain its authority and impact.” 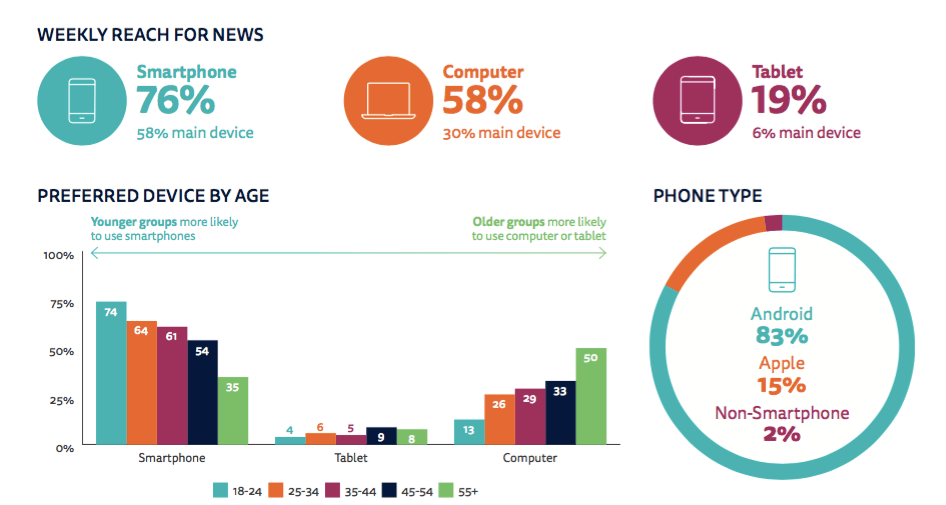