Mass media, morality and money: Can they co-exist? 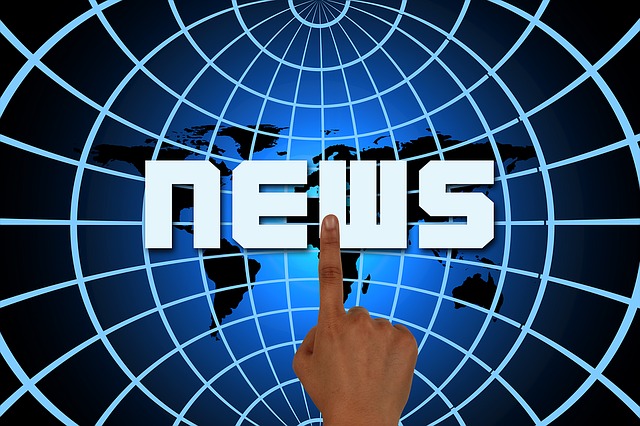 [COMMENT] There was a lot of muttering on social media after the elections last month about mass media giving too much attention to political leaders who failed hopelessly in their quests to get enough votes to have at least one representative in parliament, let alone keep their deposits.

It’s an interesting dilemma for the mass media because there is no doubt the political lunatic fringe certainly provide colourful interview material.

One has to wonder whether the average consumer in South Africa is interested in the utterances of political losers in perhaps they same way that they flock to TV soap operas and reality shows no matter how mundane, ridiculous, irrelevant and downright unrealistic they are?

And whether ranting, racist and warmongering politicians have the same appeal to TV viewers as the destruction of humanity caused by mass killings in the US or natural disasters all over the world?

There is a difference, of course, because those mass killings and natural disasters are real and appeal to the sense of voyeurism in humanity as an almost natural instinct.

But, failed politicians sounding off right left and centre do not general represent reality except perhaps the madness of mankind. The trouble is though; a lot of people take them seriously. No, they certainly don’t vote for them but they believe them when they suggest grabbing land and forcing certain sectors of the population into the sea.

There have been those on social media who suggest these maniacs should not be given space to spew their insanity.

Do the mass media have some sort of moral responsibility to listen to them?

In my opinion they cannot assume the role of moral guardians of the nation. Only parents can do that.

And frankly, the more the media provide platforms to those politicians who didn’t get more than a handful of votes, the more, I believe, those who didn’t vote for them will understand why.

In any event where should the line be drawn? That’s the really tough question.

It is all rather like the spread of magazines such as Penthouse and Playboy during the apartheid era when they were banned and as forbidden fruit had pretty good underground sales in South Africa.

Once they were unbanned, they died. It’s the same, I reckon, for political idiots. Eventually even the mass media gets tired of their tirades.

However, the mass media still have quite a challenge in balancing the relevance of ‘news’ against the principle of free speech and the temptation of sensationalism.

The same goes for advertising that looks like editorial. A subject that the Press Ombud, Pippa Green, is tackling right now.

Dyed in the wool journalists and editors can’t stand being forced to publish stories that look like the work of a reporter on the editorial floor but which, in fact, are disguised press releases drawn up by a PR person or advertising creative and paid for by a client.

The thing is there are mass-market magazines in which every single page is paid for but which look like genuine editorial. Is that wrong? If so, why are some of these the top selling magazines in the country? Then there are TV shows such as Top Billing, the content of which is paid for from beginning to end.

Where does one draw the line? Should one draw a line?

I have come to conclusion that readers and viewers actually don’t give a hoot about whether content is paid for or not. As long as it is of good quality and makes for good reading or viewing, they will consume it voraciously.

All of which means that there is no simple solution to controlling or regulating advertising under the guise of editorial.

In my opinion one simply should not try but rather allow market forces to decide. If real journalism is rubbish, people won’t watch it or read it. If it’s good, even if it’s paid for, they will.

Nature should be allowed to take its course.