This week’s BIG move: OceansCam helps spread the ocean conservation message by putting branded content into the hands of citizens

The JET8 Foundation has announced the launch of a partnership with The Lewis Pugh Foundation that will enable the first social commerce mobile application focused on saving the oceans.

The app incorporates JET8’s FinTech technology to reward users for in-app engagement through JETPoints, a social currency with which users can make contributions to the The Lewis Pugh Foundation.

“We only protect what we love,” said Pugh. “Which is why I urge everyone to get into the ocean and be reminded of the beauty and fragility of this vital life source. And why I’m thrilled to announce a new way for you to share your passion for ocean protection: OceansCam lets you share your latest photos to encourage your friends to support ocean protection. So next time you pick up a piece of plastic on a beach, find an alternative for single use plastic or have a memorable ocean encounter, share it on OceansCam and spread the love!”

The Lewis Pugh Foundation was founded by endurance swimmer, ocean advocate and UN Patron of the Oceans, Lewis Pugh. The mission of the Foundation is to protect the world’s oceans, which are threatened by pollution, industrial overfishing and climate change. The foundation has successfully helped create Marine Protected Areas in over two million km2 of ocean, and has ongoing campaigns to fully protect even more threatened waters. 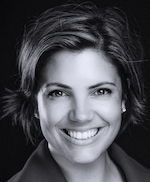 With experience predominantly in the telecommunications, banking and financial services industries, Ika van Wyk brings a focused knowledge of digital marketing and communications to her new role as head of marketing for insurtech company Granadilla.

For van Wyk, it’s an opportunity to combine her proficiency in digital business with some of her other professional interests, most notably behavioural studies and customer experience design.

“As an insurtech start-up, Granadilla offers the opportunity to explore unchartered territory in terms of marketing, communications, brand perception and customer experience. I’m looking forward to further exploring the intersection of these areas at a practical level,” said Van Wyk. 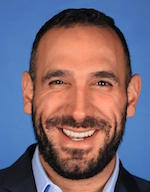 After six years at the helm of the creative department of FCB Joburg, joint CCO Jonathan Deeb has resigned. Deeb is looking to pursue new, possibly global, opportunities.

“My time at FCB has been an excellent ride. It was a privilege to work with so many extremely talented people and to champion iconic brands, but it’s time to explore new adventures and ideas,” he said

Making the announcement to staff on Friday, Group CEO, Brett Morris, said: “Jonathan has a unique ability to pursue creative excellence balanced with sound business acumen that has earned him respect among clients and agency alike. He is one of those rare people that holds the big idea in highest regard, but is also able to have meaningful business and strategic conversations with a client, and no matter where he goes in the world, that impressive skill will translate. We thank him for the enormous impact he made at FCB and wish him well in the future.”

Earlier this year, the new look Whisky & Gin Live awarded the full event management contract to OrangeBlock, an events business operating within The Nfinity Group of companies. This included three Celebration events in Cape Town, Pretoria and Durban as well as the annual Festival, to be held at the Sandton Convention Centre in November this year.

“Whisky lovers that have been attending this popular event over the last few years will have started to notice a change,” said Michelle Kirby, managing director of OrangeBlock.

“We realised that the Celebrations taking place in Cape Town, Pretoria and Durban required an offering that would appeal not only to the whisky connoisseur and emerging whisky drinker but to the gin lover too.” 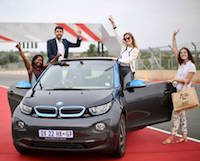 Eclipse Public Relations has been appointed by Generation.e to amplify awareness around the first-ever Electric Vehicle Road Trip Africa (EVRT Africa) event, aimed at accelerating the transition to smarter and electric mobility.

From 2 October to 10 October 2019, petrol heads and electric vehicle (EV) enthusiasts will be taking 12 of the latest EVs on an epic adventure across the country to showcase the cars’ power and capabilities and, at the same time, prove that South Africa is ready to embrace electric travel.

The agency’s founding partner, Jacki McEwen, said: “We are thrilled that Generation.e has entrusted us with their first African events and are so looking forward to working with them to inspire the transformation to smarter mobility for the creation of better connected and sustainable societies.”

TAC Studios, the production arm of US-based The Africa Channel, announced four new series being produced in Africa for the global marketplace, boosting its already extensive and diverse slate of Africa-influenced content.

A combination of scripted and unscripted projects, these programmes reflect the breadth and depth of talent and storytelling available across Africa. They include May’s Kitchen, a cooking show featuring the talented celebrity chef, May Yocoubi (a partnership with Filmedia in Egypt), Second Husband, a scripted series based on the popular Nigerian film of the same name (a co-production with Biola Alabi Media in Nigeria), The Yard, a drama series set in the world of the hip-hop scene in Nairobi (a co-production with Currency MEDIA in Kenya) and My Design Rules, a competition reality series in the world of real estate design (a partnership with Cardova Productions, in South Africa). 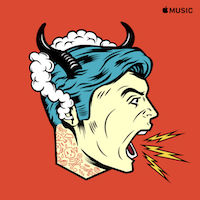 Apple Music have commissioned a number of leading African and International designers to create a series of new original art for its top local playlist brands.

Discussing the new playlist artwork with The Verge, Rachel Newman, Apple’s global director of editorial says the artwork is meant to “connect more directly with the communities and the culture for which they were intended,” and added “In many ways, it’s a visual representation of the music that you will find inside that playlist”. 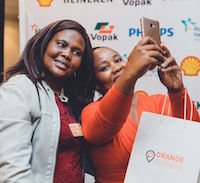 The aim of the Red Bull Amaphiko Academy is to offer crucial support to grass-roots social entrepreneurs by providing them with mentorship, coaching and assistance to unlock various business opportunities. Since the first edition in Soweto, in 2014, the Red Bull Amaphiko Academy has spread to São Paulo (2015), Cape Town (2015), Pretoria (2017) and Baltimore (2017), where it continues to empower changemakers committed to social good.

Group M and Kantar unveil their new home ‘Base’

Group M and Kantar recently unveiled their new home ‘Base’ – a Johannesburg-based office that’ll host all of its local employees. It’s being hailed as a collaboration of epic scale that has come to fruition in the form of a brand-new office nestled in the suburb of Bryanston.

Last week, the CEOs of four of GroupM’s South African-based agencies officially opened the office to hundreds of employees and clients who enjoyed a day of food, drink and exploration of the new workspace.

The office, which will be the base of operations for over 600 Kantar and GroupM employees, was designed to ignite inspiration. An urban jungle with a dash of futuristic charm. From the FunkoPOP wall to the graffiti mural, there is something for everyone at The Base.

How can you make money in Africa with digital news? It starts with the content.

The Digital Media Africa conference is taking place in Johannesburg, South Africa, from 11-12 September 2019 with the aim of sharing global trends and new ideas for growth and innovation

With a population of 1.2 billion going online at an unprecedented rate, Africa is the world’s biggest accelerator for digital innovation and new business models.

Register today to take advantage of the early bird discount for an opportunity to join the best of the best in media, from international senior publishing executives; CEOs; editors-in-chief; CMOs; digital revenue strategists; digital editors; head of sales; media buyers; advertising agencies; and all news executives and entrepreneurs with a focus on digital news.

Radio Days Africa shares some programme highlights from the 10th edition of the conference.

Then the three-day programme continues to explore the future of the medium, issues facing radio and the changing environment.

Be sure not to miss these and other engaging sessions at Radio Days Africa. Join us at the Wits Club in Johannesburg, 3 to 5 July 2019. Register here.