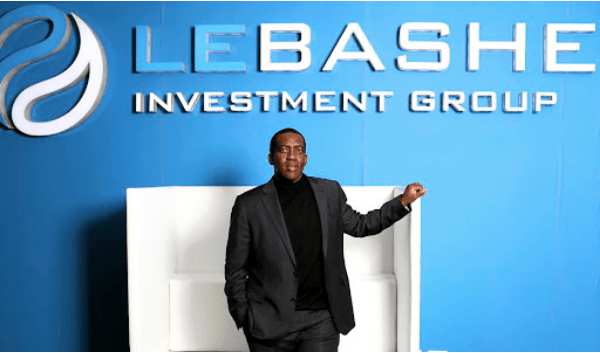 
Tshepo Mahloele, new owner of the Sunday Times, Business Day, Financial Mail and Sowetan, says the editorial independence of these titles will be “sacrosanct”.

The current publisher of the titles, Tiso Blackstar, has announced their sale to Lebashe Investment Group for R1.05 billion.

“We will support independent journalism to the hilt. That you can hold us to,” says Mahloele, 52, the chair of Lebashe.

“When you have great editors you let them run with the product. As shareholders it is not our intention to interfere with that.”

With advertising income and readership declining and digital subscription models struggling to achieve profitability, the local media space is not for the faint-hearted.

This raises questions about Mahloele’s motives, particularly given his political connections.

“It’s business. We’re not doing this in support of any political ticket. We think great brands, with great content, is the way to go for the future,” he says.

Plus, he believes a strong media is “integral in helping lead South Africa to a better dispensation. Anybody worth anything knows that.”

The deal includes Tiso Blackstar’s extensive media, broadcast and content businesses in Sub-Saharan Africa, which will complement Lebashe’s other businesses and offer the chance of creating a pan-African media platform.

Lebashe has significant investments in financial services through Capitec, and technology through EOH.

About four years ago, a friend from the US told Mahloele “the next big thing is content”, and this got him thinking.

“How do people consume content? Through great brands in the media space. The Sunday Times has over 100 years of heritage. It’s a great brand. It’s got a lot of content. It’s got a past we can use and work with and develop.

“I love platforms, and this is a platform we can use to further our strategy.”

He sees “a bright future for media in this country”; the big question being how it is consumed.

He doesn’t share the general gloom about print. “Everybody takes the view that print is going to fall off a cliff. It’s not going to happen. You still have the Financial Times and New York Times in print; developed markets like Europe and the US still have print.”

He’s not put off by the falling numbers or failure to make online subscription models profitable.

“You don’t come in when they’re profitable. You come in when everybody is running. We take the long-term view.”

He believes online models can be profitable “on the back of good, quality journalism and a product that people trust”, and cites the New York Times as an example.

“People are raving about it, but it had to go through bad times. You have to take a long-term approach, and we’re taking a long-term approach. Not just in South Africa but in Sub-Saharan Africa. Then you’re talking numbers. We’ve looked at this and we believe there should be an investment in journalism.”

He says he’ll make sure his titles are sustainable over the long term, “and that they ride this downturn”.

“I come from a private equity environment, but not your typical buy, gear up and then sell. No. An environment which says you invest in long-term assets.”

Here for the long-term

Lebashe, which has assets worth R12 billion, stands for “legacy balance sheet”, he says. That means building for the future.

“We are not going to be pumping this thing with a lot of debt. Getting in there like a private equity player looking at how do you gear this thing up to the hilt, get as much free cash flow out as you can and after five years run for the hills.

Assurances about editorial independence notwithstanding, a statement put out by Lebashe refers to a “media advisory council”. “Many people misread that to mean we’re going to affect what editors write about and stuff like that,” he says.

It won’t be an editorial board but a committee that “looks at best-of-breed in terms of technology, training, mentorship. To help with all that. Because for us it’s all about a quality product that people can believe in.”

Will he be pumping money into strengthening newsrooms?

“One of the things we’ve looked at is how do you invest in great editorial skills, how do you aggregate across the Tiso Blackstar group all of the different journalists that you have there.”

“Not at all. If you look at retrenchments and financial losses across the media landscape in South Africa, it’s been a bloodbath. Now it’s about finding how to move forward from that.

“I’m very comfortable that the earnings before interest, tax, depreciation and amortisation levels of this company are enough to help it ride the disruption phase it’s going through and get to the other side stronger and better.

“You need to stay sustainable but we have no intention of making any cuts.”

He says he will “totally not” be getting involved in managing the titles.

PIC not involved in purchase

“There is management there, we’ve met with them, we’ve seen some of the stuff that’s been done to make this platform sustainable. We are supportive of that and we’re going to back them up to the fullest extent we can.”

Mahloele is the CEO of Harith, a boutique fund manager started in 2007 with Public Investment Corp money to invest government pensions in infrastructure projects.

The PIC had no hand in funding his media purchase, he says. The money came from commercial banks and life companies.

Questions have been raised about his relationship with former PIC boss Brian Molefe, but Mahloele says the funding of Harith had nothing to do with Molefe.

This story was first published in the Sunday Times’ Business Times and BusinessLIVE and is republished here with permission.

Chris Barron has been associated with South Africa’s largest selling newspaper the Sunday Times since 1993 as a journalist covering general news, human interest, politics and business. In 2000 he became the paper’s chief writer of obituaries, turning what was a moribund and largely ignored obituaries section into one of the most eagerly read pages in the newspaper. Since 2000 he has been writing a weekly ‘Newsmaker’ column in the Sunday Times Business Times which is required reading for anyone interested in the country’s business leadership.