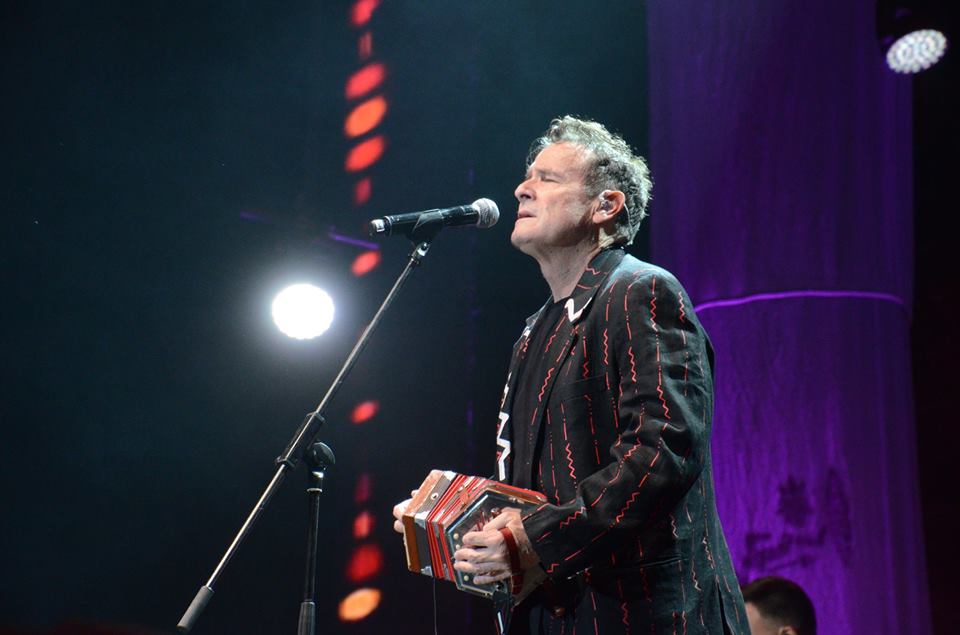 
News that legendary South African artist, singer, songwriter and all round mensch, Johnny Clegg, had died, has devastated the South African and global arts communities. Clegg had been battling pancreatic cancer for some time, announcing that he had the disease in 2015. But it didn’t stop him. He embarked on a farewell tour in 2018, aptly and sadly titled, ‘Final Journey’.

Long time manager, friend and family spokesperson, Roddy Quinn, said in a statement, “It is with immense sadness that we confirm that Jonathan (Johnny) Clegg, OBE OIS, succumbed to pancreatic cancer at the age of 66 on the afternoon of 16 July 2019 at his family home in Johannesburg, South Africa.

“Johnny leaves deep footprints in the hearts of every person that considers him/herself to be an African. He showed us what it was to assimilate to and embrace other cultures without losing your identity. An anthropologist that used his music to speak to every person. With his unique style of music he traversed cultural barriers like few others. In many of us he awakened awareness.”

Convener of the Liberty Radio Awards and veteran radio man, Lance Rothschild, said he had great memories of Johnny Clegg, “having had the privilege to know him over many years”.

“Through his music, Johnny gave a voice and a framework for young South Africans to find one another across race barriers,” he said. “He made great music which gave us all a sense of “home” and of being part of something special. He was ‘woke’ long before being ‘woke’ was even a thing. And he was always willing to teach and to take people along on his journey. Whilst we are all sad at his passing, we really need to reflect for a moment and say ‘Thank you Johnny Clegg. Thank you for the huge impact you made in bringing people from all sectors of the populace together through your music and lyrics’.“

In a statement, the SABC expressed its heartfelt condolences to the family, friends and fans of Johnny Clegg.

“Throughout his career, he continuously displayed great commitment and passion in all his performances. He made an incredible mark in the music industry and transformation of our society. His artistic work will continue to form part of the SABC’s rich archives,” said spokesperson Vuyo Mthembu. “His contribution to the music industry will remain and continue to inspire young people who looked up to him as an inspirational artist.”

Jacaranda FM general manager, Kevin Fine, echoed the sentiments of many South Africans when he said, “Johnny Clegg has left a profound legacy to South Africa and the music world. The Zulu Blanc broke laws to get his message across, he inspired us and we will continue to sing his songs. People will cling on to the special memories that each lyric and note created in their lives, just like it did in mine.”

Jacaranda FM breakfast show host, Martin Bester, recalled a recent interview with Clegg. “As we remember the ‘White Zulu’, we cannot help but go back to the day when the music legend was left overwhelmed with emotions. Martin Bester surprised him with a message from his son, Jesse [who was abroad at the time].

“It immediately turned into a tearjerker for Clegg and Bester.”

Bowing our heads in respect

Hot 91.9FM managing director, Lloyd Madurai, said the station joined the nation “in bowing our heads in respect to this true son of South Africa. Johnny’s music has, and always will be, part of the soundtrack to every South African`s life for decades to come – phumula ngokuthula umfowethu (rest in peace brother). Our heartfelt condolences also go out to his family at this unimaginably difficult time.”

Madurai said Clegg had been hailed worldwide by critics and fans as a “trailblazing pioneer in contemporary music”. Clegg’s “unique and magical fusion of Zulu rhythms and melodies with folk, pop and African influences made him a household name globally for over four decades. He will be remembered not only for his irrepressibly infectious music but for his gentle spirit, humbleness and deep love for his country and all its people”.

Gauteng talk radio station, Power987 FM, said Johnny Clegg was an institution. In honour of Clegg, the station compiled and loaded a playlist of his best music, “in honour of his indelible mark on music history”.

Clegg was awarded by a number of local and international bodies for his contribution to music and society, notably by the French Government in 1991 with a Knight of Arts and Letters, and in 2015 he was made an Officer of the Order of the British Empire. In 2012 he received the Order of Ikhamanga from the South African government. He was awarded a number of Honorary doctorates by the Universities of the Witwatersrand (South Africa), KwaZulu-Natal (South Africa), Dartmouth College in the USA and the City University of New York.

He authored and published the book “UkuBuyisa Isidumbu” (1981, Ravan Press), and presented papers on “The Music of Zulu Immigrant Workers in Johannesburg” in 1981 at the Grahamstown International Library of African Music and “Towards an understanding of African Dance: The Zulu Isishameni Style” in 1982 at Rhodes University.

This story will be updated as new tributes come in.