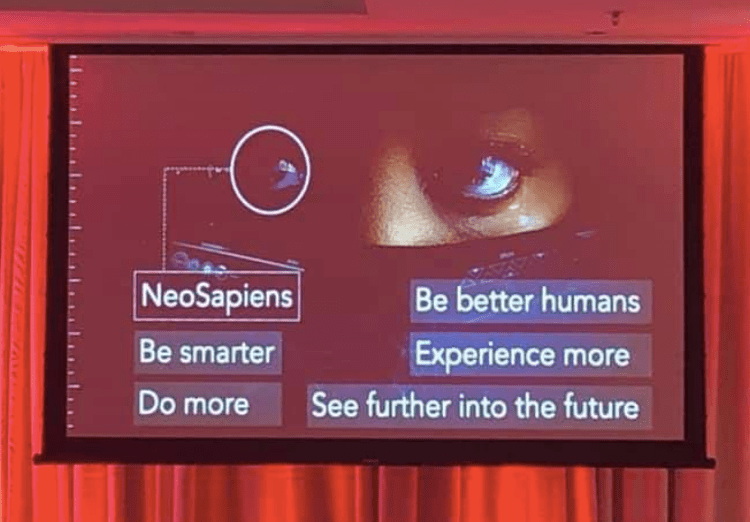 Jobs won’t be lost because of AI; they’re merely going to change. By embracing new technologies and upskilling accordingly, leaders in the media and marketing industry can use AI to accelerate their personal and business’ evolution.

While the system saved them money, it was laborious and frustrating and “we thought, you know, this isn’t the life we were born to live”. 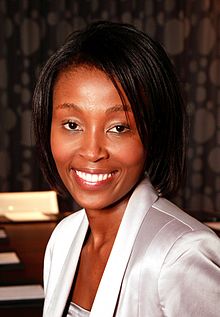 Their solution, straight out of university, was to create Yeigo – South Africa’s first mobile VoIP (Voice Over Internet Protocol) solution, enabling much cheaper cellphone calls. The business was sold in 2009 and Rabana went on to create Rekindle Learning, a digital solution to increase learning efficiencies.

Speaking at this year’s Ads24 Food for Thought event, Rabana explored the theme of humans vs robots from a pro-tech and AI vantage, encouraging participants to see technology as a tool in the next phase of our evolution as humans.

She believes there are myriad ways in which technology can empower humans through access to knowledge, education and information.

“Rekindle Learning was created to help university students improve their English skills knowing the poor standards of education coming out [of many] high schools. If we are ever going to see real change on the continent, we are going to have to educate and skill people faster than we ever have before … being pro-AI is also being pro-human if we understand how it improves our capabilities as people,” she says.

AI as a tool to empower and evolve

There is a common fear that AI will “take our jobs”, and while Rabana concedes robots will certainly replace some jobs, she believes technology will also create new opportunities for employment.

“In fairness if a machine can do something that you were doing before, maybe it’s a hint to shift to something that you are actually better at,” she says. “Perhaps this revolution, like all the ones before us, is just helping to reflect and rethink what our best talents are and to refocus on that.”

[Looking back] we know that the printing press replaced all those scribes, we know that the internet killed off so many video stores, or that cars killed of the need for carriage drivers and now we are probably pondering what is going to happen to the doctors, media agencies, financial advisors and all the professionals.”

Yet, while the research giant, Gartner, predicts that we will lose about 1.2-million jobs to AI, it also predicts that about 2.3-million new jobs will be created. The key to remaining employable goes back to that old Darwinian phrase: “It is not the strongest of the species that survive, nor the most intelligent but the ones most responsive to change.”

There is also a concern “AI is this black box and we have got no cooking clue what is happening inside it”. Citing the MIT Technology review, Rabana says no one really knows how the advanced algorithms that power AI really work.

“But we’ve lived so much of our lives without really understanding so many of the decisions that happen around us. Why is it so much scarier now? The reality is that human intelligence has always been a black box and let us face it, our society has managed to survive a lot of black-box decisions – Zuma, Trump, Brexit. We do not really know why those things happen, but we are still here.”

If we view it from this perspective technology is actually a lot more stable and predictable than humans. “AI will be a bit different. [For example if it is used in medicine] when it makes a diagnosis of a medical outcome you will actually be able to see that data from which it based that decision and you can unpack how it arrived at this data.”

AI is really just a set of techniques that help machines and robots mimic human behaviour. Today machines are smart and they are smart because of AI, but AI still has a dependency on people.

“At the moment on the journey of artificial intelligence we are at narrow AI, which means it is the part of AI that only takes a complex set of instructions you give it as input and it gives you an output back. It can manage lots of computations, has tons of storage and is capable of pattern recognition, but it cannot do some of things that people still do best, such as holistically define the task, its values and goals.

“To think more laterally, over time we will also get to artificial general intelligence where the machine will be able to mimic the human actions more broadly and ultimately we will get to artificial super intelligence which will be smarter than people. We can use it to tap into and tackle some of the issues in our society we face today,” Rabana says.

“Progress is a wave and you can either decide to be on the one side, where you are going with the future and letting it take you to new heights, or you are going to stand your ground, dig your heals and be drowned and left behind forever. Those are the only two choices really, and I am for the latter choice.”

AI and the media

As far as the media industry is concerned Ané Honiball, GM of Ads24 summed it up: “When visiting the newsroom of The Sun, in London, the managing editor explained to us how they make use of AI to track what readers want to see. And, believe me, at that stage [in the height of Brexit negotiations] none of it was Brexit. But, because the editor plays an educational role, they had to often override the algorithm to make sure that they did publish articles on Brexit.

“For me this is a great example of how machines gather data, but only once we make that data into information, and we make sense of it all, can we as humans make better decisions.”