Ebony+Ivory has welcomed on board its new shareholder, Lwazi Media Ventures, which has acquired a 30% stake in the integrated advertising and media agency. 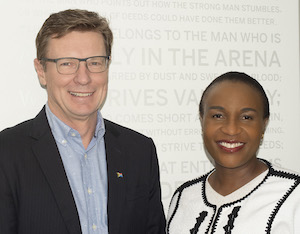 “We want to earn our relevance in the South African and broader African market place. I’ve been looking for 20 years for the right partnership for our team to drive this growth and am excited about our aligned purpose to build brands and people while building industry, country and continent,” said managing director of E+I, Paul Middleton.

Ebony+Ivory reached a significant milestone this year as it celebrated 50 years of serving clients with dynamic advertising and media campaigns.

Nombini Mehlomakulu, the managing director of Lwazi Media Ventures, will serve as a director of the agency. “Nombini has a distinguished academic and corporate career. A passion for advertising and marketing communication is close to her heart as she began her career in the agency world,” Middleton said. “She brings an incredible dimension of intellectual strength to our team.”

Mehlomakulu said the decision to invest in E+I was deliberate. “We had sought investment opportunities for a long time and found the level of knowledge, skills base and maturity synergistic with the growth we seek to unlock in the sector,” she said.

The Lwazi Group invests in businesses that it is passionate about, that operate in industries its team has experience in and to which they believe they can add value. 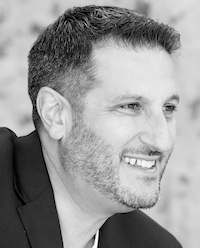 As a significant player in the South African radio industry, with managed assets such as Jacaranda FM and East Coast Radio, Kagiso Media Radio sees the venture as a way to leverage its resources in new ways.

These will take advantage of an increasingly digital economy and its significant current market position to introduce new solutions to targeted markets. “We know Kevin’s skills will help to drive this new venture into a growth engine for the portfolio in a short period of time” said CEO Nick Grubb. 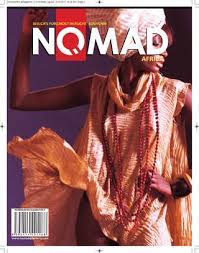 “Our endorsement by another global brand is a testament to our strong editorial work ethics and global appeal,” said Gottert. “The relationship demonstrates the traction of our international African publication. We will strive to benchmark our standards with the finest in an exceedingly competitive media space.”

South Africa’s own Karoo Agave will be one of the brands at the Festival. 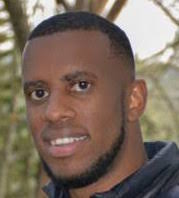 Rosen was speaking on the occasion of the recent launch of the first Mobiclicks representation outside of the South African cities of Johannesburg and Cape Town.

Based in Kenya’s commercial capital of Nairobi, Allen Kambuni will serve as the Mobiclicks regional lead for East Africa. “These are exciting times. When a South African mobile marketing leader believes the next step after Johannesburg and Cape Town is Nairobi, that says the African Renaissance is real and the vision of Africa as the Bright Continent can be achieved,” said Rosen. “We are thrilled to have Allen onboard as he represents our first on-the-ground presence in another African country.”

According to Kambuni, East Africa’s much-vaunted ICT sector provides enormous opportunities for foreign investors who approach the market in partnership with local talent.

Astron Energy has appointed Flume as its digital marketing agency.

“We are proud to have been selected after a very thorough pitching process and can’t wait to get stuck in with this new journey for the Caltex brand,” said Garren Coetzee, Flume’s general manager. “The scope of work spans the entire business, from digital strategy, content production and creative, to website development and community management”.

Flume’s Cape Town team was assembled just three years ago to service the agency’s Cape Town-based clients and will therefore take the digital marketing lead on the account. For Flume as a whole, however, the partnership with Astron Energy represents a significant addition to a portfolio rich in blue chip brands.

DHL Express launched an innovative mobile platform that will allow its customers in Sub-Saharan Africa to track and co-ordinate the delivery of their shipments with greater ease and convenience.

This is according to Hennie Heymans, CEO of DHL Express Sub Saharan Africa, who said the DHL Express Mobile app was part of DHL Express’ ongoing commitment to drive innovations that enhance customer experience.

“The app is an exciting new addition to our service offering in Sub Saharan Africa and has been launched in South Africa, Kenya, Ghana, Nigeria, Ethiopia, Mauritius, Tanzania and Uganda, and will be rolled out in a further 40 countries across the region by the end of 2020.”

Verasity, a technology company building the infrastructure for publishers to serve attention-rewarded video to billions of viewers, has partnered with the Interactive Advertising Bureau in the UK to provide expertise and leadership to the IAB and its global network about the developing value exchange economy.

Verasity is a blockchain-based technology that is designed to transform and improve the relationship between video viewers and digital publishers by rewarding online engagement.  Their advertising technology solution enables publishers to serve rewarded video content that have been shown to dramatically increase user retention and interaction with online videos.

As part of this partnership with the IAB, Verasity will join the IAB’s global network, and gain access to its powerful media and advertising contacts. With the IAB member accreditation, Verasity will be able to work inside this community to position itself as a thought leader in the digital advertising industry, and help provide insight into institutional reforms. Additionally, Verasity will be able to ensure that its rewarded video proposition functions within the global guidelines, and help design the conversation around reward tokenisation inside the IAB. 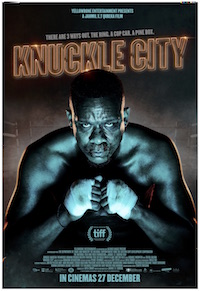 The film explores inherited toxic masculinity and the underbelly of the fighting world. It’s a riveting exploration of the psychology of a fighter from the Mdantsane township known as the boxing mecca of South Africa. This film will be flying the South African flag high during its screening at the acclaimed film festival.

The National Film and Video Foundation, in partnership with its African partners through the African Hub, will be attending the festival, which is taking place from the 5-15th September 2019 in Toronto, Canada.

Commenting on the selection of Knuckle City at TIFF, NFVF CEO, Makhosazana Khanyile said, “It has been absolutely riveting to watch the amazing reception this film has received thus far. From being the opening night selection at the Durban International Film Festival to now being the official selection for Tiff, it truly is nothing short of remarkable. It is a hard hitting, gritty and gripping tale as well as a true reflection of what South African filmmakers are capable of, when given the right support structures.”

Cape Town Creative Academy, in partnership with DYDX (formerly &Innovation), is launching a new short course that will equip professionals, both in the private and public sector, with the knowledge and tools to facilitate and lead service (re)design, to improve customer and employee experiences. The course will be presented in Cape Town on Tuesday evenings over 9 weeks, with two Saturday workshops.

“Service design is booming globally as a highly sought-after skill. Service designers are critical for organisations to digitise by enabling different teams to work together to solve relevant customer problems. Service design is not pretty pictures but rather how we create new service experiences that delight customers and reduce operational cost. It requires creativity but not limited to being a creative,” said DYDX managing partner, Nevo Hadas.

The Practical Service Design short course is aimed at professionals leading change and innovation within organisations or working to improve customer and employee experience – both in the private and public sector. Participants will gain the knowledge and confidence to apply service design methods and practices to further their career. This nine-week course starts on 8 October and will cost R14,999. The deadline for applications is on 4 October. For more information or to apply, visit //ctca.co.za/service-design/.

AfricaCom’s AFest 2019 set to turn up the heat

AfricaCom 2019 will get off to a cracking start with the fourth hopping AFest powered by UMG Live, on Tuesday 12 November 2019 at the Shimmy Beach Club. AFest 2019, AfricaCom’s official and premier networking party, will feature three of Africa’s hottest acts – Mafikizolo, Early B and DJ Zinhle – who will share the sounds of Afro-pop, rap beats, hip-hop and house music with accredited delegates who attend the highly anticipated gig on the opening night of the world’s largest Africa-focused technology and telecommunications event.