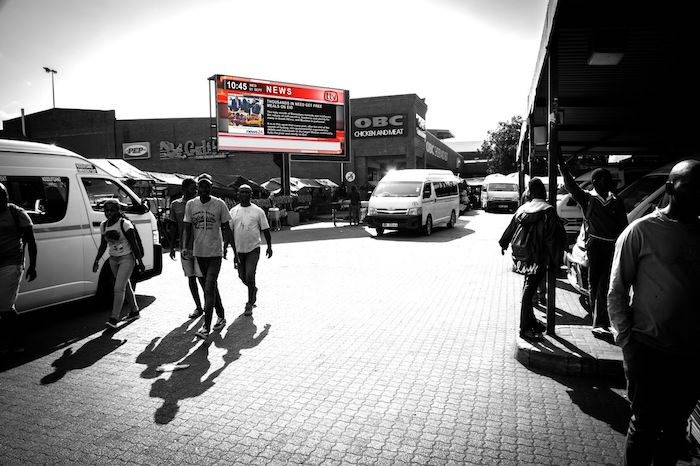 [PRESS OFFICE] TRANSIT.TV™, South Africa’s largest, digital placed-based network, has been refreshed with a new look and feel, and extended offering, ensuring that it holds its own within the space of more established and traditional ‘linear’ television stations.

Boasting a solid heritage within the transit media environment for over a decade, the channel has been very successfully adding value to millions of commuters daily via a mix of entertainment and relevant content and information.

The market-leading digital network currently broadcasts to in excess of 13 million economically-active, influential and technologically-savvy viewers every month. In order to ensure the relevance of the content, continuous updates are instituted to retain eyeballs on the screen, delivering an appealing viewing experience to commuters all while ensuring high levels of engagement and recall for advertisers.

A history of continued refinement 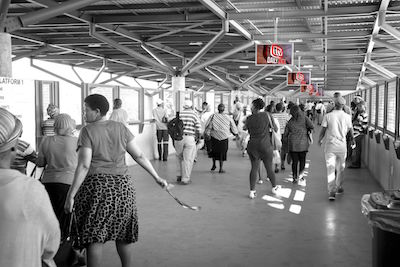 Since Transit Ads launched TRANSIT.TV™ in 2007, the network has undergone a number of upgrades to ensure that it retains its market-leading position, while providing new engaging formats for commuters, and a greater array of advertising opportunities for brands.

“In today’s economy and media landscape, there is a critical need to keep a finger on the pulse as change has become the new norm. A key factor for us is delivering content in the most effective manner to reach the highest number of people,” notes Shamy Naidu, Executive at Transit Ads.

Actively progressive in terms of both offering and content within the transit media space, Transit Ads has been ‘leading the pack’ while aligning itself with the ever-evolving urbanisation and transport trends. Recently the company launched its large-format, digital billboard TRANSIT.TV™ screens in Mdantsane and Thohoyandou – the first two sites in a planned roll-out across the country. Furthermore, it also increased its mobile fleet with the rolling out of screens on the Rea Vaya network of buses in Johannesburg.

The net result of the updated network provides advertisers with a larger audience across a broader swathe of the country in key commuter nodes, solidifying the market dominance held by TRANSIT.TV™ in the transit environment. 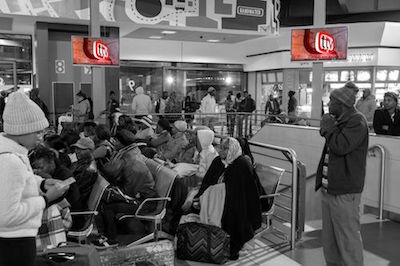 Television viewing has morphed, with linear television facing challenges from VOD and streaming services which provide a demanding public with content that is not only relevant to them but viewed when they choose. Digital place-based networks such as TRANSIT.TV™ need to ensure that the delivery of content is as engaging as other formats. However, they hold a specific trump card when it comes to delivering content for commuters.

These place-based networks broadcast to viewers within captive environments where dwell-times and frequency ensure that content is not only viewed, but at high levels of recall. The latest 2019 Nielsen Out of Home Study found that seventy-four percent of commuters notice digital place-based networks. Coupled to this, the December 2018 PJ Solomon Monthly Media report shows recall of digital out of home advertising at 82%, the highest of all media formats and a CPM which rivals – and is often cheaper – than other formats. It is clear that platforms such as TRANSIT.TV™ should be a key purchase in any media plan. 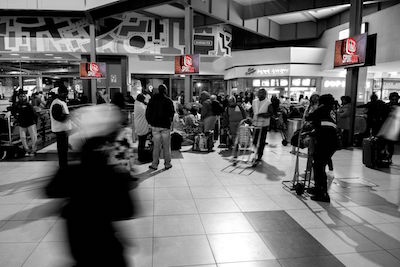 With television viewing becoming increasingly fragmented, a challenge has been posed to brands and agencies. How do we maintain reach and continue to influence viewers?

Research conducted by Transit Ads with Kantar shows that reach and influence is incrementally augmented when marketing campaigns include both terrestrial television and TRANSIT.TV™. Because the campaigns reach the right audience at the right time and when they are in the right frame of mind, there is far less wastage and brands receive a much higher level of ROI.

Incremental reach ranges from 8% to a staggering 50%, proving that TRANSIT.TV™ offers media planners a way to connect with audiences who cannot be reached on TV alone. Campaigns which achieved a TV reach of 70%+ and included TRANSIT.TV™, all benefitted from double (or triple) campaign frequency, due to high overlaps in exposure.

“With the new look and feel and expanded offering, not only are we changing and adapting in order to offer advertisers an effective digital media platform, but we’re leading the change,” concludes Naidu.

Transit Ads is an innovative brand with a service offering to match. Imbued with a culture of continually researching the needs and habits of commuters and objectives of brands, it provides impactful and high-reaching advertising solutions, characterised by competitive costs and high recall levels.