#Hashtag social activism: What next? 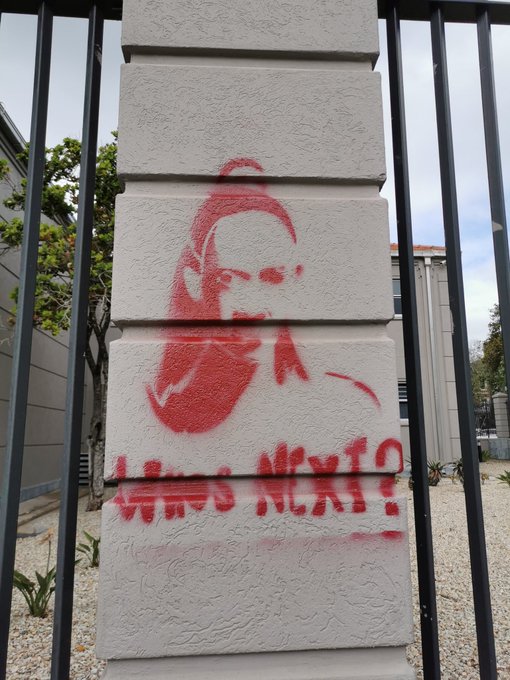 The brutal, tragic murder of Uyinene Mrwetyana cast a pall over the country, and ignited a wave of protests that received global attention with a piece in The New Yorker, further buoyed by the Duchess of Sussex’s visit to the slain student’s memorial at the site of her murder, followed by a stirring speech she gave at Johannesburg’s High Commission.

Mrwetyana became the face of the #AmINext campaign, not least because of the manner in which she died (on a routine errand to the local Post Office) but more so because her friends and family rallied the nation in the week following her disappearance and before her body was found, sending the hashtag #BringNeneHome trending on social media.

This week, the Mrwetyana appealed to the public to refrain from using her name to cash in on her tragedy, citing crowdfunding initiatives, the establishment of anti-gender-based violence NGOs, an upcoming book and several social media profiles using her name. This, says the family, is “unethical, misleading, insensitive and dishonest.

While acknowledging initiatives by UCT, Kingswood College and Rhodes University – who Mrwetyana was affiliated with – the family is in the process of initiating a foundation in Uyinene’s name and have requested that the public do not support unrecognised projects.

The Mrwetyana family’s announcement echoes that of the Steenkamps following the sensational trial of Oscar Pistorius for the murder of their daughter Reeva, which held the world transfixed due to the Paralympic athlete’s celebrity status. In August, the family announced the making of a documentary series, My Name is Reeva, and the launch of a fundraising campaign on Uprise.Africa.

The campaign proved unsuccessful, with no takers – but while crowdfunding may be a hit and miss affair, there’s little doubting the power of the hashtag when it comes to online activism.

Mrwetyana’s murder came at a critical juncture for women raising awareness of GBV. Not only did it intersect with the increasing number of deaths and disappearances of women and children, it happened as #Women’sMonth was drawing to a close, with various summits, symposiums and events celebrating women’s progress – and highlighting the threats to our safety and freedom. So the viral strands of personal stories under the #AmINext campaign were hardly surprising.

Yet the movement is not new: #AmINext was launched in Canada in September 2014 by Inuit Canadian Holly Jarrett, as a Change.org petition to draw attention to the increasing rate of missing and murdered indigenous women in the country, following the murder of her cousin Lorraine Saunders.

Prime minister Justin Trudeau addressed the issue in his electoral campaign, and followed through on his promise to hold a national inquiry into the matter.

And while President Cyril Ramaphosa did not take up poet and activist Koleka Putuma’s Twitter shout out to declare gender-based violence a state of emergency, he too, was not immune to the clarion call of the nation. He met with protestors at Parliament, called for the joint sitting of the National Assembly and National Council of Provinces to focus on the GBV crisis, and announced a special fund to combat femicide.

This, more than a year after the #100MenMarch in July 2018, and the launch of the #TotalShutdown Movement the following month, and Brand SA’s #IAM campaign in February.

Twitter is where the hashtag first gained prominence on social media, and the use of the platform for activism, aka the ‘Twitter Revolution’, started in 2011 with the Arab Spring protests. These started in Tunisia and quickly spread to other North African and Middle Eastern countries. The result was a Tunisian transition to constitutional democratic governance, and a world more aware of authoritarianism and oppression in the region.

Various campaigns since then have caught global attention, most notably the #BlackLivesMatter (2013) and #MeToo (2017) movements, both of which are still active and prominent. In South Africa, the #FeesMustFall (2015) campaign against an increase in student fees not only had its wish granted, but also led to the 2018 national bursary scheme for poor and working class students. Female activists took the campaign even further, highlighting the country’s rape crisis in 2015/2016 with the #RhodesMustFall, #OpenStellenbosch, #EndRapeCulture, and #FeesMustFall campaigns.

There’s no accounting for why some hashtag campaigns trend or go viral, and others fade into the ether. What is clear is that social media allowed activists to ampify their message – and bring about change.