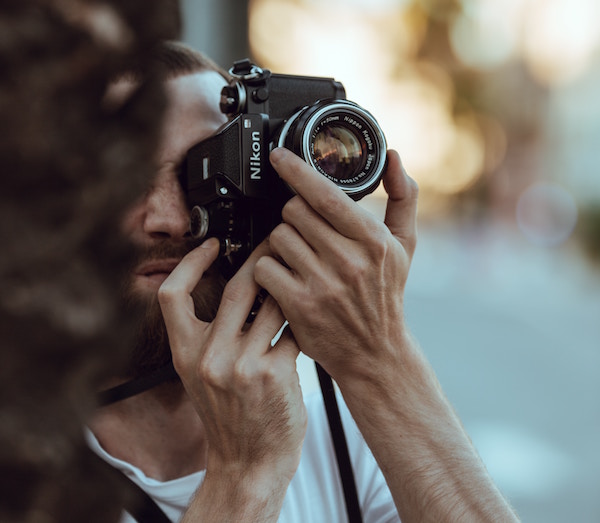 A number of staff at the African News Agency (ANA) in South Africa are set to leave the agency by the end of October following a restructuring process that started in early September.

The ANA staff exodus follows the departure of ANA CFO Lisa de Villiers at the end of September, and the resignation of ANA CEO Grant Fredericks, who left the company at the beginning of October, according to sources close to ANA.

This is another blow for companies associated with Dr Iqbal Survé, who has faced intense scrutiny at the Mpati Commission related to controversial deals he has done with Public Investment Corporation (PIC).

Survé heads Sekunjalo Investments, which has a controlling stake in Independent Media. This company has been reported significant losses and faces liquidation for defaulting on a PIC loan.

Valentine Dzvova, the ANA acting CEO, said in reply to questions that 25 ANA staff had received Section 189 notices in terms of the Labour Relations Act in September.

These staff included reporters as well as employees involved in commercial, marketing, administration, and finance roles, she said.

ANA’s photographers weren’t subjected to the restructuring, a source close to the agency said.

“The new structure had positions for all the staff affected by this restructure, therefore there were no job losses at ANA. However, some staff elected to apply for voluntary severance packages, a process which the company has also now concluded,” Dzvova said.

Of the people who were issued restructuring notices, seven had taken voluntary severance packages and their last day at work would be 31 October, Dzvova added.

However, a source close to ANA said he majority of the ANA people “are going to take packages and leave at the end of the month. Everyone desperately wants to leave”.

Noseweek magazine this week reported that ANA would shut down its domestic newswire service at the end of this month.

Not closing its doors

However, Dzvova said that the agency was not considering closing its doors.

“ANA’s new business strategy will see it expand its presence through media partnerships across the African continent and commercialise its content outside of Africa,” Dzvova said.

According to Dzvova’s LinkedIn profile, she is a chartered accountant and has been the group financial manager of Independent Media’s digital division since 2015.

In early September, ANA issued a statement where it said that it would start a restructuring process due to “declining revenues, increasing costs and continued competition in the traditional and syndication media space”.

Read more: Jobs on the line at ANA, Independent Media

In addition to these pressures, ANA has lost major clients, including The Citizen and eNCA, and this would have had an impact on its viability.

Fredericks declined to comment about his departure when contacted on his cell phone. Fredericks’ LinkedIn profile shows that he took up the role of ANA CEO in April 2016. However, the Sagarmatha Technologies pre-listing statement, issued for its aborted 2018 listing, shows that Fredericks was appointed to his job at the start of February 2016.

De Villiers’ LinkedIn profile shows she started at ANA in August 2015 and left at the end of September 2019. When contacted on her cell phone, De Villiers confirmed that she was the former ANA CFO but declined to comment further.

TheMediaOnline tried to get a comment from ANA editor Lindiz van Zille. When contacted on his cell phone Van Zille declined to comment and referred all queries to ANA spokesperson, Kaz Henderson.

The Sagarmatha’s pre-listing statement indicated that ANA had 26 staff based in Cape Town, Johannesburg and Durban. However, a LinkedIn search shows that ANA has had journalists in based in Pretoria and Port Elizabeth too.

ANA in March 2015 bought the South African Press Association’s (Sapa) assets, which included the brand name, news and pictures archives. Many of the existing ANA team joined the company straight from Sapa after its closure.

In a story in September, the Daily Maverick said that ANA had bought Sapa’s assets for an estimated R8 million.

In contrast, in the Sagarmatha pre-listing statement it says that on 31 December 2016, Sagarmatha acquired a further 20% shareholding in ANA from Sekunjalo Investments for R553 million.

Such an acquisition price would have valued ANA at R2.7 billion.

The Citizen’s ANA subscription ended in July and replaced it with a subscription to News24 Wire on 1 August, according to a source close to The Citizen.

Eureka Zandberg, the publisher of The Citizen, confirmed this. The Citizen first took out its ANA subscription after the news agency started operations in March 2015 following the gap created in the market by the closure of the Sapa.

“Sapa left a void regarding wire services, especially over the weekends. The Citizen publishes a newspaper six days a week,” Zandberg adding that it was a “business decision” to end the ANA subscription.

“We review all service contracts when they expire. In this instance we have made a decision based on business needs,” Zandberg said.

However, a source said that The Citizen had decided to end its ANA subscription because of a “combination of being perturbed by Iqbal Survé and concerned by the revelations around what is going on at Independent”.

“There has been disquiet about Independent for a while but they have largely been in the background. This disquiet reached a point where it was untenable to have that association [between The Citizen and ANA],” the source said.

eNCA head of operations Jody Jacobs said that eNCA had stopped using ANA at the end of November 2018.

“We decided to terminate the contract based on the changing operational needs of the company in an increasingly competitive television news market where stations constantly have to evaluate news source supplier agreements,” Jacobs said.

Susan Lombaard, Maroela Media executive director, confirmed that her company had had an ANA subscription since 2015. Lombaard said that Maroela used the agency for international content and pictures, pictures of local news events, news diaries, and court reports.

ANA also allowed Maroela to rewrite and translate their content, as opposed to other newswires that do not allow translations or rewriting of content, she said.

“We heard some rumours about ANA. We did see a decline in the quality and variety of their content, which gave us the impression that everything is not going well,” Lombaard said.

The company was unaware of the departure of the ANA CEO and CFO and that some reporters were leaving, she said. “That said, we have a contingency plan in place,” she said.

Lutfia Vayej, group executive for marketing and communication at Independent Media, said: “Voluntary severance packages were offered to Independent Media staff in April and again in September this year.”

In April and September, a total of 57 people took pay-outs and left the company, she said.

According to Vayej, of the 28 people who took packages in April, one held an editorial position, four were production staff and the rest of the successful applications were maintenance and administrative staff.

On the other hand, she said that the majority of the 29 people who took packages in September were administrative staff while one person held an editorial role, she said.

Independent Media has been cutting jobs since 2015. According to the 2018 Wits State of the Newsroom report, Independent Media cut 50 jobs in 2015, then 70 jobs were lost through retrenchments in November 2016 and again in 2018 Independent looked at cutting a further round of jobs.

The Sagarmatha pre-listing statement showed that the Sekunjalo Independent Media (SIM) had an accumulated loss of R752 million as of 30 June 2017.

As of 30 June 2017, SIM had total liabilities of R2.9 billion and total assets of almost R2.4 billion, which meant the company’s liabilities were almost R500 million greater than its assets and thus at the time the company was technically insolvent.

Due to its financial difficulties, Independent Media in August 2018 defaulted on a loan payment to the PIC.

This month, the PIC indicated that it would move to liquidate Independent Media to recover the debt and interest owed to it.

Justin Brown is a freelance journalist. He has over 20 years of journalism experience. He was until recently the business editor at City Press. Prior to joining City Press he worked for The Star’s Business Report for almost 10 years. He holds a four-year Bachelor of Journalism degree from Rhodes University and a Bachelor of Commerce degree from the University of South Africa.