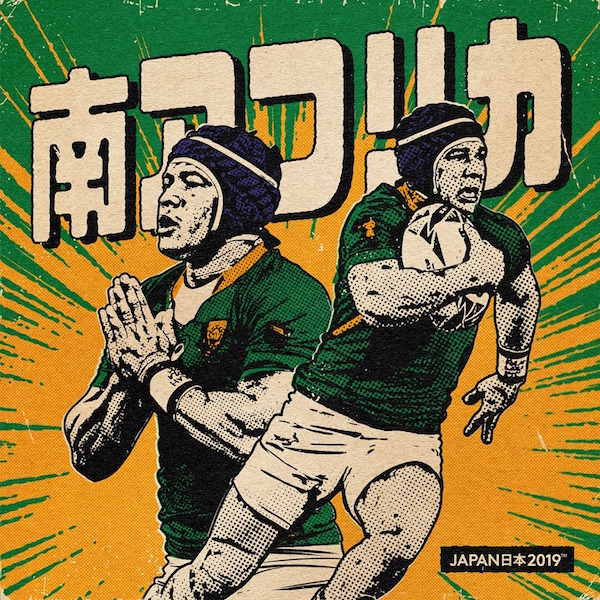 Who’s watching the Rugby World Cup – and where? That’s one of the burning questions Leon Louw wants Icasa to answer.

The co-founder and executive director of the Free Market Foundation(FMF) hosted a press luncheon this week to highlight the conundrum of who will really pay for ‘free-to-air’ coverage of the games currently lighting up global television if the parastatal’s “heavy-handed and unnecessary” Draft Sport Broadcasting Services Regulations are to be implemented.

“We just don’t see how we can be polite about it,” he quipped. “There was no consultation, no consumer input, and no understanding of competition and how it works,” adds Louw, whose ire is directed at several stipulations in the draft, and its broader implications on sport, viewers, and the broadcast market itself.”

The question of MultiChoice’s dominance of sports broadcasting rights, and the SABC’s financial inability to meet public demand for these broadcasts, no doubt led to Icasa’s foray into the market, and its demand for compulsory “full live” coverage of “national sporting events” by free-to-air broadcasters – but this, notes Louw, has been done with little assessment, and even less foresight.

That access to sports broadcasts needs to broaden to all is a given, notes Louw. “But how – and what is the data on access? Do we even know the extent to which the poor don’t have access? If you’ve not defined the problem, how do you draft regulation to fix it?”

Icasa’s proposal, he says, is riddled with flaws. “Under the pretext of increasing ‘free-to-air’ broadcasting, Icasa proposes the destruction of the rights and interests of sports bodies, participants, broadcasters and, most seriously, consumers. It wants the elimination of freedom of choice and contract, and wants bureaucrats, devoid of relevant qualifications or experience, to decide the minutiae of who may, may not and must broadcast sport.”

To be fair, Louw is not alone in his interpretation of Icasa’s dubious attempt to “reach a wider audience and strike a balance between audience and revenue”. Even free to air channels such as e.tv and Kwese TV – who is in the process of being granted a broadcasting licence – have raised concerns about the cost of acquiring the sports broadcasting rights, the restriction on advertising and the restriction on ownership of teams by broadcasters.

MultiChoice, FIFA, and Rugby World Cup all believe Icasa has neither the power to prohibit exclusive broadcasting rights nor to compel broadcasting – and most stakeholders have pointed to vagaries of definitions and terms that muddies the purpose, intent and impact of the proposed regulations.

The difference, says Louw, is that the 42 stakeholders who have entered submissions have been rather polite in doing so, for fear of reprisals. As a non-profit lobbyist FMF – founded 45 years ago to counter apartheid – cannot be “victimised or intimidated,” hence Louw’s unequivocal stance, succinctly summarised in this Business Live article.

Icasa published the Draft Regulations in the Government Gazette last December, initially setting a 15 March 2019 deadline for written submissions. That deadline has thrice been extended throughout the year, with the final being 4 October. Some 42 submissions have been received, from an array of stakeholders that include e.tv, Kwese TV, M-Net, MultiChoice and local and international sporting bodies ICC, FIFA, the International Olympic Committee and more…all of whom agree, in polite terms, with the FMF.

According to Icasa spokesperson Paseka Maleka: “There is no set date or timeline for an update on proceedings – you know how these things change – but I can confirm that the committee is reviewing submissions at the moment.”

Read the full Draft Regulations, and the various submissions by stakeholders here.

Thanks to load shedding, this article comes to you from a coffee shop/sports bar showing with a 24-hour tune in to the Rugby World Cup.