Total community radio onslaught: Or is it? 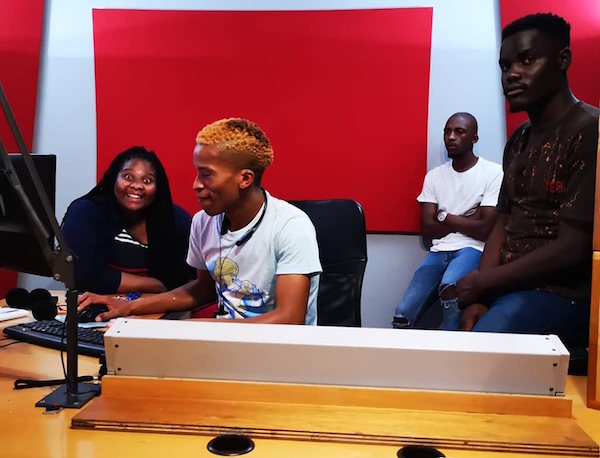 ICASA has not “shut down” 43 community radio stations, and it is not conducting an “onslaught” against the sector, the broadcasting body says.

The NCRF on Sunday issued a statement in which it said its central executive committee (CEC) had met in Durban over the weekend to “formulate a plan of action to respond to ICASA having shut down 43 community radio stations. The CEC has noted that this is the second onslaught on the community radio sector, where over 40 stations have either been shut down or threatened to be shut down”.

The stations that were shutdown, or received notification they would be closed “were afforded an opportunity to regularise their affairs but failed to do so. ICASA is therefore duty-bound to enforce the law and shut them down as it would be unlawful to allow them to continue to operate without licences”, it said.

The community broadcast sector came under fire recently for failing to pay Sentech distribution costs, with 15 being suspended in their efforts to recoup over R33 million in outstanding fees.

But this week’s threatened shut down was not about Sentech, but about compliance, said director of the Wits Radio Academy, Franz Kruger. “We have seen this at work with the Wits campus station; Voice of Wit’s licence renewal application – the requirements have become very strict all of a sudden,” he said.

Kruger said community radio has been “poorly regulated” for a long time. “Compliance is not a bad thing in principle. But I think that ICASA also has questions to answer. Having let things slide for a very long time, it is unfair now to take such a sudden and draconian approach. There should be an effort to enable stations to comply. The approach needs to be supportive rather than punitive,” he said.

The Media Connection, which specialises in community radio advertising, said it respected ICASA’s role, but supported the NCRF’s call for ICASA to be more progressive in “considering the merits of each station that submitted their license renewal late, and work with the station to better understand the new Community Broadcasting regulations as gazetted in the first quarter of 2019”.

It said community radio remains a reliable, hyper targeted information platform for communities that produce programmes that appeal to local communities and delivers critical audiences to advertisers. “The closure of these stations will not only result in the loss of such valuable communication platforms for communities and advertisers alike but will also result in major job losses of 700 mainly young people employed across the 29 stations,” it said.

ICASA CEO, Willington Ngwepe, said ICASA appreciated and supported the “critical role” played by community radio in promoting social cohesion, fostering diversity and uplifting or empowering communities. At the same time, he said, “ICASA will neither promote nor allow illegal broadcasting and illegal use of the radio frequency spectrum. It is for this reason that the closing down of any community radio station or any other licensee becomes a step that is taken as an absolutely last resort, after repeated instances of non-compliance and repeated attempts on the side of the Authority to get the licensees to remedy same”.

ICASA said it had made an effort to deal with the challenges within the community broadcasting sector by conducting a review of the regulatory framework and introducing revised Community Broadcasting Service Regulations that were published on 22 March 2019. It then lifted the moratorium on licencing new stations and invited prospective applicants to pre-register by 31 October 2019. It included a list of available frequencies in each district.

It also said it would hold informative workshops across the country to brief stakeholders on licence requirements and regulations. “ICASA believes that these workshops will afford the community broadcasting sector an opportunity to engage and get clarity on the new regulatory framework and associated licensing process,” it said.

Franz reckons this initiative is “late in the day” if a number of stations had already been taken off air. “It would also be useful to know which stations those are – there are quite a few that have been licenced where the licence has not been used. If those have their licences withdrawn, that would be fine. But I’m aware of two who were certainly functional. And it is also important to make sure that requirements are reasonable,” he said.

The NCRF remain unimpressed, accusing government of failing to support the sector. It said government had promised to spend 30% of its advertising budget in support of community media, and to bail out the Sentech costs.

“The real threat to the community radio sector is that it has become easier for the state to close community media projects,” it said following the weekend meeting.

“That is risky for media freedom and diversity in South Africa. Community radio in South Africa is under attack by stakeholders who should be empowering the advances we made over the last 25 years, and not destroying them. Furthermore, community radio is the mouthpiece of the people. ICASA says it is not in the business of shutting down community radio, yet its closing down of 43 radio stations is contrary to what they say.”

Executive director of Media Monitoring Africa, William Bird, sad the sector is in crisis, and that the NCRF was part of the problem. “This doesn’t excuse the role played by the regulator, who we know has also experienced significant challenges,” he said. “Like most things in our country, the mess we find ourselves in has many root causes, and many responsible entities. That said, it is clear the sector has been left with little support and resources.”

ICASA said it would be “helpful” for the NCRF to collaborate with them in an effort to help compliance in the sector. “Such collaboration is essential to ensure sustainability of the sector so that it can fulfil its critical mandate in society,” Ngwepe said.

Long-standing community radio station in Cape Town, Bush Radio, recently launched a crowdfunding campaign to help it stay afloat It said it was “concerned to learn of developments” to close certain stations. It said while the nation commemorated Black Wednesday on Saturday, the day in which the apartheid government banned several newspapers, organisations and journalists”, Icasa had threatened to close stations. “The effect will be the same as then – limiting media freedom and alternative voices in the broadcast sector

“Bush Radio strongly urges our democratically elected government to intervene in this matter. We ask ICASA to look at a positive resolution to help secure the future of the community radio sector.”