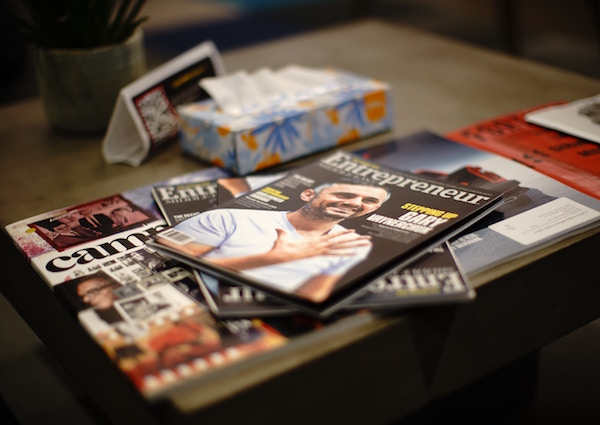 With the fluctuating rand and the challenges faced by print media worldwide, it’s clear magazines publishing under licence in South Africa are having a hard time.

The recent closure of Entrepreneur magazine in South Africa highlights key issues faced by publishers, especially those that bring international media brands into the local market under licence.

The once popular publication shut down at the end of August after having launched in April 2006. The closure resulted in about 10 people losing their jobs. Entrepreneur Media South Africa held the local licence from the US-based Entrepreneur magazine. The closure was partly due to issues around the cost of the licence fees from the US parent company amid the weakening in the US dollar/rand exchange rate. Other factors to weigh on the publication included increased pressure from advertisers to provide discounted rates and difficulties in dealing with the onslaught of digital change.

“The revenue model for the magazine no longer worked,” a source close to the former publication said.

A former contributor to the magazine, who wished not to be named, said that she was “saddened” and “surprised” to hear about the publication’s closure. “The magazine promoted so many entrepreneurs,” she said.

The shutdown is yet another example of an international publication that set up locally but ultimately couldn’t be sustained. Others that spring to mind are Marie Claire and Huffington Post.

Britta Reid, a Johannesburg-based independent media consultant, said that the closure of several publications produced under international licences was “certainly a trend”.

Reid says that the wider trend was that many local publications were struggling to reinvent themselves amid an evolving media ecosystem. A weakening rand exchange rate was just one of many challenges that local publishers faced, including declining circulations, cover price declines and declining print advertising revenue, which was not being offset by an uptick in digital revenue.

Stuff magazine publisher and editor-in-chief, Toby Shapshak, says it is getting harder to publish profitably in South Africa, especially for foreign-owned titles that charged fees in US dollars, Euros or British sterling.

The local Stuff magazine is produced under license from a British company.

On the other hand, Danielle Weakley, editorial director for the South African editions of both Women’s Health and Men’s Health, says she didn’t believe that there was any trend emerging related to the international licenced publications.

Where the magic lies

“Media brands under licence should be beholden to the same set of strategic insights as any local brand; the only real difference is an additional cost of licencing fees. But if your brand is evolving to meet the needs of the audience and the ever-changing digital landscape, it shouldn’t make a difference whether you’re under licence or not,” Weakley says.

“Working on a brand like Women’s Health has seen us – in 10 years – go from being a website and a monthly magazine to being a content brand that serves up a monthly magazine, stand-alone bookazines, digital fitness and weight loss pay gates, a website, social media…workout and food videos, a fitness influencer programme and a robust portfolio of ticketed events – like Fit Night Out. And we’re still growing. That’s where the magic is… Invest in diversifying what you have,” she adds.

Bringing an international magazine into South Africa under licence meant buying into a well-established brand that offered brand awareness, strategic direction, a flow of ideas and insights from a network of editions worldwide, she added.

Reid says that producing a local edition of a major international title comes with the assurance that the formula had been successfully developed and tested. “It might also offer easier access to a pool of international advertisers who have supported the publication in other countries and are confident that it deserves a place on their schedules,” she says.

Shapshak believes taking out a licence meant you were buying a lot of useful stories and features. However, he warns that the cost of foreign currency licence fees could be prohibitive, especially when the rand fluctuated. Reid believes that the major challenge was to adapt the international formula to the requirements and idiosyncrasies of the local market. “Managing that successfully will be determined by local skill and insight but also by the latitude given within the licence,” she said.

Unlike Weakley, Julia Raphaely, CEO of Associated Media Publishing, which publishes magazines like Cosmopolitan, thinks there is a trend of local publications under international licence closing.

“The entire publishing model as we know it is in the midst of huge change, which requires substantial investment in building an omni-channel ecosystem and therefore is a very risky space for anyone. Added to that, the international licencing model as it stands rests on a fixed term, which usually favours the licensor, and built-in guarantees in a foreign currency… Your hard-working rands will need to absorb a US dollar or Euro guarantee before anything else gets taken care of.”

Reid recommends that before bringing in an international licence it is vital to determine whether there is a real need for the publication. “They would also need to consider whether the title had already travelled a long way down the road of digital innovation as well as the development of alternative revenue streams,” she adds.

But despite the closure of Enterpreneur magazine’s local edition, the South African media and communications sector is still bringing in internationally licenced products, although perhaps in a different way.

This was evidenced in early October when local communication agency King James announced that it had concluded a deal with Cedar Communications in the UK to take over a licencing agreement in southern Africa by acquiring a majority stake in content marketing agency Cedar South Africa.

This move will add content publishing, which is a form of marketing, to King James’ offering.

Justin Brown is a freelance journalist. He has over 20 years of journalism experience. He was until recently the business editor at City Press. Prior to joining City Press he worked for The Star’s Business Report for almost 10 years. He holds a four-year Bachelor of Journalism degree from Rhodes University and a Bachelor of Commerce degree from the University of South Africa.