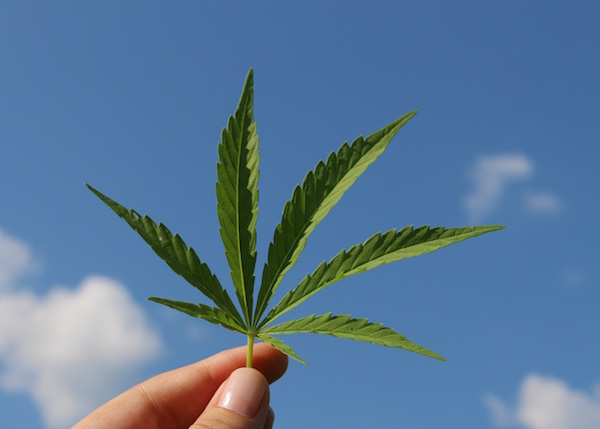 The laws around cannabis use have relaxed, and there’s a huge industry out there waiting to be marketed. Industry specialists talk about the way forward.

It is tough and expensive to have an ad flighted during the Super Bowl. In 2019, for the first time, an advertisement featuring cannabis came close, but was ultimately discarded because it was not consistent with TV network CBS’s advertising policy.

Nevertheless, the head of the US Cannabis Marketing Association, Lisa Buffo, was delighted. “The fact that an ad was even considered for the Super Bowl shows that we’ve turned a corner,” she told The Guardian newspaper. The ad was for Acreage Holdings, a marijuana and cannabis investment firm and start-up, and focused on the medical aspects of the controversial plant.

President of the company, George Allen, said while they were disappointed their ad – and $5 million budget – had been turned down, they weren’t surprised. As long as marijuana remained illegal for recreational and medical purposes on a federal level, it would be difficult to get buy-in from major media companies. Cannabis is now legal in 33 states in the US.

Cut to South Africa, where we are in the initial stages of legalisation. CBD oil, an extract from the plant, is legal – for now, and the Constitutional Court has said personal use of dagga in a private space is not a criminal offence. Deputy chief justice Raymond Zondo ruled certain sections of the Drug Act and the Medicines Act were unconstitutional and invalid, infringed on a person’s right to privacy, and gave Parliament 24 months to correct the constitutional defects.

South Africans were ecstatic. The ruling opened the floodgates for everything from cannabis-related products to plant foods sold in nurseries and even a competition to grow the nation’s biggest bud. It also created questions around the need for some rules of engagement in terms of advertising and marketing.

A series of Cannabis expos held in major cities showed the level of interest in cannabis from a consumer and business perspective. Although a series of such expos have been held in major cities around the country, The Cannabis Expo is the biggest of its kind on the African continent and fast become Africa’s gateway to the global cannabis industry. The South African media are open to reporting on the emerging industry, as has been seen across various platforms and publications. Their efforts, together with those of The Cannabis Expo, have attracted global attention with exhibitors, guests and government departments flocking in from as far afield as Netherlands and Australia to Mozambique and Botswana.

It was the “Wild West”, as one visitor said of the Cape Town expo, hosting everything from cannabis-infused water and alcoholic drinks, to teas and chocolates and lollipops, to growing systems, lighting, agricultural equipment, CBD oil products for humans and animals, clothes and fabrics, and of course, recreational smoking accessories. The expos did, however, give insight into what an unregulated and confusing space this is right now.

Buffo established the American Cannabis Marketing Association “in response to the unprecedented challenges cannabis communications professionals were experiencing”. Industry marketers, she said, were unable to use traditional marketing tactics and technology such as paid advertising, social media or digital outlets. Unclear regulations, fragmented markets and a “pervasive perception problem”, left marketers with the task of rebranding cannabis.

South Africa could certainly benefit from a cannabis marketing council as part of an industry body, says Peter Searll, founder of cellular plant food company enOrmus Bud and the man who ran the successful growing competition. Industry guidelines will need to be established, he says, not dissimilar to alcohol or tobacco and other adult matter.

“The plant has been stigmatised over many years, and all of the potential benefits may not be realised without a perceptual shift. This includes the use of hemp (the non-psychoactive sister), which has so many uses. These include medicine, food (hemp seed is a superfood), and brilliant fibre for fabric. It can be used for biofuel and building materials and many other things. It seems ludicrous that it is still illegal, as it could be at the epicentre of an amazing green economic resurgence. A marketing council could stimulate this revival.”

Someone with major experience in this field is CEO of Elixinol South Africa, Anthony Cohen. He was one of the founding members of the UK’s Cannabis Traders Association (CTA), set up to regulate the CBD industry. It’s been instrumental in the formation of the UK’s policy on marijuana and CBD. “There is a lot of sensationalism, mistrust and misconception around both the sale and consumption of CBD products. We’re now seeing people jumping on the bandwagon with a range of local and imported products available,” he says.

“However there are many dangers and pitfalls for both the consumer and the producer to be aware of. We are now working with the regulators to create a viable, regulatory framework for the sale of honest, legal CBD products, that have been analysed, certified and tested, in order to protect both the public and the industry itself.”

Entrepreneur Liam la Grange, founder of Hey Bud, which manufactures hydroponic grow boxes among other related products, says building a new industry means creating a foundation that is ethical in terms of marketing and providing consumers with correct information. Like Searll and Cohen, he believes education and creating conversations is key. “When I studied the legal industry in California, I realised that the best marketing tools farmers had were creating a story or narrative behind their farms, much like the wine industry has done,” he says. Currently word of mouth is his best way of driving sales, and he does use social media, but admits it is quite challenging to get around the Facebook/Instagram guidelines.

“Yes, we have had our Instagram page banned and had posts removed from both Facebook and Instagram. However I fully understand that these companies had an algorithm in place when cannabis was illegal and once we got in contact with Instagram, they unbanned our page. I do believe that in a couple of years advertising cannabis products on social media will be like marketing any other product,” La Grange adds.

The ‘Dagga Couple’ are well-known activists. Myrtle and Jeremy Clarke run an NPO, Fields of Green For All, the result of a “heavy-handed” arrest in 2010. Police were in search of a “‘drug lab”’ and found “a quiet middle-aged couple in their pyjamas”. That set them on the road to activism, and a mission to have dagga legalised. “The marketing of cannabis should be no more restrictive than that of alcohol or tobacco,” says Myrtle Clarke. “Cannabis is proven to be far less dangerous to society than both those legal narcotics, so a level of marketing with that in mind is foremost.”

But the whole business of a cannabis business “is a bit like putting the cart before the horse,” she says. “We deal with dagga arrests daily, urine testing, the child custody battles, the continuing stigma and a police force mostly out of control. An apology from the government and reparations for all those cannabis prisoners over the years would be a good start. How about we give them the front of the queue when the government, like rabbits in the headlights, is handing out lucrative licences to foreign corporations? Then we can talk cannabis business marketing,” she reckons.

Nevertheless, thinking about dagga and its potential economic impact has entered the mainstream. Businessman Jonny Katz recently opened an upmarket CBD shop in central Cape Town, Goodleaf. He believes marketing around cannabis products has to distinguish between the “good leaf” and the “bad leaf”.

“We have to be responsible, and acknowledge we’re dealing with a substance (THC) that has its dangers. If and when THC is legalised, we need a framework that is sensitive to children, for example,” Katz says.

Katz says the response to his shop has been phenomenal. His marketing efforts centre on his website and social media and SEO, as well as word of mouth. And good old-fashioned service in a “pleasant retail theatre”. Stories around brands are important, but at this point, it’s about “educate educate educate”. “There’s so much talk, and it’s not always accurate,” he says.

Mike Saunders is head of African Pure, which produces a range of CBD oils, and a digital marketing man to boot. He plays in the e-commerce space too. “We exist in a digital, tech-oriented world and needed to build digital virality and brand awareness as quickly as possible. Our approach overlaps traditional word of mouth by using evangelists speaking to large audiences about the products,” he says.

At the same time, Saunders used a search strategy to identify powerful keywords and sites, and used discounts to wholesalers to develop a larger footprint for his products. Social media plays a role, but as others have said, US legislation is highly prescriptive. “We decided to stick within the confines of what platforms allow,” says Saunders.

Clifford Giesenow of Taste of Cannabis imports lollipops, chocolates, chewing gum, and teas as well as smoking accessories. He too believes the first major marketing push needs to be around education: “Health benefits, use vs abuse and the dangers, hemp and agricultural use, how to engage with it”.

Giesenow believes some kind of association is needed. “Right now, technically speaking, it is still illegal to advertise or market cannabis anything. The Drugs Act and Medicines Act are changing and no doubt the advertising laws will need to change also. An industry voice to engage government in this regard would be useful, especially as it relates to advertising and promoting to underage users. In the US, for example, product packaging and advertising comes with strict warnings.”

Giesenow says it is vital the industry is regulated and taxed as soon as possible so it can “get going properly”.

“Warning labels on product and product testing and efficacy is a must. We must legitimise and embrace this miracle plant so that the economic and health benefits can be felt by all,” he says. “Educate, empower and enable South Africans to use (not abuse) it for maximum benefit.”