A weekend’s worth of magazines to indulge in (with videos) 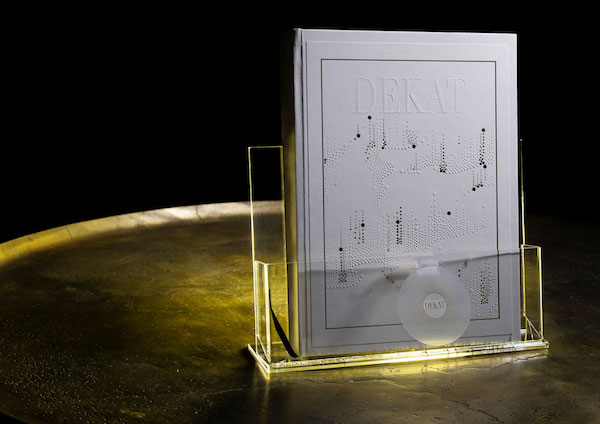 DEKAT has is celebrating 35 years of publishing with its first ever luxury edition. COSMOPOLITAN features a magnificent Pearl Thusi on its cover in its ‘Netflix issue’ while over at Good Housekeeping, Rachel Kolisi stars on the cover in collaboration with the Newborns Groote Schuur Trust.

Celebrating its 35th anniversary this year (an amazing achievement), DEKAT has published its first-ever LUXURY EDITION.

It’s a dream come true for editor and publisher Elzilda Becker. “With 35 years of trendsetting under its belt, DEKAT Magazine has lifted the bar once again with this limited luxury edition which was a year in the making. The 320-page, hand-finished book in art paper stock is truly a culmination of my dream for the brand,” says Becker.

She believes that with luxury finishes such as gold foiling, art endpapers, thread sewn finish, and embossing, the luxury edition promises to become a collectors’ item.

The first 500  books have been individually numbered with a personalised ex libris label and the owner’s name, and several ‘movers and shakers’ have received copies. The luxury book is now also prominently on display in Exclusive Books and Protea book stores.

Like DEKAT magazine, the luxury edition includes topical lead articles, lifestyle articles with the focus on art, culture, design & décor, bon vivant, motoring, food & wine and travel, as well as a corporate section. Unlike the bi-monthly and quarterly magazines which sported colourful and impactful covers, the impressive white-and-gold cover of the luxury edition symbolises the Aurora Borealis, thus confirming DEKAT’s commitment to conserving our planet for the sake of future generations, Beckers explains.

Becker has been the owner and publisher of DEKAT since 2002. “At the time the brand was struggling, but I bought the title because I implicitly believed in the value of the brand. The title was created with passion, and a lot of energy and investment were spent on creating brand equity. It was senseless to lose this investment because the existing format of the magazine was not generating a profit.”

DEKATv runs on SABC2 (Wednesday, 19:30), as “The medium of video and television is such an opportunity to invite a new viewer into our lounge, our house, our life”, Becker says, adding that they are currently pitching a new TV-series to SABC2, hoping  to shoot this partially overseas. “We are proud of how South Africans shine all over the world.”

“In a time where Netflix is one of the top five websites in the world in terms of traffic volume, and the COSMO girl spends (on average) three hours a day streaming video, this issue made complete sense for our series-obsessed, Millennial and Gen Z audience,” says editor, Holly Meadows.

The cover features Pearl Thusi, who is making waves in the first South African Netflix series, the action-packed Queen Sono. The cover was shot by 23 year-old, up-and-coming black female photographer Legae Sehlako (@blackmilk_ZA). The COSMO cover shoot was entirely styled, directed and shot by an all-female crew (who are all under 30 years old).

Thusi wears a fierce black bodysuit by designer Gert-Johan Coetzee. The African Khaleesi, as fans affectionately call her, plays the lead role in Queen Sono. From script to screen, this production celebrates talent from the continent to tell the story of an unconventional spy working for an undercover South African agency devoted to protecting the people of Africa.

And because Queen Sono is a production that was, in part, generated to uplift our exceptional local talent, Thusi decided she wanted to shine the spotlight on four rising stars she dubs as the next big things. In a conversation around opening up the industry, the audience gets to know television presenter Kuhle Adams (@kuhleadams) and actresses Mamarumo Marokane (mamarumo_m), Shonisani Masutha (@shonisani_m) and Ama Qamata (@amaqamata).

Inside COSMOPOLITAN’s inaugural Netflix Issue, readers can expect fangirl fashion (stylish goodies inspired by your best series) and the COSMO team invited local social-media influencers Luke Diva, Jade Robertson, Monica Kantani and Megan Farmer to dress up as their fave Netflix stars. You won’t be able to spot the difference.

One rand from each issue of Good Housekeeping magazine sold at Pick n Pay will be donated to the Newborns Groote Schuur Trust, a charity that helps support preemie babies and their families.

The magazine features Rachel Kolisi on the cover of its March/April issue. In an in-depth interview, the wife of Springbok rugby captain Siya Kolisi talks frankly about her childhood, the couple’s unique family and the details of her son’s premature birth. Their son Nicholas was born at 32 weeks. The couple knows the strain – both emotional and financial – that a premature baby brings, which is why they have aligned themselves with the Trust.

“Having been through the experience [of having a premature baby], supporting preemies and their moms is close to my heart. Siya and I often go to the Neo Natal Ward at Groote Schuur supported by the Newborns Trust – and to their fundraisers. We’ve experienced this and know how important good support is. We know the costs and what a strain they can be – especially if you don’t have medical aid,” Kolisi says.

In her most open interview yet, Rachel talks about some of her past struggles and how they have shaped her into the woman she is today. She says she hopes that by sharing the details of some of ‘the hardest seasons’ she has been through, she will be able to help those who might find themselves in similar situations.

Rachel also revealed that the couple will soon be making a documentary about their lives with Roc Nation, the global entertainment company founded by Jay-Z.

GH’s editor Sally Emery says it was an honour to have Rachel Kolisi on the cover, and that she was grateful that she gave such an open and frank interview, “giving our audience the opportunity to really get to know her and her family. To be doing this in collaboration with the Newborns Groote Schuur Trust means we can help spread the word about the Trust and the amazing work that it does, supporting vulnerable premature babies and their families. Good Housekeeping is the go-to brand for millennial moms in South Africa, and I know both Rachel’s story and the positive impact the Trust has on young families will resonate with them”.