LATEST NEWS
Home Advertising Facebook have just lost R120 billion! So what next?

Facebook have just lost R120 billion! So what next? 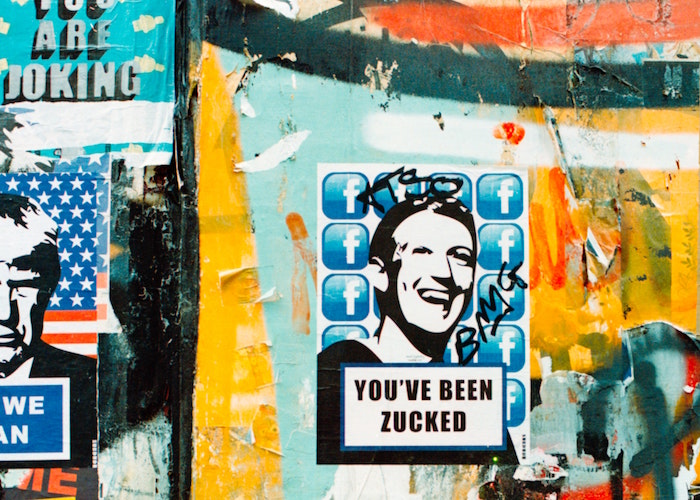 Advertisers are taking a stand against Facebook’s stance on hate speech and it is causing the share price to nosedive (8% down on Friday 26 June).

Since the killing of George Floyd at the hands of the Minnesota police in May 2020, the world has been taking a very deep, introspective look at itself. Many companies are owning up to systemic racism and consumers are starting to hold companies, celebrities, and individuals to account for the things that they do and say.

In the wake of the Black Lives Matter (BLM) movement, one of the things that has really come to the fore is the argument about free speech vs. hate speech.

Our view is that hate speech of any kind simply cannot be tolerated. To make anybody feel less than they should be because of our words is abhorrent. To belittle people, or discriminate against them because they are different, is not acceptable.

Globally, there is a feeling that social media platforms have been complicit in giving airtime to hate speech, veiled behind the curtain of freedom of speech and a stance against the censorship of content. While there is some merit in this, freedom of speech cannot ever be used to cover hate speech.

But the world is now taking a stand.

Some social media platforms are listening. Twitter has taken on Donald Trump, labelling some of his tweets a violation of their rules about abusive behaviour, or putting fact checking labels on some of his more outrageous statements. Snapchat has stopped promoting Trump’s account, meaning it will no longer be discoverable. Snapchat said that it would not “amplify voices who incite racial violence and injustice”.

Facebook, on the other hand, has been very reticent to follow suit. This has led to an internal staff revolt1 against Mark Zuckerberg, and more recently an initiative led by civil rights activists in the US to encourage advertisers to boycott the platform until reforms to Facebook’s policies are made.

They say Facebook has failed in a number of ways: by allowing posts that incite violence against #BLM protestors, for not removing holocaust denial content, by making right-wing website Breitbart a trusted news source, and for allowing the platform to be used to suppress voting because of fake news.

The initiative is gaining traction with some notably big global brands backing the boycott. So far, we have seen Coca-Cola, Diageo, Honda America, Levi Strauss, The North Face, Patagonia, Starbucks, Unilever, and Verizon all lending their support to this growing boycott. All in all, over 100 advertisers have joined the campaign.

But will it make a difference?

Facebook has over eight million advertisers. The vast majority of them are small, local businesses. Big advertisers only make up a small percentage of Facebook’s total ad revenue, and whilst it is admirable that these one hundred advertisers are taking a stand for what is right, their spend however, is just a drop in the big blue Facebook ocean.

Also, the majority of these brands are only “pausing” their advertising in the US. In my humble opinion, if they really wanted to make a statement, they should support the boycott on a global level – that might make more of an impact. Additionally, the boycott, in most instances is only slated for the month of July. But what about after July? Are black lives only important for a month? Is there a shelf-life on hate speech, fake news, and disinformation?

The bigger question is, will this actually force Facebook to make changes to their policies on hate speech and racism?

Boycotts of Facebook have come and gone – remember Cambridge Analytica? Advertisers boycotted Facebook then too. Consumers threatened to delete their Facebook accounts in protest. But nobody actually did. Facebook still grew by 2% in the quarter after the scandal broke. The advertisers all came back.

Why? Because Facebook is too valuable a platform to ignore. They are big. They have millions of consumers who spend an inordinate amount of time on the platform. Advertising works. While it is certainly admirable that big business is taking a stand like this, how long will it last? How long before profit trumps (not Donald) principle?

Will Facebook make the changes that everyone is campaigning for? Maybe. But if advertisers only boycott for a month, this will be a small blip on Facebook’s financial statement. The share price will recover. The revenues will return. For what it is worth, Facebook have made some platitudes to advertisers about closing the ‘trust deficit‘2 and Zuckerberg has in recent days made promises3 to do more.

Time will tell if this will an historic moment for change, or simply a small profit warning for shareholders in Q3 of 2020.

Richard Lord is Media & Operations Director at Meta Media, South Africa’s newest media agency, and part of the IPG global network. At Meta Media we don’t just look at the numbers, we dig deeper, we look for the story behind the story. We find the “so what” to give our clients the edge, to provide real solutions based on real insights. We are real, we are authentic. We are curious.