Giving readers what they want and need…for 18 years 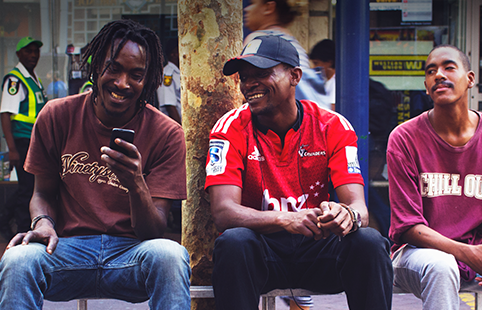 There aren’t too many newspaper Facebook sites that boast a whopping 1 940 028 followers. The Daily Sun, which recently celebrated its 18th birthday during one of the toughest economic environments in South Africa’s history, does.

Neither do South Africa’s tabloids have such longevity. Recently, Media24 announced that the Sunday Sun and Son of Sondag would be closed. The Daily Sun, while it might have lost circulation over the past few years, is still thriving.

The reason, said Daily Sun editor in chief, Mapula Nkosi, is the paper’s “keen understanding of the readers that we are serving and giving them the content they want and need”.

The Daily Sun, she added, speaks “the language of the readers from various kasis, suburbs and rural areas and deeply understand their social conditions, thereby offering them content that always empowers and entertains them”.

Nkosi said Daily Sun readers not only engaged with the content but have also formed a strong community known as ‘Sunland’. “Over the years this has given birth to a powerful SunPower brand where our more affluent readers volunteer to solve problems of our less fortunate readers,” she said.

In early May 2020, the Daily Sun published its last print issue of the newspaper for regions other than Gauteng, Limpopo, Mpumalanga and North West on Thursday. In the five remaining provinces – Western Cape, Eastern Cape, Northern Cape, Free State and KwaZulu-Natal – it is available digitally.

At first glance, this would seem odd, considering the issues of expensive data in South Africa. But as the Publisher Research Council of South Africa recently reported in its PAMS2019 release, there has been a 64% increase in smartphone penetration. As lead researcher Peter Langschmidt said at the time, “It’s “not a case of mobile first, it’s fast becoming a case of mobile only”.

He said with over 300 000 free wi-fi hotspots across the country, office usage and free mobile data services such as Moya, smartphones allow people to read everywhere – from commuter hubs to public spaces and stores. This has resulted in the rise of reading time.

“We are constantly engaged with our users on how they access and experience our content. A high percentage – more than 90% – of our online readers told us recently that our site is easy to use and highly comparable to other news sites,” Nkosi said. “We are cognisant that we have to compete largely with social media platforms for their data usage and this informs how we package our content. Quick and easily accessible news is key as most of our users utilise mobile phones and are regularly on the go. Up to 85% of all our users access us via cellphones and we know they also utilise free wi-fi hotspots in various cities during their daily commute.”

On the move to digital only editions, Nkosi said the move had seen healthy increases in the Eastern Cape and Free State, while KZN and the Western Cape remain the two largest provincial digital audiences outside Gauteng. “In fact, the Western Cape and KZN digital audiences have outnumbered print readership in those provinces for some time, so the transition from print to digital has been an ongoing and natural process,” she said.

With close to two million Facebook followers, the Daily Sun has a powerful social media presence. And it’s one the publication uses extensively.

“Facebook is our strongest referral channel by far,” Nkosi said. “The demographics mirror our site demographics very closely. We generate around 3.4 million engagements per week on Facebook with thousands of comments each day. Our Facebook channel is also monetised as part of our native advertising executions.”

Classic ‘red top’ tabloids are usually renowned for their headlines and street pole posters. It’s something the Daily Sun team take seriously. “The whole team discusses the posters at our afternoon diary conference meetings, but greater credit goes to both our news and production desks. We have lively debates about our posters at these meetings, with loads of laughter and fun amidst all the contestation,” Nkosi said.

Not fun, however, is the impact of Covid-19 and its impact on publishing and, of course, readers.

“We are on a constant evolution with our coverage of this pandemic. Our main focus is to give readers reliable information to counter a lot of fake news shared on social media platforms so that they can make well informed decisions,” Nkosi explained.

“We also use our various platforms to start important conversations around issues that concern our readers, especially where their rights are violated or where important state resources are wasted. And of course, we ensure that we amplify the African perspective when it comes to how our readers respond to challenges brought on by this pandemic.”

Corporate social investment, always important, has been scaled up. “We invested time and resources since the beginning of lockdown by amplifying our SunPower brand into a TV platform with the launch of our Sun’ceda TV programme on Mzansi Wethu last Thursday,” said Nkosi.

“Since 2 July, Mzansi can now see SunPower at work as we knock on many doors and highlight our readers’ unique challenges and step in to help them. In the next three months, we will help 13 families and this is highly needed during this crisis.”

Deon du Plessis, the Daily Sun’s founder, died in 2011 just before he was due to go on leave. What does Nkosi think he would say about the title’s ongoing success?

“We would like to think of Deon as a very important ancestor and guiding light whose values of innovation still influence the brand’s editorial uniqueness,” she said. “Our founding publisher always advocated for workers to have an important voice in our national discourse, and Daily Sun ensures that we do not stray away from that objective in our daily reporting.”