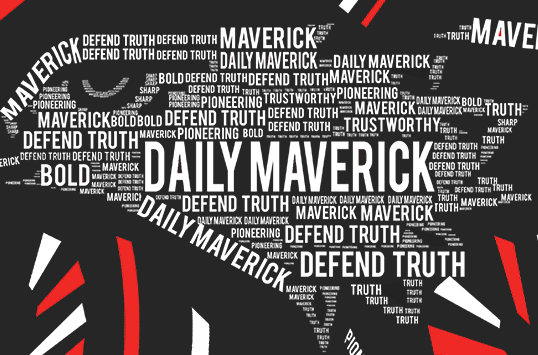 News that the Daily Maverick would shortly be launching an actual print newspaper in the middle of a pandemic and global decline in print media has been welcomed – mostly.

“Sign me up, I’ll have some of that,” said a former journalist on Facebook, while another person on Twitter posited, “It’s going to be Malema Weekly that thing”. Another, responding to the news that Pick n Pay was partnering in the venture via its SmartShopper card, called for a boycott of the retailer.

SmartShoppers will get the newspaper free after swiping their cards. [This model is not new for PnP as its massively successful Fresh Living magazine is distributed the same way.]

The move was always going to be controversial in some sectors, but Daily Maverick CEO and publisher, Styli Charalambous says the Pick n Pay deal is a “real win-win-win”.

“It was a suggestion from our printers after sharing our ambition to produce a free, quality weekend paper,” he said. “PnP were already clients of ours and believed in the cause while seeing the opportunity to get more of our readers into their stores by providing a great benefit to Smart Shoppers.”

The initial print run of Daily Maverick 168 is 25 000, but would be guided by the demand from prospective readers who register online to vote for their store.

“We’re taking a lot of the risk and guessing out of the equation and at the same time, servicing the needs of our readers. If a remote PnP store gets a ton of votes, we want to know that so that we can serve them,” he said.

Ahead of its launch, readers are being urged to vote for their nearest PnP to stock the Saturday paper.

“We’re coming at this as a digital-first publisher,” Charalambous explained. “From the voting of stores ahead of time to pre-launch marketing and data insights about readers. We say that we’re going back to the future with this, and it’s our belief that for a print publication to be successful it needs to be technologically driven and data-informed. We don’t have the conflict of digital versus legacy that many newspapers had because of our digital-native roots.”

It does on the surface appear to be a risky business, but Charalambous believes the research they’ve done has taken most of the fear factor out of the decision to buck the trends.

“We surveyed and spoke to our readers, staff and international media publishers. We also saw the demand for quality news skyrocket in lockdown and other studies that showed how the backlash against the screen was growing,” he said.

“We produced a dummy edition and surveyed those readers. All of this affirmed our hypothesis that people are really missing that quality weekend reading experience and if we can produce something that is accessible, in terms of cost and location – we might be able to reverse the trend of declining circulation numbers.”

Of course, it will be advertising driven, and Charalmbous says its proposition is, “Reach an influential and aspirational audience, who’ll spend more than a few hours each weekend with this paper, free from notifications and noise.”

He added, “It’ll be ad-supported to start with and as other opportunities arise to work with brands, we’ll be open to new ways of doing things.”

But in terms of content, it’s old school quality that matters to the publishers. “We’ve had an explosion in terms of breadth and volume of editorial in the last two years, so everything from politics, business, life, food, sport, civil society, climate crisis, cartoons, opinions, and international content. Everything you’d imagine from a quality weekly,” said Charalambous.

Still, other considerations had to be taken into account. Content from the daily online edition could be repurposed as “…We produce more original feature-length content than news publisher in the country so we have a mountain of great content to work with”.

But, said Charalambous, “we are reorganising our processes so that we can time new investigations and features on the day of publishing”.

At a time of mass retrenchments and job insecurity for media professionals, Daily Maverick will be hiring. “Yes, we are taking on a mixture of permanent and retained contractors, creating 10 new jobs in the industry to start with.”

That’s got to be good news.