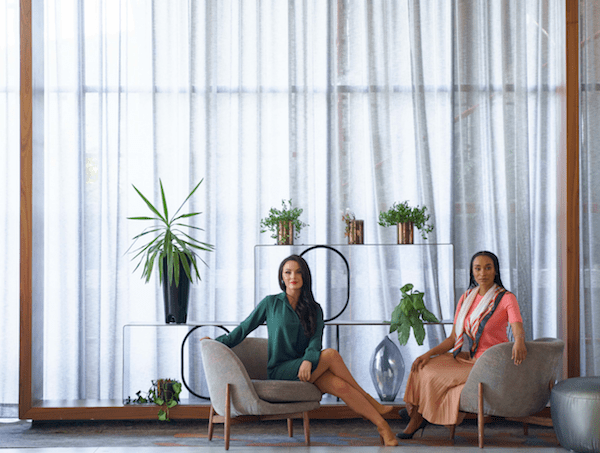 The founder of a successful, female-owned digital marketing agency believes a three-tiered game plan of flexibility, mentorship and supportive networks is key to overhauling predominantly male executive suites in a COVID-19 altered reality.

While the health crisis has taken a grim toll on lives and livelihoods, it has simultaneously presented an opportunity for corporate South Africa to change traditional gender narratives.

While the level of corporate gender sensitivity has increased in recent years, a huge amount of work remains to translate talk into action and establish impactful, sustainable corporate culture transformation.

The upper tier of business in South Africa is majority male-led. The gender wage gap decreased at the mean from 40% to 16% between 1993, to 2014, but this was largely a result of an enforced minimum wage, so it impacted those at a lower income level.

A recent study by a global management consulting firm revealed that 31% of South African companies had no women in senior leadership roles; only 22% of board members were women, of which only 7% were executive directors, only 10% of CEOS were women, and on the JSE this number was as low as 2.2%. Objectively, these stats reflect the fact that the talent of women is often sidelined, overlooked, and goes unrecognised for several social, cultural, and historical reasons.

A lack of flexibility as a critical factor impacting the growth and success of women. There is a strong case for remote work and agile working hours, highlighting the opportunity to pivot mindsets and operations as the country settles into a new rhythm of life and work.

I adopted the work-from-anywhere model eight years ago, so the lockdown has been business as usual for us. I personally never enjoyed working the nine-to-five slots, so my team isn’t compelled to either. Globally, women are also battling to juggle the responsibility of children and work, particularly during lockdown.

We’ve worked out timetables around our mums in the business that suit their children and us. It’s a win-win.

A culture of flexibility that nurtures an equitable work-life balance has attracted seasoned professional women from Africa, US and Europe. The different time zones allow us to be more flexible with our team. It also gives us great insight into how the rest of the world is dealing with this crisis, and global insight in general, making us a great well-rounded team.

For women to feel empowered in the workplace, it’s crucial that the leadership represents something you want to be or aspire to. It’s the reality that when people picture a successful entrepreneur that can build and scale a business, they picture a man. It’s also the reality that women themselves often assume certain things are not achievable or possible.

As a qualified NLP (neuro linguistic practitioner) business coach, I ensure that a strong sense of mentorship and structured coaching fuels personal growth within our team. We have mobilised my experience and position as a representative of the 30% Club in Southern Africa, an organisation that promotes gender diversity on boards and senior leadership teams, to help other female entrepreneurs fulfil their potential.

In addition to mentorship and agile working conditions, we encourage women to mirror the actions of the opposite sex by consciously building and leveraging networks of like-minded women who bolster each other’s successes and career trajectories.

Men support each other into leadership roles through a pattern of boys’ club behaviour; they open doors, and root for each other. A critical player in our all-women team is Zamatonga Madondo-Tembe, 31, who heads up Salt & Candy’s Johannesburg office. We transformed a friendship forged in high school to a strong corporate alliance.

Zamatonga prioritises relationship-building with other professional women. “It can daunting and isolating to enter male-dominated spaces alone, however when you have a network of women with you, who support you, who you can lean on for critical advice or as a second ear regarding life matters, it makes a difference. Women are more effective at bringing change within workspaces when they are together. So, find, build and keep connecting with your tribe of Queens!” she says.

I am a serial entrepreneur, having set up and led numerous successful businesses over the past decade. Leveraging global experience of working with blue-chip clients such as SABMiller, Coca-Cola, HBO, Sky and British Airways, Salt & Candy, has become known for digitally savvy, agile, edgy campaigns that focus on business outcomes and a desire for true retail conversion.

Some of the agency’s achievements this year include leading and delivering a multi-media campaign for a bank’s new e-wallet solution that resulted in over a million new accounts opened in just 12 weeks using only organic reach; strategically restructuring an ailing health service business that celebrated a 350% uplift in customer volumes within 12 weeks; and rebranding and marketing for an AI hedge-fund start-up that resulted in $3 million being raised by the client, as well as managing various crisis-management PR campaigns that resulted from COVID-19.