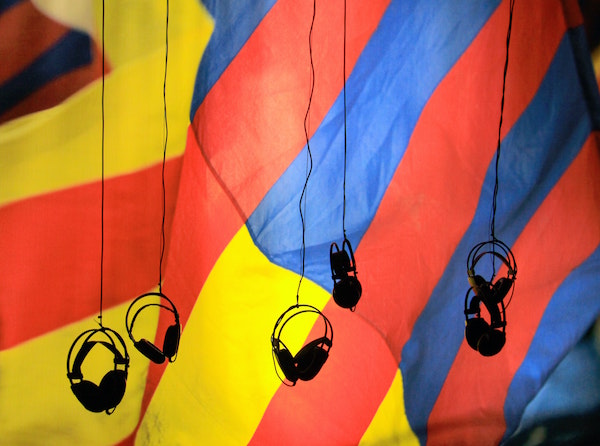 Pundits and media experts share their views on what it takes to make radio advertising capture the imagination of its audience – and increase sales.

Most experts agree that advertising on radio can be hugely entertaining and effective, but they also agree that there are too often problems with the ads that do get flighted.

Marketing and media analyst Chris Moerdyk is particularly critical: “The majority of radio ads in South Africa are created on the premise that audiences do not have minds,” he says. “Radio is all about the theatre of the mind but most ads simply project a newspaper advertisement into sound. They are largely boring, unimaginative and created as a reluctant addition to TV and print advertising campaigns.”

But Brett Morris, CEO Nahana Communications Group, says there are huge possibilities here: “Radio is probably one of the easier mediums to evoke emotion because there is so much potential in the theatre of the mind. You can create whole worlds and rich characters with a simple sound effect or voice.”

“Sound design, the voice-over artists’ performance or the scripting – all are important By tapping into culture, or what the consumer relates to, you’ll elicit a more memorable response.

The local voice seemed to be important, he said. “Plus, using the right language is key, not ‘advertising language’ but language a consumer relates to. A language they understand.

“Too many radio spots sound like a laundry list of features or functional benefits. This means nothing to anyone. Ideas need to be distilled into something relatable and good. If you can be relevant, you’ll hopefully evoke emotion,” he says.

Start with a great idea

“Start with a great idea,” says Morris. “You’re never going to evoke any emotion if you don’t have a compelling, engaging idea rooted in a great insight or human truth.”

The only way to make a radio ad memorable, says Moerdyk, is to apply the theatre of the mind principle. This might be a voice, a turn of phrase or just something that makes listeners wait for it whenever they hear the ad. But every radio ad should contain some sort of promise. “Just telling consumers that ‘we are the best’ or ‘we care,’ doesn’t crack it anymore.”

He adds, “The consumer has grown up and simply does not buy into this sort of hype. Most of all, radio advertising needs to be entertaining. It makes no sense to advertise on an entertainment medium without any entertainment.”

Morris agrees that radio ads in South Africa have a unique flavour. It comes down to rich characters and authentic insights, he says.  “While they may be uniquely South African, they also have universal appeal, as all good stories and characters do.”

“We have our own voice. Our language, our cultural idiosyncrasies, our insights,” Denalane says. “We are able to laugh at ourselves and we’re becoming better at putting ourselves in the spotlight from an awards point of view. We’re not shy of what makes us unique and this confidence is coming through in the kind of work we’re making.”

Morris points out that there are definitely things that work well on radio and these are generally timeless. “Music coupled with rich and interesting characters, unique voices and a surprise element, can draw the listener in.”

Invest in creativity and production

Moerdyk finds radio advertising bland, “simply because brands are not prepared to invest in creativity and production”.

There are fewer constraints with technology, Morris says. “As production software has become more advanced, it’s made it a lot easier to produce a piece of content. This allows you to focus on crafting the idea and gives you access to basically any sound you want to create. The only limitation is imagination.”

“We can now record from anywhere in the world through the use of technology,” Denalane adds.

Sound libraries have helped speed up the time taken to produce a radio spot. “This allows us valuable time to craft what is necessary, ie, the delivery of the voice, editing etc. We get radio spots crafted beyond the allocated studio time, where email facilitates approval. Things have changed dramatically over the last 10 years.”

However, Morris says the medium falls short when advertisers use it as a “blunt instrument to ram a message down people’s throats (or ears). It doesn’t mean you can’t be hard hitting, but be mindful of the context the audience is hearing your message in and deliver it in an engaging and entertaining way.”

Moerdyk adds the problem with radio advertising often lies with the brand manager, who does not understand its tremendous power and persuasiveness. “This has been a problem for decades and radio continues to play second fiddle to all other advertising media.”

“Too much work is poorly produced,” says Denalane. “I love the 60-second spot but if we’re only able to flight 30 seconds then let’s not cram everything into it. Too many radio ads are not single-minded enough.” The result can be unconvincing and insincere. “Insincerity does more damage than good. You might as well have a straight read on-air then.

If you have “single-mindedness, a strong idea, great voice-over talent, a solid radio engineer, well-written scripts and a client that is willing to not sound like everyone else,” then you have the makings of a winning ad.

Adds Moerdyk: “With few exceptions radio advertising is still considered an afterthought to TV and print ad campaigns. Creative budgets are minimal and no thought is given to the negative impact of high frequency flighting.”