The 10 best international series on Showmax this August 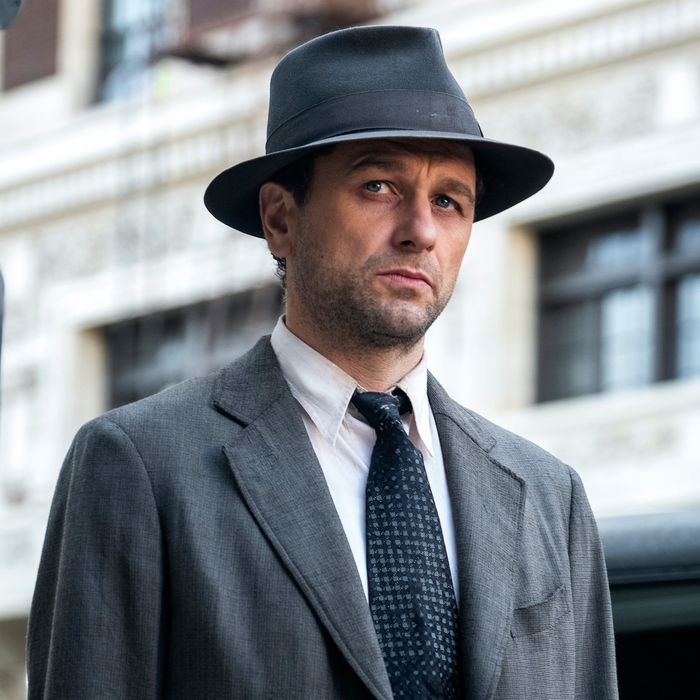 1st seasons of I May Destroy You, Love Life; new seasons of What We Do In The Shadows, My Brilliant Friend & Love Island

From multiple Emmy nominee Jemaine Clement (Flight Of The Conchords) and 2020 Oscar winner Taika Waititi (Jojo Rabbit, Thor: Ragnarok), the hit mockumentary What We Do In The Shadows is a look into the daily (or rather, nightly) lives of three vampires who’ve lived together in New York for over 100 years – plenty of time to get on each other’s nerves.

This magnificently silly mock-doc series showed its teeth with eight Emmy nominations for Season 2 last week, including one for Best Comedy Series and three for Outstanding Writing for a Comedy Series. It’s at #9 on Rotten Tomatoes’ Best TV of 2020 (So Far) list, with a 100% critics rating, and has been hailed as “TV’s best comedy” by The Hollywood Reporter, among others.

What We Do In The Shadows stars BAFTA winners Kayvan Novak (Four Lions) and Matt Berry (The IT Crowd, Toast of London) as Nandor the Relentless and Laszlo respectively. Sketch comedian Natasia Demetriou is Laszlo’s sultry sire, Nadja, while Mark Proksch (The Office, Better Call Saul) plays energy vampire Colin Robinson. But while the vamps flap and fuss in the foreground, it’s downtrodden little Guillermo, Nandor’s familiar, played by Harvey Guillén (The Magicians), who swoops into the spotlight this season, having discovered he’s descended from the famed vampire slayer van Helsing.

The Walking Dead is the definitive zombie show, having won 77 awards globally.

Season 10 has a 91% critics rating on Rotten Tomatoes, where the consensus is, “A few changes in front of and behind the camera allow The Walking Dead to create space for compelling new stories and some seriously scary new adversaries.”

Norman Reedus and Danai Gurira return in their People’s Choice-nominated roles as Daryl and Michonne, as does Melissa McBride in her Critics Choice-nominated role as Carol. Jeffrey Dean Morgan is also still alive as Negan, a role that won him MTV and Critics Choice awards, but the bigger threat this season is two-time Oscar nominee Samantha Morton (Harlots, In America, Minority Report) as Alpha, the leader of the Whisperers, who wear the skins of zombies, and live among them…

In the third and final season of Vida, the bar the Hernandez sisters inherited is booming and their love lives are flourishing — until they discover another long-buried family secret, which leaves them wondering if they can continue together as a family or if they should each move on alone – for good this time.

Vida has captivated the critics, earning a 100% critics rating on Rotten Tomatoes for all three seasons, where the Season 3 critics consensus reads, “A bittersweet farewell that’s entirely too short, Vida‘s final season is as messy, beautiful, and inspirational as life itself.”

As AVClub says, “Vida is rightly lauded for its excellent performances, incisive writing, and commitment to centering queer, female and non-binary, and Latinx voices both in front of and behind the camera. But you know what? It’s also one of the best-looking shows on TV. The cinematography is top-tier. The direction is impeccable. It’s beautiful, immersive, often dreamlike filmmaking.”

Vida was nominated for a 2020 GLAAD Media Award as Best Comedy Series, earned fourth place on Time Magazine’s Best of 2019 list for Season 2, and won the Audience Award at SXSW 2018 for Season 1.

Senator’s aide Allegra Dill (MTV Movie Awards nominee Rosario Dawson from Sin City, Luke Cage and Jane the Virgin) returns to her border-town Texas home to investigate the death of her sister – a local cop killed by a car bomb. What begins as a search for a killer turns into an all-consuming fight to bring her corrupt hometown to its knees.

Briarpatch has a 78% critics rating on Rotten Tomatoes, with The Hollywood Reporter saying, “Anchored by a strong Rosario Dawson performance and flavoured with wit and a real sense of place, Briarpatch is a charmer: It keeps those aspects of Mr. Robot that were most audience-friendly, and jettisons the rest.”

Three-time Oscar nominee Mark Ruffalo (Spotlight, Avengers Assemble) has just picked up a 2020 Emmy nomination for Best Actor in A Limited Series or Movie for his dual performance in I Know This Much is True.

Based on the Wally Lamb bestseller about how you never give up on the people you love, I Know This Much is True follows the parallel lives of identical twin brothers Dominick Birdsey and his brother Thomas, a paranoid schizophrenic – both played by Mark, with Gabe Fazio (The Place Beyond The Pines) serving as his unseen acting double for both roles. As The Los Angeles Times put it when predicting his Emmy nomination, Ruffalo “lost 20 pounds before production began, then spent 16 weeks filming his scenes as the aggressive Dominick. Then he took six weeks off, gained 30 pounds by subsisting on oatmeal and mashed potatoes, and returned as the more vulnerable Thomas.”

For South African fans dying to see the latest season of the BAFTA-winning reality show Love Island UK, the long wait is finally over. And it’s all the more delicious because this is the season that was filmed at a villa in Constantia, Cape Town.

Laura Whitmore of Strictly Come Dancing and I’m a Celebrity, Get Me Out of Here! fame is this season’s new host for the drama-packed reality show, where single hopefuls flirt, date, break up and make up while trying to capture the hearts of viewers, who will vote for their favourite couple to take home the £50k prize money.

HBO Max recently announced its three most popular shows since launch, with Friends unsurprisingly in first place and The Big Bang Theory in third. Cuddled in between those classics is the streamers’ most popular new show, Love Life, a romcom anthology series that traces the journey from first love to lasting love, and how the people we’re with along the way make us into who we are when we finally end up with someone forever.

Executive produced by Paul Feig (Bridesmaids), Love Life has an 81% audience score on Rotten Tomatoes and was recently renewed for a second season, which will centre on a whole new love story.

I May Destroy You centres on Arabella (BAFTA winner Michaela Coel from Chewing Gum), a carefree, self-assured Londoner with a group of great friends, a boyfriend in Italy, and a burgeoning writing career. But when her drink is spiked with a date-rape drug, she must question and rebuild every element of her life.

I May Destroy You is #23 on Rotten Tomatoes Best TV of 2020 (So Far), with a 97% critics rating and a critics’ consensus that reads, “I May Destroy You is at once brave and delicate, untangling the trauma of sexual assault with dark humour and moments of deep discomfort, all held together on the strength of Michaela Coel’s undeniable talent”.

In their five star review, The Guardian raved, “It is the drama of the year so far… Michaela Coel’s exploration of consent, race and millennial life… works on every level… An extraordinary, breath-taking achievement without a false note in it, shot through with humour and with ideas, talent and character to burn at every perfectly plotted turn.”

Including it in their roundup of the 10 Best TV Shows of 2020 So Far, The Hollywood Reporter called it, “The most ‘2020’ show of 2020”, adding that it’s “representative of the mood of the moment – the combination of anger, confusion, uncertainty and unexpected humour; the exploration of intersections of gender and race, sexuality and violence, youth and hard-earned experience.”

MY BRILLIANT FRIEND S2: THE STORY OF A NEW NAME | Binge from 29 August

Set in Naples and based on Elena Ferrante’s bestselling novels, My Brilliant Friend is the story of a life-long friendship spanning 60 years. Season 2, based on the second novel in Ferrante’s series, sees Lila (Gaia Girace) stuck in a brutal marriage to the wealthy Stefano Caracci (Giovanni Amura), while Elena dallies with suitor Antonio Cappuccio (Christian Giroso) and her growing attraction to the magnetic Nino Sarratore (Francesco Serpico).

My Brilliant Friend, helmed by multi-award-winning Italian directors Saverio Costanzo (Hungry Hearts) and Alice Rohrwacher (Happy as Lazaro), has a 96% critics rating on Rotten Tomatoes and is at 236 on IMdB’s list of the top-rated TV of all time, where it has a score of 8.6/10. The series was recently renewed for a third season.

The Hollywood Reporter included it in their roundup of the 10 Best Shows of 2020 So Far, saying the series “portrays post-war young-womanhood in all its victories, devastations and frailties. This season’s story, told with seemingly no expense spared, is where the girls’ paths start to truly diverge, as one pursues dreams beyond their impoverished neighborhood and the other finds herself irretrievably chained to it.”

It’s 1932, and despite the Great Depression, LA is booming. But when the kidnapping case of the decade comes knocking on down-and-out detective Perry Mason’s door, his relentless pursuit of the truth reveals a fractured city and, just maybe, a pathway to redemption for himself.

Perry Mason is currently #3 on IMDb’s Most Popular Series list, with Indiewire proclaiming it “one of the most beautiful series ever made… One of the best I’ve ever seen. Really.”

EVERYTHING ON SHOWMAX IN AUGUST