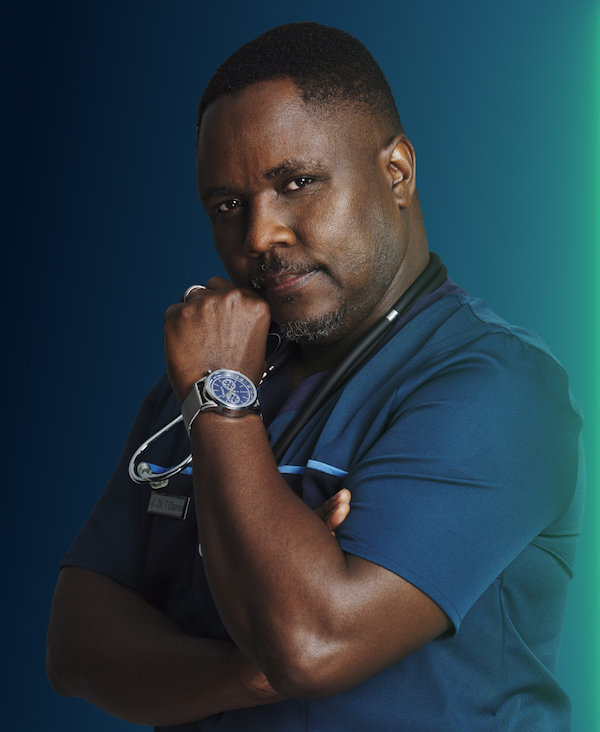 [PRESS OFFICE] A GRIPPING LOVE TRIANGLE IN A WORLD FILLED WITH CONTRAST, CHAOS AND INTENSIVE CARE

It is all systems go for e.tv’s latest local offering, Durban Gen. The highly anticipated weekday medical drama will premiere on Monday, 5 October at 6:30pm.

The story of Durban Gen is set in the heart of Newlands East, a township in Durban, where the most prominent and recognisable academic public hospital Durban General is found. A highly acclaimed hospital that is the jewel of KwaZulu-Natal healthcare. The centre of excellence where every doctor wants to practice and every patient wants to be treated.

We follow the life of the main protagonist Mbali Mthethwa, a newly qualified doctor who moves to the big city, away from her fiancé and the small town they grew up in, to serve her final year of community service at Durban General Hospital. However, she finds herself torn between two men. Her fiancé Sbusiso Dlamini, the one she has promised herself to, and her superior, Dr. Lindelani Zulu, a brilliant, attractive surgeon with whom she has undeniable chemistry.

On arrival at Durban General Hospital, Mbali assists in a precarious surgery that goes horribly wrong, resulting in the death of an MEC. The incident plummets the hospital, Mbali, and Dr Lindelani Zulu, into the middle of an investigation that threatens to derail her career before it has even begun.

Meanwhile, her proximity to Dr. Zulu, the resulting intimacy, and their palpable chemistry threaten to break everything Mbali has built back home with Sbusiso.

Durban Gen stars a host of exciting new talent, alongside some familiar faces.

Taking the character of Mbali into her acting prowess is actress and feisty songstress Nelisiwe Sibiya. Her character’s fiancé, Sibusiso, is played by actor, dancer, and singer Ntando Mncube. Her love triangle is completed by Mike Ndlangamandla, who plays the dashing Dr Lindelani Zulu.

Meshack Mavuso will play Dr Thabo Dlamini, Durban General’s head of Surgery, and the Chief in charge is portrayed by Duduzile Ngcobo, who will be playing Dr Nomalanga Qwabe.

“KwaZulu-Natal has progressively become the quintessential pulse of local productions, not only from a storyline perspective but for its ability to provide fertile soil from which to grow and build new talent,” says Helga Palmer, e.tv Head of Local Productions.

“We have a plethora of new faces joining Durban Gen and the entertainment industry as a whole, and you will be able to see all the new faces as we move towards the premiere of the show. We pride our selves in providing a platform for deserving talent, and this is one of the reasons why we continue to invest in our stories.”

Durban Gen follows the trials, tribulations, triumphs, betrayals and bonds experienced by Mbali, the staff of Durban General, and the patients who come through its doors looking for help, refuge, and health.

Keep an eye out for more of Durban Gen’s cast members as we head towards 6:30PM on Monday, 5 October.