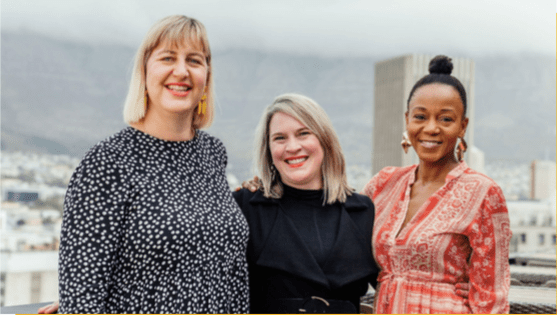 Women represent 61% of the workforce in the advertising and creative industries, but as “worker bees” rather than C-suite executives.

That’s a key finding coming out of the first SheSays survey, run by Kantar, looking into the advancement of women in South Africa’s advertising and creative industries. The Gender Representation Survey of SA Adland, a first for the global SheSays organisation, surveyed 35 companies operating in South Africa, and 40 industry leaders. It was supported by industry bodies such as the AMF, the IAB and the ACA.

“Since we started the Cape Town chapter [of SheSays] two years ago, it has been a dream to base our activism on true data – not anecdotal evidence. And while we have hosted frank panel discussions, touched on important topics and forged invaluable partnerships,  we felt that a movement can’t be based on conversations alone. We needed to know what the state of a airs was in the advertising industry to see where the gaps are (and why) in order to delve deeper into the biases and barriers at play,” say Anelde Gree, Johannie van As and Pride Maunatlala, directors of SheSays Cape Town

SheSays operates in 55 cities across the globe. Founder Alessandra Lariu says as an organisation focused on the advancement of women in creative industries, the organisation was “incredibly excited about the establishment of a benchmark in South Africa – not to mention the fact that such a survey was a first for SheSays across the globe”.

“Personally, I was always interested in understanding the dynamics of the creative industries in Africa. This study reveals that women represent the majority of the workforce but as ‘worker bees’. They are represented in many disciplines but rarely as directors or part of the C-suite. The lack of female perspective in leadership is deadly for agencies. We believe that having more women leaders is the secret sauce for positive economic impact. It can even increase the GDP of a country,” says Lariu in the report.

The research revealed “clusters” of male-dominated fields, predominantly at the director/C-Suite levels and within tech/IT departments. Women hold only 39% of senior creative roles (CCO/ECD/CD) and 43% of art director positions.

The tech findings are telling: 100% of chief technology officer and software engineer positions are held by men as are back-end and app developers roles; 82% of front-end developers are men, as are 75% of quality/product management positions.

“The figures indicate that advertising faces the same representation issues other industries face, with more technical roles being skewed towards men, and roles requiring interpersonal skills being skewed towards women,” says head of digital at Publicis Machine, Amanda Alves. “However, the difference in total employee representation versus C-suite representation is more stark. They do not match and this is our challenge as an industry – why are so many women dropping off before they reach the highest level? Only once we study the reasons for that will be able to address it.”

Even digital is dominated by men; 73% of digital design directors are male, as are UX designers. Sixty four percent of multimedia designers are men, and 69% of visual designers.

“To combat these perceptions and to grow the ranks of female talent in all roles and all levels requires business intent. This must be part of the agency business strategy and backed by measurable targets in fixed time periods. Most importantly, let’s shout about our achievements when we get to equal, team by team, agency by agency, holding company by holding company,” says Emma Carpenter, group design director of Fjord – Accenture Interactive South Africa.

“Sure, the industry has worked hard to balance the male to female ratio. But what has the industry done to provide a safe space for women to thrive? Are they providing the right workshopping, coaching and training to empower women in all areas of advertising and marketing? And are they giving women the support they need to develop their own leadership styles? In short, a lot has been done to close the pay gap, but how are we preparing women and businesses so that it is sustainable?” asks executive creative director at. HelloFCB, Camilla Clerke.

While there is clearly much work to be done to reduce the marked differences, Kantar has committed to continue the research in 2021.

“But this is not just a conversation for Women’s Month, as 6.5 million people (and counting) have already supported the #challengeaccepted trend, going beyond the surface-level selfie to promote global tolerance and inclusion. To ensure the inclusion conversation is ‘always on’, we’re now going full steam ahead with sponsoring next year’s survey,” says Karin du Chenne, chief growth officer of Kantar: Africa and Middle East.

“We would love to see greater uptake, with more experiences and insights shared, so as to take this important topic forward and have it top of mind more than just one month a year.”