LATEST NEWS
Home Agencies WATCH: What is the soundtrack to the stories of 2020?

WATCH: What is the soundtrack to the stories of 2020? 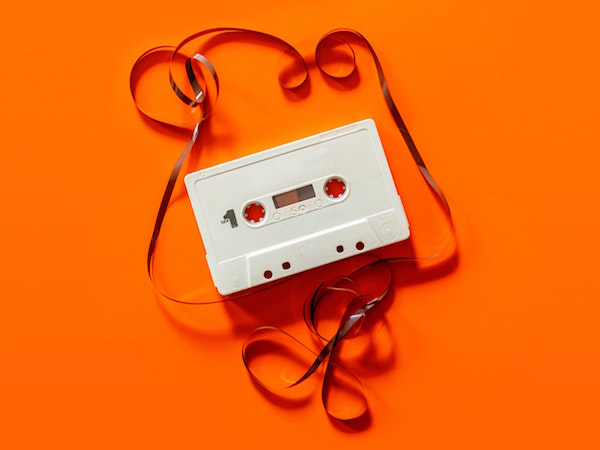 2020 is a cassette! And no-one in the world has the right pencil to wheel this one back in!

A trip down the biggest moments of 2020 so far, with an accompanying soundtrack. Thanks for the compilation, The MediaShop!

Yes, 2020 is a cassette! And no-one in the world has the right pencil to wheel this one back in!

I am not here for another ‘How Covid-19 has impacted us’ discussion – we all know. We are in it and we are feeling it. Every. Single. Day

I thought that we could put a spin on C19 (see what I did there?) and look at a few stories that made the 2020 playlist – with all the feels!

Prince Harry and Meghan step back from senior roles as royals
Prince Harry and Meghan, the Duke and Duchess of Sussex, announced that they intend to step back from their roles in the royal family. The couple shared the news on their official Instagram handle, announcing that they wish to be “financially independent”. Apparently they have already paid off their renovations.

M People – Moving on Up

WHO declares coronavirus a global health emergency
This is probably one story that everyone wished was fake! First identified in Wuhan, China, the breakout was declared a global emergency. I don’t believe that anyone was prepared for this.

UK formally withdraws from EU
Members of the European Parliament (MEP) approved the Brexit Withdrawal Agreement, marking the UK’s formal withdrawal from the European Union (EU). This has had a major impact on UK residents working in the EU.

Everyone supports the front line
Citizens all around South Africa stood together and applauded those on the front line. There was most definitely a new respect for those risking their lives to assist others. Here’s a re-worked classic.

Ladysmith Black Mambazo, Joseph Shabalala died
I think the song speaks for itself.

SA lockdown
We thought it was going to be just three weeks – six months later we are finally at Level One Lockdown. We were the only country with a focus on essential products which got some fellow South Africans a bit rowdy. Here’s a few songs to highlight what are now distant memories and how we as a people pulled through!

And then there was this – everyone including the President joined in on releasing some tension.

Deaf community faces social barriers
The implementation of physical distancing and the wearing of face masks posed new challenges for individuals reliant on lip reading in order to communicate, but someone made a plan!

Ed Sheeran – You Need Me, I Don’t Need You

Luxembourg becomes first to make public transport free
In order to tackle pollution and traffic congestion, Luxembourg abolished fares for trains, trams and buses, becoming the first country to do so. The government also said the move aimed to support “people with low incomes or the minimum wage.” We could surely use a page from this book!

Summer Olympics is cancelled
Owing to the pandemic, 2020 Tokyo Olympics was postponed. Several other major sporting events were postponed to 2021, including Wimbledon, UEFA Euro and the US Open. This has also had a massive impact on sponsorships as well as broadcast.

Oil prices hits record lows
For the first time in recorded history, the U.S. oil market dipped to negative prices. Due to lockdowns and restrictions due to the Covid-19 pandemic, North American oil producers faced an unmatched oversupply of crude oil and not enough space to store them, leading to the crisis.

NASA-SpaceX’s ‘Launch America’ takes off
We had the time – we were at home and glued to our screens like we were watching Dallas in the 80’s. NASA astronauts Doug Hurley and Bob Behnken took off for the International Space Station (ISS) in SpaceX’s Crew Dragon spacecraft, lifting off on a Falcon 9 rocket. This was the first time in nine years that humans left U.S. soil in a U.S. rocket to reach low-Earth orbit.

Black Panther loses his battle
Chadwick Boseman’s death came as a shock to many. He will always be remembered – Wakanda Forever!

Loadshedding Level 2
Because 2020 was not challenging enough already…

The Sound of Silence Original Version from 1964

‘Legendary’: Prominent human rights lawyer George Bizos dies
Tributes poured in for veteran lawyer who defended Nelson Mandela and other anti-apartheid activists. He died at 92. President Cyril Ramaphosa described him as a” legal eagle in our country”.

Tremor felt in Cape Town
And just because 2020 has not been enough – a 6.2-magnitude earthquake off the coast of Southern Africa had some Cape Town residents worried. With its epicentre at a depth of 10 kilometres, there were no tsunami warnings or reports of damage.

Martika – I Feel The Earth Move

Not even Master KG was ready! The way the world has embraced this gives us great hope.

If the past few months are anything to go by, no doubt there will be many more events that will be brought to life by song. There have also been events that have not been included due to their sensitivity and the fact that it may be perceived as a lack thereof.

We need all the support we can get as we go through the last few months of this year. On that note here’s the rest of the Soundtrack – some other feel good tunes to see you through when you’re having a not so great day. I’m positive that these will help.

Maggie Pronto is a business unit manager at The MediaShop.