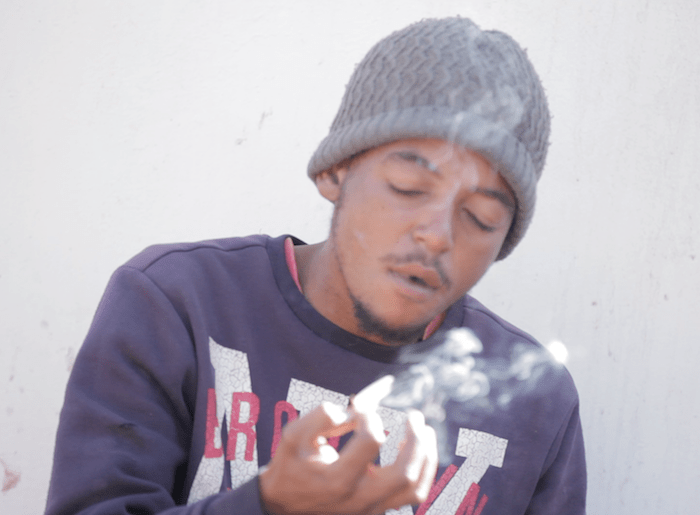 A new South African reality TV show is about to begin on DStv’s MojaLove. Hosted by recovering addict Thabang Sefotho, Ready to Quit follows 16 nyaope addicts on their road to recovery. It confronts their addiction, their unhealthy relationships with their families, and how professionals in a rehabilitation centre deal with these issues.

“We were filming the second part of a lockdown doccie when we first encountered the addicts, their complaints about their addiction, how their lives were wasted and how they lived to feed their cravings. This is what birthed Ready to Quit,” says producer and co-director, Keabetswe Mokoena.

Set in North West province, the 13-part series features a former youth preacher, a nyaope seller and dealer who lost homes, cars and loved ones; two brothers who are dependent on each other, a former beauty queen and others who found themselves co-existing with this drug.

Moja Love’s head of production, Bokang Moyo, says Ready to Quit “shows the daily realities that our communities go through; this scourge has ravaged our children and broken families, we hope to bring to our viewers an honest representation of a nyaope addict and their willingness for help”.

Relationships with the addicts and their families were key to showing the honest reality of their lives.

“Each week from July 2020, we would sit with them to form a relationship and authenticate their histories by getting to know their families and themselves. Thabang Sefotho became instrumental in finding more addicts as they are from his hometown,” Mokoena says.

Sefotho is a recovering addict who has been clean for five years. “He’s passionate about motivating young people to quit drugs. He sees himself in them all the time and they also, in turn, motivate him,” Prosperita Productions’ producer Mokoena adds.

The show’s participants were admitted to a professional and accredited rehabilitation centre and were under professional supervision for 28 days they were there.

The intrusion of cameras during such an intense and emotional time could be quite a challenge for the addicts. “Cameras on anyone 24/7 can be tiring so we had to be strategic in our filming and be cognisant of the fact that we were not dealing with professional TV personalities,” says Mokoena. “Our filming schedule was created to in a way that we don’t compromise content and most importantly, strain the patients.”

The producers believe South Africa needs this kind of “nation-building” programming. As Mokoena says, “2020 has shown many of us not to take anything for granted, so if one is given an opportunity to assist, then do so. If there is an opportunity to change an unfortunate situation, let’s stand up and do so. By doing so we are setting nation building trends and building a country that we can be proud of.

Of course the filming of such a series had its challenges. “Looking back, I can say the challenges became lessons for a better season next year. Firstly, by making sure that everyone is willing to quit and that they are not doing it because their friends are doing it or their families want them to,” he says.

“We also realised that drug addiction is destroying many families and our country. Unfortunately these are people that are written off by their family members and society. We, as the creators, believe in the essence and importance of human existence. We all deserve a second chance and if it takes a reality show on this kids for that, we look forward to many more seasons,” Mokoena says.

And their families? Did they find some resolution? “Yes, families found resolutions even for those parents who’s kids absconded from the programme.”