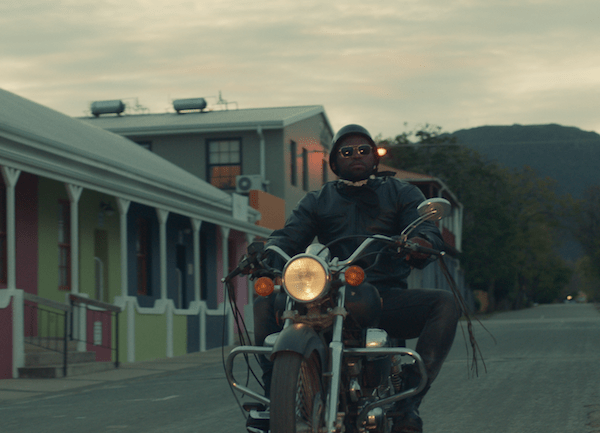 Silwerskerm Best Actress winner Lea Vivier (Wonderlus) stars as Yola Fischer, who returns from Chile to the Eastern Cape to bury her father. She discovers he’s left his farm to her, to the irritation of her sister, Sienna. It turns out that this may be more of a curse than a blessing, as the house seems to be trying to tell her something. But with her mother institutionalised, and her own meds running out, Yola has to wonder if the spirits are real or just in her head?

DAM builds on the success of Showmax’s first two scripted Originals – the SAFTA-winning mockumentary Tali’s Wedding Diary and the SAFTA-nominated murder mystery The Girl From St Agnes, both of which set first-day viewing records on the platform.

DAM was filmed on location in the Bedford and Adelaide towns of the Amathole District in the Eastern Cape. Judging by the trailer, three-time SAFTA-winning cinematographer Tom Marais (Hunter Killer, iNumber Number) has clearly made the most of the locations, which mark a welcome change from the cities we usually see in South African series.

But if you spell DAM backwards, you get MAD, and there’s plenty of madness lurking underneath the beauty of his framing. Pigs die with more violence than necessary; a psychiatric hospital patient uses unorthodox art materials; and wall-mounted barbel fish seem disturbingly popular…

“This town, look at it, it’s perfect on the outside,” Bernoldus, the local handyman, tells Yola during the ominous trailer. “But underneath, there’s a lot going on.”

Neil Sandilands (Bernoldus) and Natasha Loring (Sienna) both took a break from Hollywood for the series: Sandilands has appeared in hit shows like The Flash, The 100, The Americans and Hap and Leonard, as well as films like Paul Greengrass’s News of the World, opposite Tom Hanks, while Loring has voiced game characters in both the Star Wars and Game of Thrones franchises, after starring in international series like Beaver Falls.

DAM is a Showmax Original made in partnership with the Eastern Cape Development Corporation, the Amathole District Municipality and Picture Tree.

Other upcoming Showmax Originals include the long-awaited second season of the SAFTA-winning comedy Tali’s Wedding Diary in March and the Cape Flats neo-noir murder mystery Skemerdans in April, not to mention Jahmil X.T. Qubeka’s ancient Africa series Blood Psalms, a co-production with Canal+ International; the Kenyan police procedural Crime and Justice; and the reality series I Am LAYCON and Uthando Lodumo, all expected in 2021.