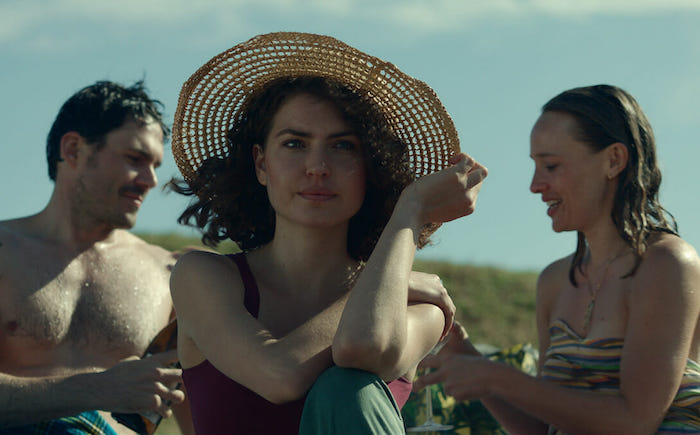 [PRESS OFFICE] The Showmax Original DAM, a small-town psychological thriller set in the Eastern Cape, is now available to binge.

Early reviews are glowing, with YFM’s resident critic Yazz the Student comparing DAM to HBO’s The Outsider and saying the “eerie” and “unsettling” show feels “different to the South African television landscape.”

Fortress of Solitude similarly calls DAM “South Africa’s answer to Sharp Objects and The Outsider.” Reviewer Sergio Pereira praises DAM’s “outstanding production quality… It rivals any international production, and actually looks better than most of the Netflix shows that dominate the Top 10 list,” adding, “More importantly, the cast delivers an equally exceptional performance to rival the production quality and script. They suck you into this small town’s drama, as you fall in love with some, pity others, and detest only a few… You’d be a fool to sleep on this eight-part miniseries. It’s simply a must-watch show that promises to fester in your mind long after the credits roll.”

TV Mzansi says, “DAM is loaded with compelling performances and moments that will leave your skin crawling… From the very start, it promises to stand out from the TV pack.”

And GQ proclaims, “This new show is going to be seriously epic.”

Silwerskerm Best Actress winner Lea Vivier (Wonderlus, The Day We Didn’t Meet) stars as Yola, who returns from Chile to bury her estranged father. To her surprise, and her sister’s irritation, he’s left his farm to her, but this may be more of a curse than a blessing, as the house seems to be trying to tell her something. But with her mother institutionalised, and her own meds running out, Yola has to wonder if the spirits are real or just in her head?

“It’s a story of how you can only start rebuilding yourself once you have faced your inner demons,” says Lea. “Yola has run away from her past but now she’s coming back to face her demons. She wants to understand why she is the way she is, which ultimately is a very powerful thing to do – and very brave.”

“DAM is MAD backwards,” says four-time SAFTA winner Alex Yazbek (Unmarried, The Wild, Isibaya). “When water is dammed and prevented from flowing freely, eventually the dam wall is going to break. Emotions are the same: they need an outlet. Someone once said what you resist persists. Whatever you push down will rise up. Repression is the source of most of our demons.”

Lea is delighted the twisty and twisted series is finally available on Showmax. “I have seen very little work like this made in South Africa. I’m immensely proud of it. I just want people to see it.”

Lea’s co-star, two-time SAFTA winner Pallance Dladla (Shadow, Isibaya), agrees. “I love how Alex has directed this, and what Tom [Marais, a three-time SAFTA winner] has done with the language of the camera. Anyone who gets a chance to watch this outside the country will be amazed, and anyone in the country will be inspired – it’s about raising the bar. We should be proud of how far we have come in our industry.”

“It is a wonderful and unique blend of our different South African cultures, using myths and legends of this land to create a psychological thriller,” says SAFTA winner Antoinette Louw (An Act of Defiance, Die Laaste Tango).

aKing frontman Laudo Liebenberg (Black Sails, Die Byl) says DAM doesn’t fit neatly into a particular genre. “It’s a brave and unapologetic show that blends genres, and even though there’s a supernatural element to it, it still focuses on real people with secrets and scars.”

Or as Fleur du Cap winner and 2020 Africa Movie Academy Award nominee Faniswa Yisa (Knuckle City and the upcoming Showmax Original Blood Psalms) says, “It’s all so intense; there are so many secrets and dynamics at play.”

Filmed on location in the Bedford and Adelaide towns of the Raymond Mhlaba Local Municipality of the Amathole District in the Eastern Cape, DAM builds on the success of Showmax’s first two scripted Originals – the SAFTA-winning mockumentary Tali’s Wedding Diary and the SAFTA-nominated murder mystery The Girl From St Agnes, both of which set first-day viewing records on the platform.

DAM is one of a record three Showmax Originals launching this week: Kenyan police procedural Crime and Justice, a co-production with Canal+ International, also launched today, while the long-awaited second season of the SAFTA-winning comedy Tali’s Wedding Diary launches on Friday. This month, Showmax also launched reality series I Am LAYCON, Nigeria’s first Showmax Original, about the most recent Big Brother Naija winner.

DAM is a Showmax Original made in partnership with the Eastern Cape Development Corporation, the Amathole District Municipality and Picture Tree.