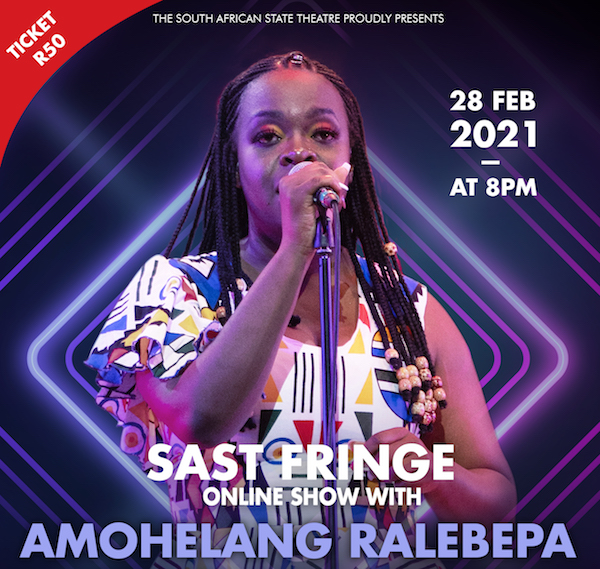 [SPONSORED CONTENT] Amohelang Ralebepa will be performing online on The South African State Theatre’s YouTube channel on the 28 February 2021 at 20h00. Tickets cost only R50 and are obtainable from Webtickets online.

Amohelang Hope Ralebepa was born in Gamapalle, a small village in the Limpopo province of South Africa. She discovered her talent for music at the very young age of five.

Her first music experience was when she entered a voice competition in 2005 at the age of 10, which earned her the runner-up spot. After dropping out of tertiary education while doing a psychology course in the year 2014, the song bird then decided to pursue music at a professional level and has since performed all around Gauteng independently on big and small stages, and has also shared the stage with big artists such as The Muffins, Selaelo Selota, Kelly Khumalo, Lulu Dlamini and many more.

Amohelang Hope Ralebepa is looking forward to climbing the ladder even higher. The 25-year old believes in working smart until she no longer has to introduce herself.

Get your tickets from the link here.