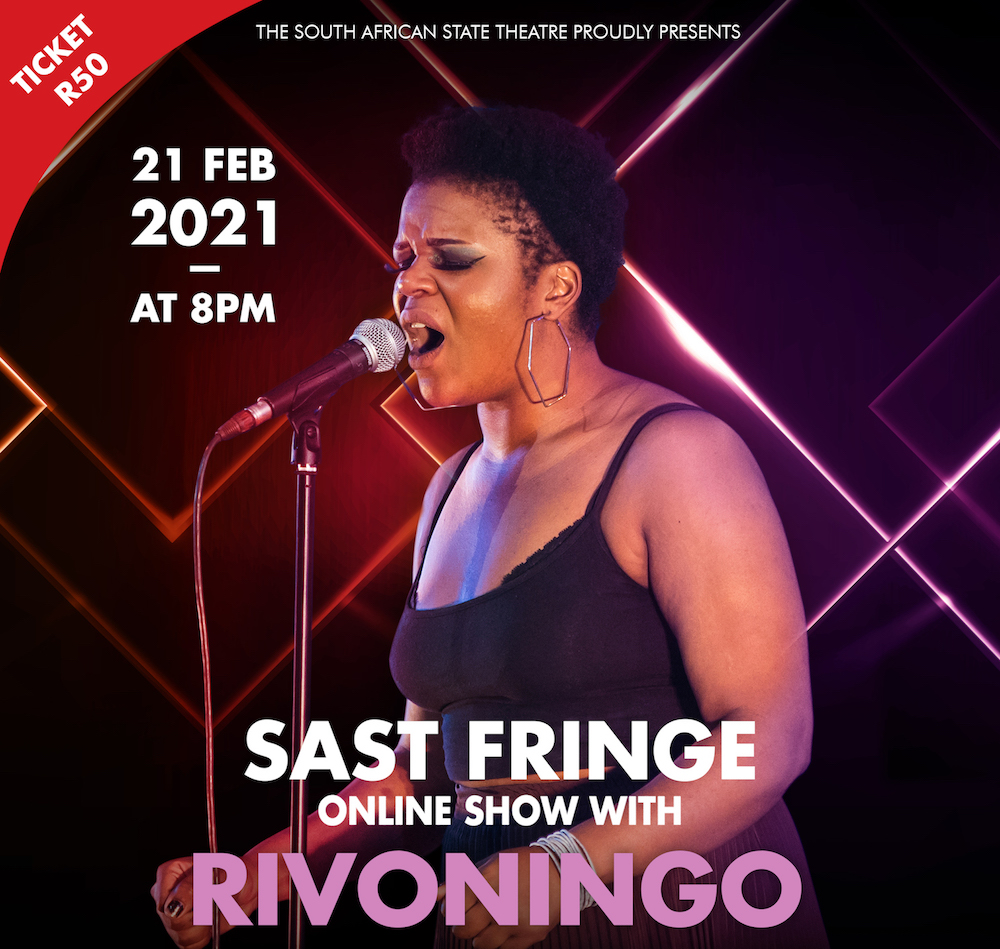 [SPONSORED CONTENT] Rivoningo Nkuna will be performing online on The South African State Theatre’s YouTube channel on the 21 February 2021 at 20h00. Tickets cost only R50 and obtainable from Webtickets online.

Rivoningo Bonnie Nkuna is an artist based in Pretoria East. She was born in Pimville, Soweto. She descends from a culture-rich family and inherited her vocal genes from her talented father, Matsambo Nkuna. She has been featured on projects with artists such as Tebs David.

She is the founder of an Afro soul jazz band called, Music Flair, which started performing in March 2014. The band has done extremely well for itself, sharing and opening stages with prominent artists all around South Africa.

She also landed an opportunity to be part of The South African State Theatre Incubator Programme 2018/2019, and hosted a music concert as part of A EP Launch called Music Flair – Humble Beginnings. Nkuna has an immense passion for radio having worked on stations like Tshwane FM 93. 6 and Radio PLAY. She has been MC for the 6th Annual International Vavasati Festival Launch at the South African State Theatre and at private events and functions.