LATEST NEWS
Home Press Newspapers What’s next for our old friend the newspaper?

What’s next for our old friend the newspaper? 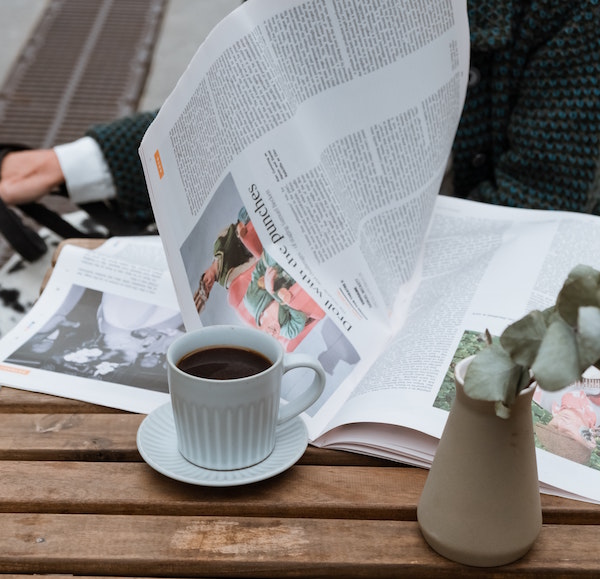 The end has been coming for a long time. Newspaper circulations have been dwindling for years but Covid-19 has exacerbated a shocking and sharp decline that I doubt many will recover from.

Here’s a look at circulations from as far back as 1997. It’s clear that the heyday was around 2007/8 when Daily Sun and the Sunday Times were power houses and all daily and weeklies hovered at around the four million mark.

Cut to 2020. Many of the same papers saw drastic reductions due to Covid-19 and with the consumer’s newfound reliance on news that could be easily accessed from home, we are down to just 1.4 million circulation (with some titles failing to submit).

Unfortunately, when consumers leave a platform, so do the advertisers and that’s how the death spiral starts. The total investment in newspapers in 2007 was R6.7 billion, compared to 12 years later in 2019 at just R5.9 billion (-12%). At 4% annual inflation, this number should have been almost double at R10.8 billion – if all things were equal.

But I believe that access is just one of the reasons for the decline. In the past, newspapers were a ritual, a cup of coffee with the daily paper would take up your early morning. The Sunday paper was an event, often shared with family. No more. People just don’t have the time anymore, or don’t want to spend the time, on reading a newspaper.

Now consumers seek to be in and out of an experience in mere seconds. The need for convenience and speed, coupled with the fleeting attention span of a world populated by goldfish, has led to this. Digital media works well with the print platform, a 140-character tweet says all you need to know or a meme can encapsulate the predicament with sharp wit and a simple turn of phrase.

When was the last time you saw an actual article go viral?

But we are losing something with the death of newspapers. We are losing control of the story and what we consume. The robots and the algorithms are taking over here.

Editors don’t fact-check Facebook. We don’t sit with 32 pages of ink with news from around the world begging to be read. Instead, the algorithm is making the choice of what we read, reinforcing our current views and creating an echo chamber for the news and opinions we want to hear.

Algorithms reward populism not truth, and creates a world where all opinions are the same as yours. The irony is that we have all the worlds data saved in one place and we can’t look past our cat videos to digest the truth. It’s a dangerous path to polarisation.

So, what can newspapers do to revive themselves? Well firstly, I believe that doing the same thing again and again doesn’t work, because it isn’t working.

It’s time to look at alternative distribution and cost models, give newspapers away freely at street corners, varsities and malls. Give people the product at no cost, just like the online version and get consumers reading again.

I believe the Daily Maverick 168 is trying this approach. It’s a digital product finding a home in print but doing it differently. It’s opinion based with a costing model that is mainly free as a value add to Pick n Pay’s Smart Shoppers. I admire the shift in thinking they have adopted and hope that it provides insight for those seeking to adopt a new way forward. Time will tell if they are successful.

So, let’s cross fingers that there are people in boardrooms having these conversations, people that are brave enough to push for something different and implement it in a smart and considered manner. Because the alternative to this is the death of mainstream journalism and that’s not a great place to be for any of us, or our brands.

Marino Sigalas is associate director at The MediaShop. Formed in 1988, The MediaShop is a full service, level 1 BBBEEE empowered media agency that provides creative and pioneering communications solutions. It is part of the IPG global network of agencies across 96 markets.