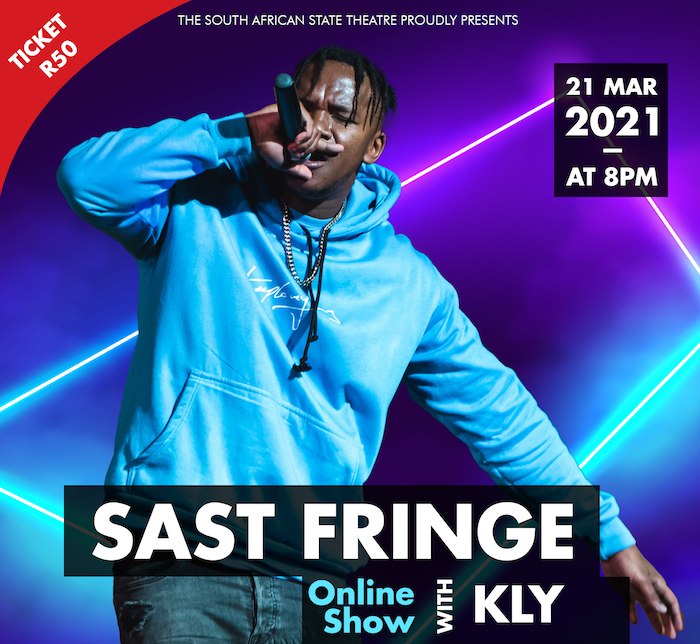 [SPONSORED POST] KLY will be performing online on The South African State Theatre’s YouTube channel on the 21 March 2021 at 20h00. Tickets are available from Webtickets here.

With a voice that captures the hearts of females and lyrics that resonate with modern young men, KLY [real name Siyabonga Mkhize] is proving an African talent arguably treading the steps of international game changers such as Drake, PartyNextDoor and Bryson Tiller – with a twist, of course.

The main difference is his African flavours and vernacular ad-libs on his tracks. Born in KwaZulu-Natal and raised in Midrand, KLY is aiming to go international with this global appeal.

Having joined the entertainment industry at an early age [as one of the official dancers at the 2010 World Cup and being part of internationally recognized Krump crew, 300cru, which hosted the likes of US Krump originator Tight Eyes] KLY has always been destined to be a part of the entertainment portal.

KLY [which originated as an acronym for Keep Love Young] is a sultry singer who fuses passionate lyrics based on his life experiences. Not only does his sound pull at the strings of the heart, but his versatility echoes the lifestyle of the millennial ‘trap star’.

The future looks promising for the rising star as his talents have been recognised and commissioned by accomplished South African producer, Maphorisa.