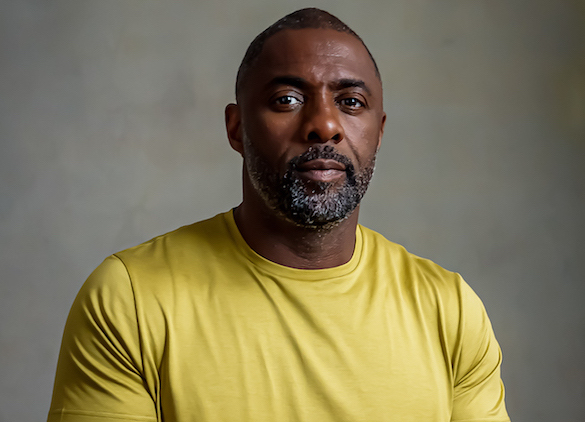 Idris Elba is taking part in the Africa Day Concert 2021

The intention of Africa Day is to celebrate and acknowledge the successes of the Organisation of African Unity (OAU now the AU) from its creation on 25 May 1963, in the fight against colonialism and apartheid, as well as the progress that Africa has made while reflecting upon the common challenges that the continent faces in a global environment.

To mark this year’s celebration, President Cyril Ramaphosa said: “As we observe Africa Day, let us deepen our efforts to achieve a sustainable and lasting social and economic recovery for the citizens of Africa. Ours must become a continent that is thriving and prosperous, not one from which its people are dying in an attempt to leave.”

The Matrix Communications Group, founded by former The MediaShop managing director Kgaugelo Maphai, has partnered with Good Governance Africa (GGA). GGA is an NPC led by Chris Maroleng. The organisation exists to improve governance performance across the continent. Today, they are launching the interactive Africa Digital Databank (ADD), a searchable database created into one databank with API (application programme interface) functionality and metadata coding.

“We are proud of the work we have created which amounts to an encyclopedic overview of the continent and will serve as a useful reference guide for academics, students, corporates, marketers and government entities for many years to come. Additionally, it is easily accessible and clients can access the latest available data,” said Maroleng, global advisor and SADC executive director of GGA.

Meanwhile, Matrix is positioning itself as a pan-African business. It has has partnered with Isaac Nkama, a renowned and respected foresight strategist and professional futurist, to establish a consultancy called Africa Foresight Consulting, and Zindi; a group of African data scientists who will help make sense of the numbers.

“The Matrix Group is excited about these partnerships as we believe they will help propel our footprint, and also allow us to tap into local talent in each country to solve business pain points within the continent to future-fit our group. These are the skills required to drive business solutions and broadly the African economy post the pandemic,” said Dineo Mahloele, managing director of Matrix Group.

Zindi has built a platform that provides Africa’s young talent with the tools and experiences, and the skilled labour force is deployed to solve Africa’s and the world’s most pressing business and social challenges through data science, machine learning, and artificial intelligence (AI).

Mahloele added: “The group has also partnered with Fieldstone Helms, part of BFH Group based in Kenya, as well as Peacock Media in Lagos, Nigeria, as we believe creativity will continue to be at the heart of the recovery for the African economy as we try to live with and post the pandemic.

“Both agencies will allow us entry points for partners who wish to do business in East and West Africa. When travel opens up, we will continue to seek opportunities in countries like Senegal and Rwanda, and possibly Egypt in North Africa.”

It is also about to launch what it calls a “key differentiator”, the Social Cohesion Foundation of South Africa (Socofsa) in the next quarter. “We believe the only way we are going to drive business growth is by understanding our people in our country, and over time the continent,” Matrix said in a statement.

“In return, the group will have access to the data collected by the foundation within all the cities and provinces in the country, and, together with the data scientists and research company, will curate insights and tools, as well as localised content which will be key to our ideation and problem-solving for our clients. We want to be known as a continental creative hub that’s strong in business strategy, not just as agencies.”

In celebration of Africa Day on the 25th of May, Converse SA has created limited-edition Unity Laces. Unity Laces symbolise unity amongst African countries and encourage all Africans to Stand United.

Converse has created a series of 10 different pairs of laces, made up of 2 African flags. One half is the South African flag, and the other half is another African country, namely: Nigeria; Zimbabwe; Congo; Malawi; Ethiopia; Lesotho; Swaziland(eSwatini); Zambia; Somalia or Ghana. When Converse sneakers are laced with Unity Laces, the 2 African flags become intertwined, symbolising unity between 2 African countries.

The Africa Day Concert 2021 features a star-studded line-up of guest appearances from some of the most well-known faces on the continent and around the world. The highly anticipated global event is set to put Africa’s next global wave of talent centre stage at this year’s concert and will stream exclusively on YouTube at 19:00 CAT/18:00WAT and broadcast across Africa on MTV Base (DStv Channel 322) at 21:00CAT/20:00WAT.

Africa’s most celebrated superstars will introduce the next global wave of talent at this year’s event. This includes the iconic and legendary musician Angelique Kidjo, Congolese singer-songwriter Fally Ipupa and the legendary internationally renowned South African artist Yvonne Chaka Chaka amongst others.

“We are thrilled to have some of Africa’s most notable stars, who will be celebrating Africa’s next global wave of talent. The Africa Day Concert 2021 will be a spectacular display of African excellence fitting of this year’s anniversary which also reflects current youth culture and energy. Viewers can expect a unique content experience that will be innovative, informative and entertaining,” said Monde Twala, senior vice president and general manager at ViacomCBS Networks Africa.

The concert will also shine a spotlight on some of the most dynamic emerging artists from all over Africa. These talented young African artists are on the cusp of immense success and for the first time, they will be seen by a global audience. This includes Rozzy Sokota (Sierra Leone), Ary (Angola) and Mohamed Ramadan (Egypt)

Alex Okosi, managing director of emerging markets in Europe, the Middle East and Africa at YouTube said the Africa Day Concert was an important tribute to Africa. “We are excited to have the next wave of African artists perform as we celebrate the 58th anniversary of this auspicious day. At YouTube, we are committed to continuing to showcase the power of African talent and creativity to the world.”

As an envoy for a reimagined Africa through content that is relevant and resonates with young audiences, ViacomCBS Networks Africa (VCNA) understands and recognises the importance of creating an environment that supports the potential of the youth on the continent. It is with this in mind that VCNA continuously aims to collaborate with partner organisations to bring education and awareness to imminent social issues like the ongoing fight against malaria in the African continent.

“As VCNA we are inspired to continue to drive initiatives through powerful partnerships that are committed to realise a reimagined Africa which showcases the continent’s talent and drives a strong message of hope and change,” said Monde Twala, senior vice president and general manager at ViacomCBS Networks Africa. “VCNA’s reinforcement and the need for African collaborations: The Zero Malaria Starts with Me movement embodies the vision to create an Africa where youth can realise their best potential. We look forward to amplifying positive social impact across our MTV Base, Nickelodeon and BET Africa platforms during Africa month in May and Youth Month in June.”

Following the recent joint launch of the Draw The Line Campaign with Malaria No More, MTV Base through a Memorandum of Understanding (MOU) with VCNA will drive awareness and education on how best to reduce malaria incidences across all its platforms.

Lilies Njanga, Africa Director at Malaria No More UK said: “Young people are the future of the fight against malaria. They are the generation to eradicate this disease. We are delighted to partner with VCNA who represent the energy and voices of the next generation. Together we represent creative force as we draw the line against malaria, and we invite young people to join us.”

In celebration of Africa Day, Deezer has revealed the top streamed artists, albums and tracks in Africa.

Interestingly, when looking at artists all over the continent, music fans in Africa prefer the sounds of global hiphop and R&B artists such as Drake who tops the #1 artist spot followed by Pop Smoke and the Weeknd. However, it’s a different story for music fans in Africa when we focus only on Sub-Saharan artists where local artists such as Nigerian superstar Burna Boy takes the crown followed by Davido and Wizkid.

“Africa Day is a time of reflection and celebration. We love seeing local artists from different parts of Africa being streamed all over the continent. To support these artists even further, we’ve created ‘Sounds of Africa,’ where our fans can discover the variety of sounds that are distinctly and uniquely African,” said Sotiris Moldovanos, Deezer music editor for Africa.

Top 10 Most Streamed Artists in all of Africa

Top 10 Most Streamed Tracks in all of Africa