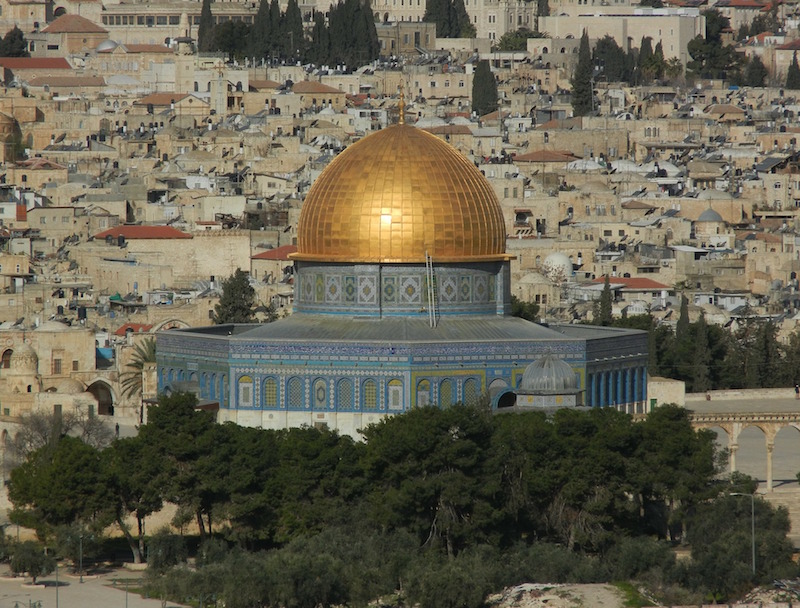 I’ve had a horrible week in social media, not only because I was affronted with horrific media out of the Middle East, but because of the reaction of people who I care about. I always keep my eye on the Middle East and Gulf as I have strong Arabic roots and I have many friends all over that section of the world. What I saw was the #RedLine.

Every Ramadan, Israel and the Palestinians ‘clash’, but not like this. Already flouting International Laws of Colonisation, Netanyahu decided he might as well go for gold by displacing yet another set of Palestinians from occupied land. It was Ramadan. I held my breath. But here we go… Rails went up at #AlAqsa mosque and on Latul al Qadr (the holiest night of the Muslim month of Ramadan), Israelis threw stun grenades and rubber bullets, blinding and injuring many INSIDE the Mosque. This Mosque is a large part of Islam and is an honour for Muslims from around the world to make the second pillar of Islam; it is mentioned in the Quran several times. I won’t get into the reason for the importance of the Mosque, just understand that for Muslims it is the holiest site bar, Mecca and Medina.

The rage I felt was enormous. The following night 90 thousand Muslims come back to pray, their faith not swayed by the horror the night before. They were steadfast in completing their task of prayer on the holiest nights of Ramadan. Their cars were stopped from travelling so they walked, thousands of them, to perform the second pillar of Islam. I didn’t even care about #SheikhJarrah at the time because I just could not believe anyone would do that to the holiest of sites in a country where religion is second in the fight with Palestine; the ‘conflict’ is about land. If this same act was made in New Zealand, it would be called terrorism.

I wanted to understand why these actions were so outrageous and why #Netanyahu had made such a significant and horrific move and there it was, #SheikhJarrah and the viral video of the woman asking her neighbour why he was taking her house, and the neighbour responding (in a Brooklyn accent) that if he didn’t take it someone else would. That woman was displaced by Israelis last night; she was arrested and forced out of her home.

As is always the case the narrative shifts back to #Hamas. Yeah, that old story, the terrorists, they used to just have rockets and kite bombs, but now they have drones and rockets that are fired from Gaza. #Gaza is a place you cannot leave or enter without express permission from Israel. Israel, ‘defending’ itself, strikes back with a massacre of 70 people while they shoot fish in a barrel. Well, it’s not like you can leave Gaza if you are scared, right? There’s no dome to hide under that stops you from getting hurt!

The biggest story in the world

The biggest story in the world is now generating over 11 million posts per day, and this time it is different. This time is not the time of Hamas, this is a time of the rest of the world rising to say ‘enough is enough’. The #RedLine. I’m not talking about world leaders or the cowardice of the Arabic countries. I’m talking about the humans behind their phones. The 11.3 million voices during the attack of the Mosque that said “no more”. My timeline flooded with atrocity after atrocity, injustice after injustice and the images of strength in a nation fighting for their lives. It was at this point I took to social media.

I got what I deserved; if you enter a warzone, prepare to get hurt and man, did I get hurt. I was told that I was ignorant that I wasn’t allowed to use my voice because I wasn’t Jewish. This isn’t about Jews, this is about a super power called Israel led by a king that cannot hold onto his crown and is opportunistically using his nation to force a war. I have several journalist friends and personal friends that live in Tel Aviv. I feared for their lives. I could have raised hell myself after Al Aqsa, the Palestinians have nothing left to lose. I was asked where my humanity was by siding with Palestine.

The irony of that question. I was told that I am blinkered, uneducated and a terrorist. I cried, a great deal, not because I had a rough few days on social media, but because my friends defended the indefensible. There are two questions I wanted answered: why attack the pillar of Islam on the holiest of holiest nights in the Muslim calendar? (This was never about religion, it was always about land) and two, why were civilians taking people out of their homes they had lived in for years? Scroll forward 72 hours and we are witnessing a bloodbath.

I was born into apartheid, I was complicit. I will never deny that. I knew it was wrong, I had no means to fix it, I had to watch terrorist organisations fix what was wrong by all means necessary, and why? Because their land was stolen, their right to vote didn’t exist, their right to services was controlled, they had to carry passes, they had to be in their segregated sections of the country and that was done on the basis of colour; it didn’t even bring in religion.

#ApartheidIsrael is real, I know there are many Jewish people around me that don’t agree. I know there are Israelis in the IDF who don’t agree with me, but I also know there are Jews and Israelis that DO agree with me. Just like many didn’t approve of what was happening in South Africa but their hands were tied. Netanyahu will make the #EFF’s coalition dance look like child’s play, but social media is the great disruptor and even if the US sides with a terrorist act it doesn’t mean that all Americans do.

Just because South Africa condemns the attacks doesn’t mean all South Africans do. That’s what social media has done. It’s replaced the words of ‘conflict and clashes’ with ‘terrorists and apartheid’, and it has disrupted the narrative. #FreePalestine is at the centre of the social media voices. In South Africa alone there are over a 130 000 posts this week and almost 400 000 engagements. This is the biggest story in South Africa today, bar none.

Bringing this report back home is difficult when you are confronted with headline after headline in South Africa that make you cringe and shake your head.

The #ANCNEC wrapped up with Ace on Zoom and then Ace in person followed by a series of #LeakedRecordings that Ace reckons prove there is a plot against him. Tell that to the people in the #FreeState #Mr10Percent. Last week I told you that #JessieDuarte had to serve papers on #Ace Magashule. Today he has less than 24 hours to apologise to the President and the country for the farce of a letter suspending our #President. (And if he doesn’t does he go to jail? Nah, don’t be daft.)

#Duarte stood up and told us about how she’d received death threats and she took the very same opportunity to make it very clear that every move she makes is under direction of the party and she is merely a puppet. (She quickly had absolved herself of her role in #StateCapture and her role in the #GameofAces).

The outcome of the #NEC, no one knows. I can tell you this, though, they are off on a retreat where they will discuss the factional fighting properly. Nice work if you can get it. They also resolved that the suspensions would hold as directed but “with pay” and could “take up to six months” (read, at the very least six months) to resolve. Again, nice work if you can get it.

The “#ThirdWave is here”. The headlines hit followed by headlines that read the “#Thirdwave is coming”; is it here or isn’t it? We are told that a handful of people returned from India and with it comes the #Thirdwave. Deep breath, question: What happened to quarantine?

#BathabileDlamini paid back the money, R650k – nowhere near the devastation she wrought and the lives that were lost by her devastating reign at #SASSA. And #UncleGwede’s wife has been fingered in a solar deal fraught with corruption.

There were a great deal of celebrity trends this week including #AKA and his late girlfriend, several viral videos showed the other side of fame and it was not pretty. #AKA insists he had nothing to do with her death and that he never abused her and then he withdrew from #JoburgDay. I don’t know, I don’t want to believe that #AKA, a hero of the South African people, hurt a woman and for now the story is still being unravelled. I was just reading these stories when I found that #Enhle and #BlackCoffee having a social media fight that to be fair I didn’t have the energy to get into it. I was too busy watching #Undertakers protest with coffins in the streets because they are victims of a failed system as the bodies pile up.

#Buthelezi tore into the #ANC as they tried to hijack the #RoyalHousehold. He told them in no uncertain terms that they had been nothing but a nuisance in the past and that he didn’t need their help at all. A word on #PrinceButhelezi; he’s a trooper, given his age, the man speaks so much sense and always holds himself with dignity. I like him. A lot.

In other news #DDMabuza has a voice, but it’s as slow as the roll out of the vaccine. The nation shouts louder that we have the resources at home, why aren’t we manufacturing like a boss on our own soil? #VaccineApartheid entered the narrative as the President himself lamented that other “rich” nations get first priority. Ah the irony.

During the State Capture hearing, ego maniac #LuckyMontana told us again he is a wonderful fella and #Zwane travelled to India and didn’t know that the #Guptas paid for his trip. Did he just get a delivery with a ticket? Come on!

And then, #Polyandry, South Africa has ruled that a woman may have more than one husband. Oh, how I laughed, who on earth would want more than one? Look, one thing is for sure, #SA is at the forefront of allowing relationships to just be relationships. There is that!

How do I end this week on a positive note? It’s #Eid today for South Africa, the celebration after a month of fast, prayer and sacrifice. I wish you all a peaceful three days where you can take care of those nearest to you with the reassurance that they sleep safely in their beds wherever they are. #EidMubarak