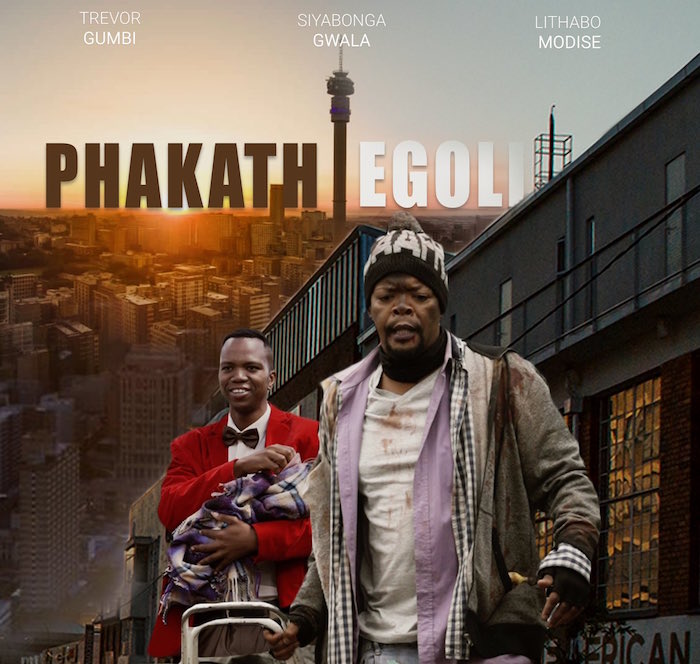 Phakathi Egoli can be viewed on DStv Catch-Up

Having one of the oldest and most established film industries in Africa, South Africa’s film and television industry is still bustling with great opportunity to become a commercially viable creative hub.

For years, foreign filmmakers have taken advantage of South Africa’s diverse and unique locations, as well as lower production costs compared with the United States and Europe.

The country has developed a reputation for having quality film production crews, which have been involved in successful international films such as Fury Road, the fourth installation of the Mad Max franchise, Blood Diamond as well as the Avengers.

This has been the most lucrative form of production in South Africa, and it is called facilitation. Many South African producers specialise in hosting international film and TV productions by providing crews, finding locations and casting extras for clients. The film incentives offered by the Department of Trade and Industry allow visiting productions to claim money back for working in the country.

The government has identified the local film industry as having excellent potential for growth and as a catalyst for direct and indirect job creation.

According to a report by the National Film and Video Foundation (NFVF) – an agency of the Department of Arts and Culture that was created to ensure the equitable growth of South Africa’s film and video industry – predicts that a direct impact of the R4.4 billion generated by the South African film industry on economic production in 2017 could lead to a rise in total production in the economy to approximately R12.2 billion in the near term, that is an economic multiplier of 4.9 for every R1 spent.

Certainly, initiatives such as the MultiChoice Talent Factory (MTF) have been instrumental in helping to transform the South African film and TV industry.

The MTF is a training programme for up and coming film makers and aims to grow a pipeline of African storytellers. The programme has been upskilling students and empowering them with substantial knowledge and experience since 2014.

The raging pandemic did not deter MTF in South Africa from opening student’s eyes to other content creating opportunities such as developing micro-budget films which are made by small crews on tight budgets or the production of content remotely, a growing trend globally.

Experts have said making a film is not enough as distribution is key in ensuring commercial success. This has been the biggest challenge for local producers as South Africa cannot generate enough scale on its own – creating content that appeals to a global market is key in ensuring the financial viability of the industry.

Box office statistics also released by the NFVF, show that in period between January to June 2019, local films made R590 million, 8% less than the first half of 2018.

With an estimated 25 000 people working in the South African film and video industry and with the country consuming more content– the opportunities are ripe for the next generation of the country’s filmmakers to create mass appeal films that not only have a market locally but globally too.

It also means that producers do not need to worry about massive marketing budgets to get their content seen by audiences who would not necessarily form part of their target.

Graduates’ films get airplay on DStv

Four original films produced by the graduates of the MultiChoice Talent Factory South Africa (MTFza) are being broadcast on Mzansi Magic channel 161 and made available on DStv Catch Up. The films are Inkwekwezi, Mjolo Ke Scam, Ingane KaBaba and Phakathi eGoli. The class of 2020 marked their accomplishment at a graduation ceremony on 29 June 2021 aptly themed Unmask the Future, held at the Bioscope Cinema in Johannesburg. The ceremony was attended by the graduates, with friends, families, media, and industry experts joining virtually to celebrate this special occasion. Despite being forced to complete the 12-month internship programme online due to the pandemic, leading their cast and crew while social distancing, gathering restrictions and wearing face masks, the graduates pushed themselves hard to bring their ideas to life in the local stories. The MTFza Academy has been instrumental in developing a pipeline of storytellers for the South African film and TV industry by upskilling students and empowering them with substantial knowledge and experience. Since the programme started six years ago, 86 students have been trained.