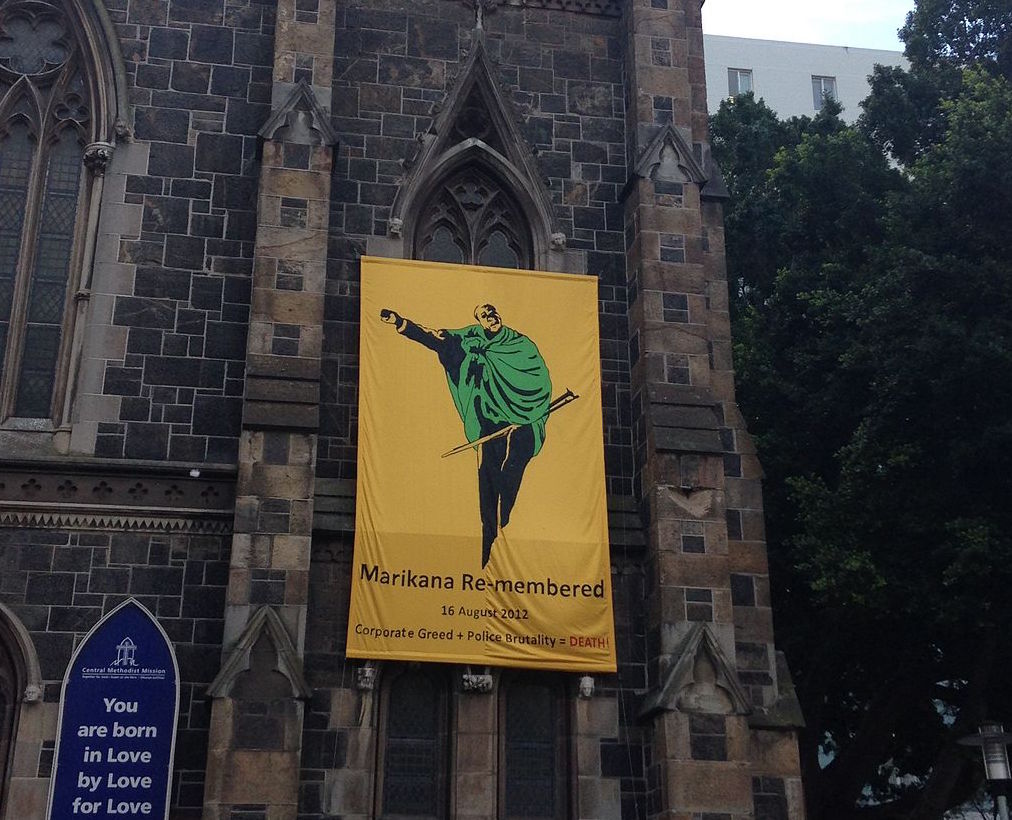 It was a strange media week where international news trumped local news. The biggest story across SA this week was the horror of #Marikana. It is nine years later, and the families have still not been properly compensated.

Questions are left hanging in the air, like bodies that once lay on the ground.  Why does everything take so long? #Marikana is a constant noose around #Ramaphosa’s neck and even though he wasn’t President at the time, he is now, and he should fix this mess in which compensation has taken almost a decade to resolve. During the past seven days, there have been more than 41k mentions with an engagement exceeding 150k. Why does everything take decades to resolve? A #DecadeTooLong

From one horror story to another. I watched in horror as human beings climbed onto the outside cavities of aircrafts, hoping to escape from #Afghanistan. I was both heartbroken and incensed. A foreign country took control of #Afghanistan more than two decades ago, and now they have left the country in the hands of the (more readily armed) #Taliban. I was even more horrified when I realised that Americans have been led to believe that the Afghans have CHOSEN the Taliban after 20 years of being occupied by the US troops.

In addition, they have been led to believe that the repressive Taliban and their horrific actions are based on Islam. Firstly, this is not Islam, this is politics, please don’t confuse the two. Islam treats women and men equally, politics and culture don’t. I have spent many hours on Facebook trying to explain that a hijab is a personal choice in Islam and is only necessary for prayer. The level of ignorance surrounding my religion has left me so sad.

Google will help those of you that are confused, I promise you that if Muslims were like the Taliban, you wouldn’t be around right now – there are over 1.6 billion of us. This is a political game, not a religious faction. There is an animation called #TeamAmerica, and never has it been more accurate than in this situation. America, you should be ashamed; you killed your own people, killed Afghans, destroyed a country, and made it a hub for terrorists and opium (some may say there are two sets of terrorists in Afghanistan, and one left this week).

America: you have armed the Taliban and added to the already heavily supported Iranian force.  You remember that “war on terror”, well here are the real terrorists; they are in US military uniform under the guide of #Biden and many previous administrations. Women have been left to fend for themselves with nothing but the will to escape. And where shall they go to, have you checked the map? Refugees will now be confronted with three options: either Pakistan, Iran or China. Not a great choice. This is beginning to sound like #Syria. You know the story, the one where humans don’t matter but arms do. Shame on you. #USAMustPay #DecadesTooLong

Back home it was politics all the way. #CarlNiehaus was in court, and he was very upset that there were armed guards at the court. How dare you, Carl? Imagine how we felt when there were armed terrorists on our streets a couple of weeks ago? #InsurrectionHasConsequences! #AceMagashule was charged, but no one will tell us what he was charged for. What is that all about? #WillHePay? #DecadeTooLong

The media dropped files on the #VBSLooting that stopped any #EFFTeaParty after the cups were filled.  Floyd #Shivambu has been heavily implicated as media proved a massive link between the #Shivambus and the looted bank. The next time #Julius asks you to find a gogo he wants to help, please send him to the VBS client list. Then he can #payBacktheMoney! In other #EFFNews, the party wouldn’t participate in the Speaker of Parliament vote. Are you bored yet? I am but I’m forced to go there. #MadamSpeaker #MapisaNqakula was appointed this week. My word she has more portfolios than I can point a stick at.  She started off as the #MinisterofDefence, which was a grave insult to our country. And now she is replacing #ThandiModise as the Speaker of the House. Didn’t we see how dangerous the position can be? I mean at one stage #BalekaMbete was holding the country ransom and now we have a woman shrouded in many allegations of corruption appointed to one of the highest, most influential positions in our land. Come on #MrPresident, we deserve better.

The #ANC are struggling to pay staff and they have asked them to be “flexible” with regard to payment of their wages. Are you kidding me? I abhor organisations that make employees beg for their salaries as if it were a gift and not a contractual obligation. The CCMA is one thing that works in South Africa, go en masse guys.  #ANCMustPay.

I suppose we should talk about #Zuma, as much as it bores us. Apart from pulling a #Shaik, Zuma remains in hospital with his unidentified, critical medical condition (that requires multiple surgeries) while his legal team works for their money, #TheyGotPaid. #Concourt has said that #Zuma has no chance of the International Courts assisting in his ridiculous plight … but that doesn’t matter, does it?  He has, to date, not served a day in jail. Apparently, in his “very sick state”, he said that he will take #Mandela down with him in the #ArmsDeal testimony. Hey JZ, we don’t care! The last time we checked #Mandela is sadly no longer with us; you can trample all over his legacy because we would expect nothing less from you. That’s how you roll. We want our money back, but we know that #JZWontPay.  So all of this is moot.  Nothing to see here, folks, just decades of mismanagement and a country left to rise from ashes. #DecadesTooLong

#Covid19 #vaccinehesitancy is a big thing. Enter #SusanVosloo who claims that the vaccine risk is higher than that of the virus. No wonder the vaccine sites are so empty that people have to be incentivised with discounts at Game and a free cup of coffee at Wimpy. Yet, while writing this, the KZN infection rate is rising so quickly, that the third wave has done a second up-turn.  This means it’s not a wave at all, it’s more like a rollercoaster. Want to know why this happened? There is no need for a scientist to explain this one; this was due to the #coupAttempt. What else did we expect? Who among those terrorists that crippled our country will pay for the lives lost?  No one, the answer is: #NoOneWillPay. The real instigators of the insurrection have not been jailed or charged.  Duduzane and Duduzile are still drinking sweet tea as they wait for daddy to come home.

Then this story crept out of the woodwork: apparently Cape Town is looking for a divorce, they don’t want to be part of SA anymore. They took a poll you see and apparently over 90% voted to leave SA. I wonder if #Khayelitsha had internet access to vote in that poll?  In fact, is #Khayelitsha even considered part of the #RepublicOfCapeTown? The gall of it. Fix your own mess CT, you are not a shining example of South Africa, in fact you are a showcase of pure disparity. The “haves” vs the “have nots” – that is the #RepublicOfCapeTown in a nutshell. Leave if you like, but take your mess with you. Your poverty, your homeless, your ganglands, your taxi wars, your racism, your infrastructural issues and your mountain.

Go on then, we dare you. What will happen when you don’t have the ANC to blame? Let’s see how much better your do. As if to prove my point, #Steinhoff’s #Wiese and #Jooste are fighting over a wine farm and #PhumzileVanDamme had the audacity to say that #SA’s infrastructure trumps #Norway. Get on with that #RepublicOfCapeTown guys! We will fix OUR country without you.

I have some very good news after all that gastric reflux inducing news media. There is a man who saved Christmas among us. Last week I spoke to you about the impact one man, #MikeSharman, had on the bankrupt SASCOC and their failure to incentivise the Olympians. This week I read that #SantaShoeBox had run into some trouble in Gauteng. They couldn’t find a warehouse to distribute the shoeboxes that are so welcomed by the underprivileged kids in Gauteng over Christmas.

All it took was a quick shout out to #PepeMarais and just like magic …  #PepeSavedChristmas. The logistics, mechanics and space have been resolved and #SantaShoeBox is on track to deliver Christmas just in time for Santa. These are the stories that should be dominating our news media.  Thank you for making South Africa the magical place it is! We salute you #PepeMarais

Oh, and if you missed it #CaitlynJenner is running for President of what? Cape Town?