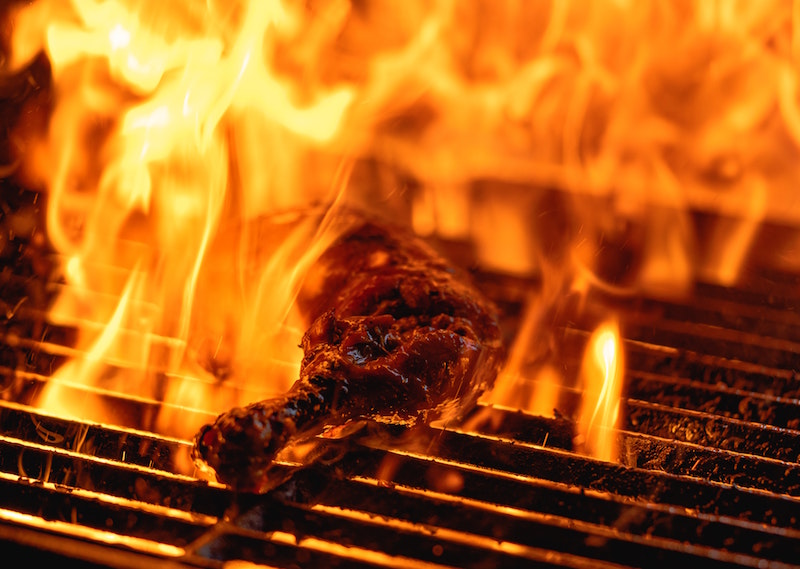 #ScratchTheSurface with Tonya Khoury and Acumen Media over seven days.

I’m back, unlike Eskom. I’m writing this without electricity or internet, so at this moment it feels like I may just be talking to myself. A very interesting thought. So, as I’m having a personal moment, let’s clear the air for the listeners and readers. I’m acutely aware that my reports, while sometimes funny, can get depressing and I’m reaching out to those of you that feel like I’ve become a Karen. Sad truth is, I have a bit, and I have the haircut to boot. URGH!

Allow me to explain how this report came into being, because I want you to know why I do what I do. I read every single headline or social media trend and measure it against what your reaction was to the story. Imagine watching news and Twitter vitriol all day and night. I’m in my late 40s and I’m on anti-depressants and I’m quite mad because I love my job. I like writing the weekly report because I get to vent at all the rubbish my brain and soul consumed, all the while getting to laugh at how far my eyes can roll backwards.

I do this so you don’t have to. Please try to laugh with me (or at me) as I digest our daily headlines. And off we go!

I was digesting my news consumption when Gareth, the misogynist and repeat racist offender, failed at doing what he is actually good at. Hosting a show. #SoThatHappened. I doubt you missed it because it was a bellower of a story. #Cliff hosted a debate with Rakhivhane’s from One SA and Steenhuisen from the DA on an online show that he has been hosting for five years. I’d never watched it, but this week the whole of South Africa knew exactly which show it was and who sponsored it.

Here they are on screen and Cliff starts firing bullets at the ANC, and #Steenhuisen was glowing.  We all learnt that Gareth is a DA supporter. It didn’t take long to work that out, especially when he dismissed the #RacistDAPoster plastered across #Phoenix. #Phoenix, a place that was almost annihilated by terrorism. Cliff lamented that he “even had to go there” and with those words #Steenhuisen’s chest grew like a big blue bloated peacock. Incidentally there was no “race war” in Phoenix. There was a war on terror, each and every one of us saw that. Not a single one of us saw colour – until a politician stepped into the room.

I digress, so Cliff is grandstanding for the DA and every now and again he says: “I suppose we should ask Rakhivhane about …”.   My hackles were already up when he dismissed the poster but now I was seeing blatant sexism!  It was so obvious that both Steenhuisen and Cliff felt that #Rakhivhanewas the underdog and neither made any attempt to cover it up, instead they lapped it up.

In fact, Steenhuisen laughed out loud at the idea of an independent candidate leading this country but then waxed lyrical about “electoral reform”.  And then it happened, #Cliff during the little time Rakhivhane was allowed to speak, chopped her voice up with a machete by speaking louder – that’s shocking hosting – but more so, he drowned her out during her reference to racism in our country.  He said that her racial experience was “anecdotal” and “irrelevant”! He got so wound up that he literally got up out of his chair to shift the rage that I imagine was coming out of his back end.

Steenhuisen smiled broader than the gaping divide between Camps Bay and Khayelitsha and nodded more vigorously than the toy dog you put in car windows. He agreed whole heartedly that racism didn’t matter in municipal elections and that the only thing that mattered (and he screamed this) was “service delivery”.  There is so much wrong here. The systemic racism in our country, the blatant racism and sexism in our country, the lack of service delivery by the DA in our country. They are not interchangeable. They all require attention.  #SoThatHappened

The one thing I didn’t expect to happen is that the sponsor of the show, #Nandos, would be boycotted for hosting the show. Sponsorship can be problematic when you’re debating hot topics. Some said Nando’s should have known because #Cliff has a history of this. Well maybe, but he has a huge audience and is notorious for being a shock- jock so it suits the brand well … no? They did the same thing with Daily Maverick a while back and that was burning hot.

Nando’s have always pushed the non-racialist agenda. Always. Never anything else. They have taken the appalling narratives we have seen across our media and they have pushed back and said #NotInOurName. And then one idiot shows his true colours and suddenly decades of hard work gets burnt!  Nando’s did the right thing; they parted ways with #Cliff and acknowledged that the situation was outrageous and uncalled for. Does that mean that the debate is silenced? When will we, as South Africans, address the elephant in the room? #SoThatHappened

It gets weirder… picture this; South Africa enters the world platform in the North America’s to play cricket (a game, whose ruling board in South Africa, is both morally and financially bankrupt). The Americans are just waking up to the fact that racism is systemic and are decades behind South Africa in the conversation about white privilege. (Please don’t misinterpret my statement – South Africa hasn’t worked it out, but we are talking about it).

So here are the #Proteas standing on the global stage and there is a collective decision amongst all teams from across the globe to take the knee or raise a fist to show solidarity with #BLM. Quinton de Kock decides that this is the appropriate time to tell his management that he won’t be “told what to do”. He did not look at the gesture itself, just the fact that the CSA made the movement mandatory across the team. Regardless, he refused to be a compliant employee.

In his apology he said that he is not racist and comes from a family that has different racial backgrounds. So, hold up, you only used this opportunity to give your bosses the middle finger? Do you remember you came from a country that invented #Apartheid #DEKock? Did you look further than your backyard to see that the world beyond SA has a movement that fights #SystemicRacism #DeKOCK? You deliberately chose that moment to be  insubordinate?  Well alright then, #SoThatHappened

Four brothers are somewhere in South Africa. We pray and make dua every night for these children whom are the innocent victims of greed. They don’t have to tell us what’s behind the kidnappings, we know .  Even if it’s politics or big business it’s still greed. Each day we scour for headlines to find an outlet for our pain or to find some form of relief but … #ThatHappened #MotiBrothers

Eskom! Do I have to? You see you’re going to tell me I’m grumpy.  I am!  I’ve been trying and failing to run a business that’s entire backbone is based on trawling the internet across the world.  Try doing that without connectivity.  You see, I don’t care about #Eskom but I do care about VodaGone. I’m just grateful that the whole country has experienced this farcical set of providers and my precious clients were sympathetic to our lack of resource.  I was walking around kicking a bucket in my fury when I heard #PravinGordhan crying foul over the situation at Eskom.

Huh?  Wasn’t he the guy who was tasked to fix this bottomless ravenous defunct life-impacting SEO?  #SoThatHappened. Yesterday #Mantashe announced the preferred IPPs – the so called – “Independent” Power Producers. It will take about a decade we are told. I’m noticing a trend; everything the ANC is promising on debt and infrastructure will be fixed after this election term. They assured us, though, that they had entered a contract with #Eskom to keep the lights on for the #ElectionDay. How insulted are you?  Have you got kids writing matric and studying by candlelight?  It doesn’t count my friend. It only counts on #VotingDay. There is a blatant message here – “your personal experience is anecdotal and is irrelevant”. All the ANC cares about is that they are kept in power.  Wrong word, kept in charge. #SoThatHappened

It wouldn’t be a weekly report if I didn’t mention uBaba. #Zuma lost his case to recuse #Downer.  Social media bots were out saying that Zuma will never win in an South African court and I was thinking – well I hope not with the rap sheet he is guilty of – and then I #RememberedKhwezi. Those bots have no shame.  In case you cared about #Zuma’s health and his so called “debilitating illness” that resulted in #MedicalParole; he was seen in a suit sharper than a poisoned arrowhead and was giving out #CovidHugs outside the courts. Yes, #SoThatHappened

In other news #Malema promised a car that is no longer manufactured and posted “Flushing Toilets for All” which prompted social media to rebut #WaterFirst.  #ZweliMkhize wants the #SIUReport dismissed and is off to court.  We learn a great deal when we steal hey? #Stalingrad seems to be the order of the day for looters with lawyers. #SoThatHappened

Across the pond: if you don’t like what people say on social media then start your own. Trump’s new social network #TRUTH was launched this week (largely for Trump to take shareholder’s money) and within hours it was hacked by Anonymous.  When asked why they did it they said the effort was part of their “online war against hate.”  War against hate. #SoThatHappened

#ManUnited lost to #Liverpool so it seems they’re on the verge of walking alone.  #AlecBaldwin was involved in an incident. Apparently “suspected” live ammunition went off from a prop gun killing the Cinematographer and seriously wounding another member of the team.  It was after several headlines that I read that Alec himself had pulled the trigger of a prop gun that was loaded with live ammo. #SoThatHappened Oh and Facebook is not #Meta – OK!

Please go and vote on #NovemberOne. Find us a new opposition South Africa and do what we do best on election day – make friends and remember that this is single handedly the best country in the world despite what happened.

I’m Tonya Khoury and we’ve just scratched the surface of the big stories in South Africa over seven days with Acumen Media.