Put your hands up 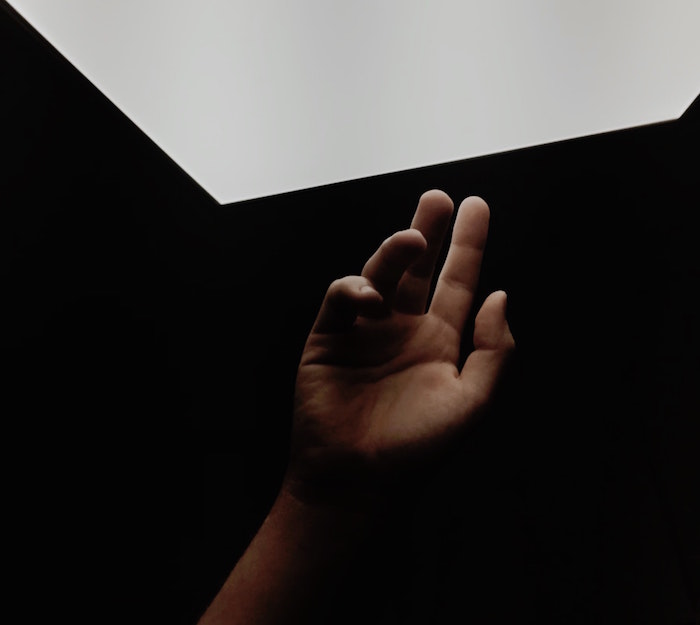 Transforming an uneven industry requires women to take every opportunity to succeed – and even fail.

Sometimes I look around and wonder … where are my female peers?

I am a young-ish female media entrepreneur. I can count on one hand others like me in South Africa – heck, even in the region.

That’s understandable. It’s damn hard to be an entrepreneur in any field – especially journalism, where the business model is still in disarray. And with the added, invisible pressures of being a women? Ha.

In fact, just being a woman leader is difficult. The double standards are real.

You’ve probably heard a bit about the most infamous episode of my career: the HuffPost fake blog. I learned my lesson and resigned on principle. The experience heavily informed my current project: explain.co.za. As I said in my TEDx talk, thanks to my mistake I started earnestly researching and working on new models of news that are in depth and thoroughly researched.

Looking back, it’s clear that I paid a much steeper price than other editors who made similar mistakes. For example, Huff Post and Soccer Laduma were both Media24 titles. Soccer Laduma once published fake quotes but the editor, Peter du Toit, didn’t face anywhere near the same heat I did from Media24’s bosses, nor consequences for his livelihood and reputation.

So how do we as women overcome these double standards, and the increased pressure we face in the public space as leaders, particularly in an area as tricky as media? And all this while usually assuming more of the domestic responsibilities at home.

I firmly believe in the levelling effect of support programmes and policy.

How much privilege is enough?

I left full time employment for the first time at the end of 2019, and started explain.co.za, after years of dreaming about it and preparing. I was 35.

I became an entrepreneur relatively late in life, after going the corporate career ladder route in my 20s and early 30s. This means that I have access to more social and financial capital than the average entrepreneur. This includes personal savings (now depleted, haha).

But here’s the thing: it’s been so hard for me. And I’m so privileged. For others, particularly black women, it’s insanely hard.

Getting one’s foot in the door as an entrepreneur requires so much support. There’s a reason many of those who make it in South Africa come from the upper middle class.

One solution is incubation/start-up programmes that actually work. This is a buzzing space with so much on offer but little of value. Personally I have been blown away by the support offered by the South African Media Innovation Programme. Every industry needs something like this. The support surpasses anything else on offer to up-and-coming entrepreneurs.

Another incredibly valuable input on my journey was my selection as a Mandela Washington Fellow in 2018, following which I studied the basics of business in Austin, Texas. The experience of bonding with 27 other young entrepreneurs from across the continent and learning about business for the first time was incredible. It was like a mini MBA, and it gave me the skills I needed to start my business.

Women need to start putting their hands up and taking advantage of these opportunities. Why? Having the start-up space and media space in general dominated by male voices and leaders means we have distorted services, ones that often don’t properly comprehend the needs of half the world’s population.

But what of the emotional cost of being a female leader?

The bullying that women in the industry face is obviously quite substantial, particularly on social media. We also know that insults aimed at women over their work very quickly turn sexualised and violent. There is also a more subtle challenge in terms of becoming senior quite young as a female newsroom leader. Challenges include being second-guessed and gaslit, and facing sheer aggression.

Women representation in the media space generally is getting better, for sure, but it still needs work. The latest State of the Newsroom report in South Africa shows that 33% of editors surveyed were female, as were 28% of board members. What’s concerning is the number of independent titles that don’t release this information and are clearly untransformed.

That’s just another reason women should put up their hands to lead, particularly at a young age: it leads to greater understanding and innovation later down the line. Scoring both huge successes and making big mistakes at both jobs really gave me enormous perspective and courage! Once you’ve done all that, it’s easier to do something crazy like quit your job, start a business and more.

Getting high-profile jobs like editor-in-chief of the Mail & Guardian and HuffPost SA in my early 30s showed me first-hand how – and in some respects, why – our news model was so dramatically failing both audiences and journalists. It was a struggle to create work we could be proud of with newsroom budgets always shrinking and the very news model under threat as the digital ad model shifted towards behemoths like Google and Facebook, leaving just crumbs for publishers to fight over.

I also started to obsess about how to reach more people with the news they need to know – beyond the audiences mainstream news in South Africa reaches again and again. From my experience working on complicated investigative articles in the M&G, I knew from audience stats that too few people were reading and engaging with the details. I also know that news tends to reach the elite, marginalising younger audiences, women, non-English speakers and those outside urban centres.

I started explain.co.za to address those issues.

It was incredibly validating when Our Weekly Wrap, which summarises the news of the week in a conversational and easy to understand way via WhatsApp, was recently named the best media literacy project in Africa by the World Association of Newspapers.

So my advice to future female leaders is simple: Put your hand up. Stop doubting yourself. Stop holding back.

I think we’re going to see more funding and support for journalism becoming available as the world recognises how fake news is threatening the very fabric of society. It won’t have to be this desperate hunt for money to produce the journalism that society needs to function.

When that funding becomes available, grab it with both hands. Put your hand up and lead. Too often it’s only men who take these opportunities. Women’s voices, issues and needs are too often left out of the conversation. It’s time to change that.

Verashni Pillay is the founder of the award-winning news platform and digital communications agency explain.co.za. She was editor-in-chief of the Mail & Guardian and HuffPost South Africa. She was named one of the BBC’s top 100 women in 2015 and is a recipient of the CNN African Journalism Award, an Open Society Foundation journalism fellowship and the 2018 Mandela Washington Fellowship. Follow her @verashni on Twitter, Instagram and LinkedIn, or on Facebook.