Seven days on Twitter: #Ndlozi the #MediaExpert, a lesson in media buying 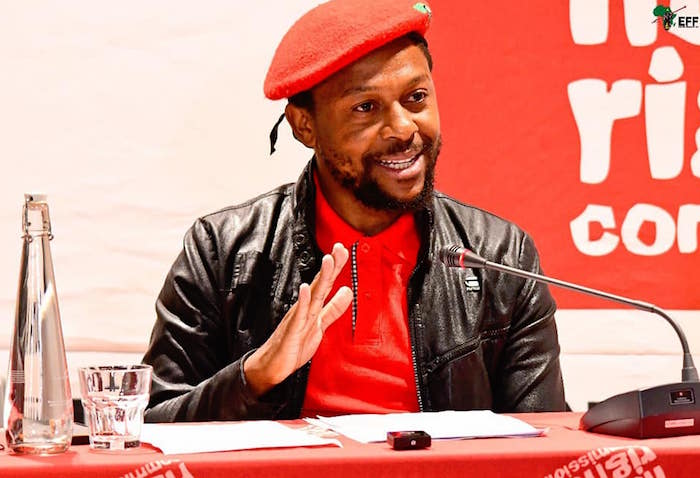 I’m afraid it’s been a tough week, I’ve had all sorts thrown at me and I must be honest, I’m not feeling so well. I was going to skip this week’s report and stay in my bed but then I saw the stupidest thing I’ve seen in a very long time:   #Ndlozi trying to grapple with the concept of media buying, not just grapple but he intended to prove racism among media buyers.

I watched an insert where he was telling his audience that #BlackRadioStationsMatter and that they don’t get enough media spend when compared to likes of #702. He used SABC stations by way of example, forgetting that they offer huge discounts and added value when you purchase time on SABC. [The SA Human Rights Commission this week started hearings into racial discrimination in advertising.]

I have a duty to set the record straight, some of you might find this a bit of a bore, but given the week I’ve had, I beg you to indulge me.

#Ndlozi, I have two words for you: ‘target audience’. One cannot criticise the media landscape, especially radio, without understanding how radio works, and clearly you do not. Listen carefully; there are three different sets of radio: the independents, SABC and community radio. In total, this gives us about 150 stations in South Africa to work with. I have been working in the media game for decades and although I’ve spent most my life in editorial monitoring, I’ve also had my time with advertising and media buying.

Let’s start with editorial as that is my forte. What is editorial? It is when the DJ or talk show host picks a topic, or person to feature. This could be good or bad news, generally it’s bad. You’ve all heard the term, “If it bleeds it leads”. Sadly, there are not many vernacular talk stations. There are a few, the biggest of which is #Ukhozi FM. #Ndlozi got that right. Ukhozi is the second largest radio station in the world and is treated as such. It is prioritised in all media buying and editorial work because of its enormous reach and its impactful messaging.

Once you’ve pushed your message to #Ukhozi, you are left with primarily English stations such as Primedia (702 and Cape Talk) and some of the independents remain talk heavy but also play music like Kaya FM and YFM. The rest, for the most part, are music stations that carry news breaks. For example 5FM, Umlobo Wenene and Ligwalagwala (all commercial and SABC stations). They have to be treated in isolation when you consider messaging and advertising. 5FM by example broadcasts nationally where Munghana Lonene does not.

Now let’s look at the life of a media buyer. These are the people who place adverts on radio. Their task today is to promote a new shop in William Nicol that sell Levis jeans. They don’t just simply say, “I have some chommies at #ThobelaFM so I’m chucking thousands of rands at that station’. Thobela’s broadcast is isolated to Polokwane and that is not the audience for a William Nicol Shop. That, Ndlozi, is bad media buying.

The audience, the demographic if you will, should be in Gauteng based, and not far out in Gauteng. Choosing to place adverts only on community stations like HotFM or MixFM will only draw a certain number of audience ears.  You see they are community stations and they have a smaller listenership when compared to 5FM and MetroFM. A smart media buyer would choose 5FM, MetroFM, perhaps a couple of music stations to complement their strategy like Highveld, YFM and Kaya and some community to spread the message. These would have to be stations that show aspirational purchase tendencies; we are dealing with Levis after all. Dropping your ads on #Phalaphala will not get people into the shop in Nicol Way. Fact. These are #FactsNdlozi.

This media strategy (if it was with a good agency) would spill over to editorial content. Here companies like Acumen will be monitoring for mention of the new Levis store in the media. We are required to listen to 24-hours of tape on any station, which is nigh impossible. We would need 300+ people to listen to all those radio stations and summarise what we heard about your jeans. So we work smart. We begin with talk heavy stations and then our clever tools pull out the repetitive music and jingles leaving us with just the small talk and news items on other commercial stations. We leave communities for last and here we repeat the removal of music process.

If we weren’t smart we would have a salary bill that the client couldn’t afford for stations that produce little editorial coverage. We have to prioritise crisis see? If a client is in a situation where they are headline news like Clicks and their ‘fine hair’ story. It will first break on a news station, and if we are busy dabbling in communities first, we will only hear the crisis long after it has broken. The key to handling crisis is speed. It’s that simple, #Ndlozi.

I think the #PeoplesBae should sit down with a strategist, even the EFF’s own strategist would work, because their narrative is handled exceptionally well and it’s not on community and vernacular stations half as much as it is on the big hitters. Not everything is about race and bias, sir. Stick to your politics and we’ll stick to our marketing ok?

My, my that was a rant, I apologise because it’s Friday, but stupid shots at my industry make me angry. No one understands how hard we work to make you look good.

Let’s focus on the primary news this week and the big and social media trendsetters, in case you missed it, it wasn’t on #ThobelaFM

The war waged on

The war waged on #ukraine continues. We keep hearing that no one is getting involved but everyone is sending arms to #ukraine. I once heard a phrase: “War is just a money-making machine and we are just collateral.” Imagine how much money is changing hands as refugees flee for their lives and civilians are killed. Arms are not the only money churner, oil and gas make the war seem even more terrifying. This week the US met with Saudi to beg for oil. I wonder how that went?

Here back at home. #DaliMpofu, well talk about a bad week, I think I may be cheering up. Another #EFF crony was in the firing line, literally, this week. #Mpofu was found guilty of breaching the ethics code when he told fellow counsel #LeRoux to #ShutUp at the #StateCaptureEnquiry. (A bit like I want to tell #Ndlozi). He is going to appeal of course.  I’ve never rated #Dali, he meanders and uses political rhetoric in a legal setting that has nought to do with politics and everything to do with grand theft.

#Comair and #BritishAirways were grounded indefinitely and prices for a one way flight to Durban rocketed to R3000 where they would normally be around R800. A little later in the week, “indefinitely” had an end date and both airlines are back in the air.  Maybe I should have listed to #Ikwekwezi to understand what on earth happened here?

In politics, mainly sourced from TV and mainstream online news (for those who care) #Ramaphosa is on the money hunt for looted funds; he also called #Zelensky and he extended the #StateOfDisaster. That was the story that got #Steenhuizen frothing in the #RamaphosaQ&A. John wanted to know why we were still in a state of disaster, we all know why. I can’t believe you asked such a stupid question. Once we drop the state of disaster, we have to pay back the money that was stolen. Duh!

Good news made its way to South Africa, Senzo’s alleged killers have been arrested. About time too! #TrevorNoah stood up for women’s rights in the face of the almighty Ye! He (Ye) didn’t like it and turned to racism to throw shots at a black man from South Africa. #StupidDoesAsStupidDoes

More political news found on high yield stations and media outlets, (not on #LesediFM). #ZwelinzimaVavi may be suspended. DA’s #MbaliNtuli resigned, she didn’t say it in so many words, but because of Zille. Bathabile Dlamini did such a bad job that there is talk of disbanding the #WomensLeague; can someone tell #TrevorNoah? My advice, tweet at him. Don’t go for #TygerburgerFM

In other news. Apparently, South Africa wants to prosecute Facebook for being hoofed from a WhatsApp Service.  We have more #WaterShortages than radio stations. #Charlotte Maxeka had a mass exodus of over 200 staff over no pay, no food and no care. Perhaps they should have announced that on #ClicksRadio.

I’m a grumpy Tonya Khoury, and you’ve just scratched the surface of the media (real media) over seven days. Follow us on YouTube, it will cheer you up.