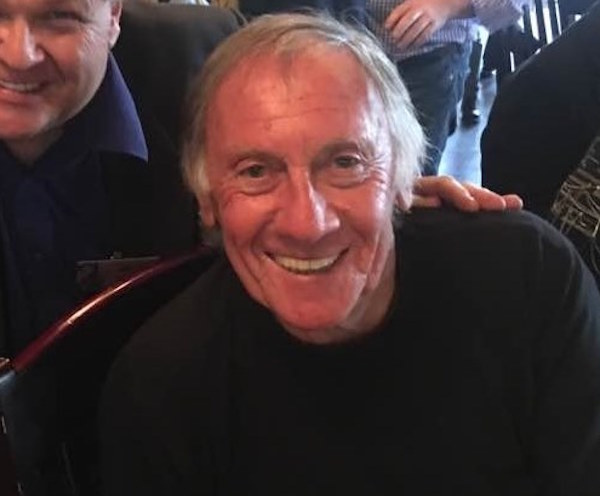 He was just a kid from Klerksdorp with a big dream. John Berks’ son Lance, announcing that his beloved father had died on Saturday at the age of 80, said the legendary DJ and talk radio pioneer was an extraordinarily unique, gifted and special man who was larger than life.

“He was just a kid with a big dream from Klerksdorp. He did not have a single materialistic bone in his body. My Dad was an interesting and fascinating man,” Lance wrote. “He loved and appreciated the most simple things in life. He adored and loved his partner, Manda, so much. He was gifted by G-D to be on the radio and to use his talent to entertain and bring happiness and laughter to so many. His deep and beautiful voice was uniquely suited for radio. He matched it with an imagination that allowed him to use his voice to paint the picture exactly as you would see it. He understood his audience and how to entertain them as few could.”

John Berks made his bones at LM Radio in the 1960s, leaving the station in 1970, and working for, among others, Swazi Music Radio, Springbok Radio, Capital Radio 604 Transkei and Radio 5. It was in October 1981 that he joined Radio 702 in what was to become his most significant career move, finally retiring  from 702 in the late ’90s.

CEO of Primedia, Jonathan Procter, said Berks was a “a key pillar in the growth and development of 702, Primedia, and the broadcasting industry as a whole. An iconic radio broadcaster and talk-show host, he helped to shape the evolution and character of radio in South Africa and has left an indelible mark, not only on 702 but on the broadcasting industry as a whole”. Procter said Berks was regarded by many as the pioneer of talk radio in South Africa.

“We have been touched by the outpouring of sympathy and messages we have received from 702 listeners, colleagues, past and present, and the public in general. Paying tribute to John Berks, on 702’s Soulful Sunday, Paul Mtirara, spoke of him as an “institution of radio. He has inspired countless radio hosts, not only at a Primedia but across the industry,” said station manager of 702, Mzo Jojwana.

Procter said, “John Berks once said ‘without radio, you have lost a friend’. He has left a lasting legacy in the broadcasting industry.“

It is a legacy honoured by a number of big names in the broadcasting arena. Gareth Cliff wrote: “Berksie, you really were the very best and heaven has a new voice to deploy through time and space. Your personality, sense of humour and unparalleled talent will forever loom large over broadcasting. That I had the great privilege of knowing you, spending time with you, listening to you and getting my first radio job because of you are gifts I will cherish forever. Keep telling stories for eternity, we’ll always be listening.”

Another former 5FM and talk radio colleague, Martin Bailie, said Berks was an absolute legend in South African broadcasting. “LJB was the trailblazer for so many of us and his influence can still be heard on air today in the current generation of jocks. Berksie was the master of mirth and mimicry and his listeners adored him for it,” Bailie said on Facebook.

” I loved to hear him on air making us laugh in one breath and in the next expressing the thoughts of everyman or woman in a pithy and succinct way that made the rest of us green with envy. But more than being the most wonderful broadcaster and entertainer he loved the medium as much as it loved him, he was quite simply a lovely man, a real mensch – fair winds my friend.”

Mzimkulu Patrick Kaka also posting on Facebook, reiterated Bailie’s feelings. “As monumental a broadcaster John Berks has been, the stories I have been most taken by about John Berks are of John Berks the man; his beloved children being the greatest testament to this.It’s such events that remind me what it’s all about,” he said. “He is what we call a legend amongst legends. A legend who’s greatness reached me through those he inspired. The inspiration behind those who inspired me. The hero of my heroes. I heard many a tale of how great he was over the airwaves, I have been fortunate to have heard archived moments of his genius.”

Darren Scott believes every single individual who makes a great living out of doing radio, owes more than a debt of gratitude to John Berks . “In the late ’70s and through the ’80s, the man shook up the industry single-handedly, dominating in whichever time slot he was, but also transformed the profession by becoming the pioneer of ‘personality radio’, which laid the foundation for so many others to follow,” Scott wrote in his tribute to Berks.

In an amusing anecdote, Scott recalls how hd had “somehow joked” his way into becoming an M-Net presenter in the late ’80s. “… after a few years, they had commissioned Kate Turkington to run some ‘presenting workshops’ for the presenters at the Tech campus in JHB. We were all told to bring someone with us to the training studios that Saturday morning, where we would be required to do an on-camera interview, which the other presenters, and Kate, would critically assess. While the other presenters all invited fellow actors or TV colleagues, I decided – radio being my no 1 passion – to invite John Berks. I had yet to meet the legend properly, and didn’t even know if he knew who the hell I was! Still, I got his number, and called him. To my amazement, John not only agreed to do the session without hesitation, but also took over all the arrangements for the day!

“His enthusiasm to not only help out, but also go the extra mile is something I’ll never forget. He did the session with me with the same passion and commitment that prevailed on his own radio shows. After that day, blown away as I was that would even do this for little old me, a permanent respect for this humble yet passionate giant of a man, was instilled in me for the rest of my life. … That is the John Berks I will always remember. There will only EVER be one Long John Berks! Radio thanks you for your passion and inspiration to SO many! And I thank you for your Saturday morning. May your kind soul Rest in Peace!”

On a personal note, as a young journalist working for the ‘women’s page’ (yes, newspapers had ‘women’s pages’ back then) on The Citizen, I was proud of a feature I’d written on vegetarianism. As a newly-minted vegetarian, I was pretty passionate about the subject. And to my utter joy, Berks mentioned my piece on air, praising me for the research and thinking I’d put into that piece. I’ve never forgotten that call out. I felt it was the start of my professional standing. RIP LJB.

John Berks funeral will be held at West Park Cemetery, Jewish Section, on Tuesday, 7 June 2022 at 11:00am SAST.