American radio trends and the challenge ahead for radio Innovators 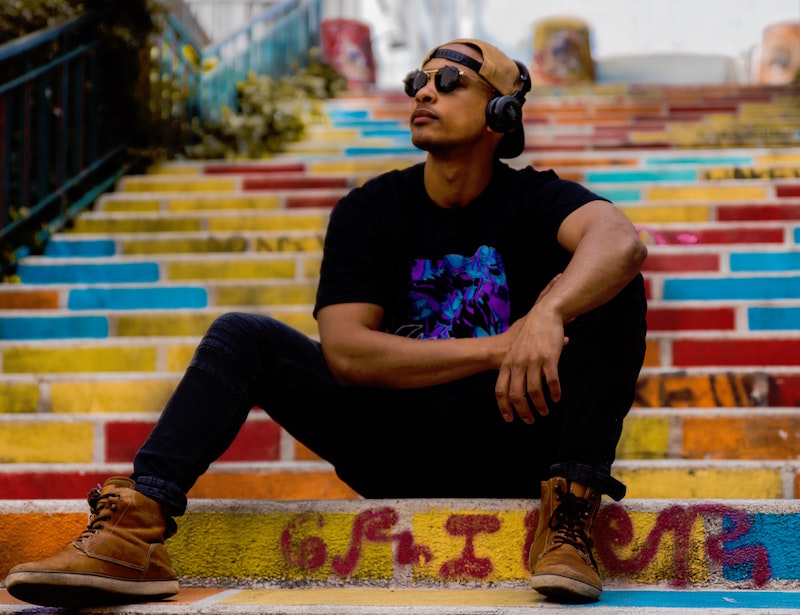 Larry Rosin, President of Edison Research, discusses the lessons radio operators can learn from the American radio market. Rosin will be in South Africa next week (12-14July) for a masterclass on why audio strategy is imperative for your brand. More details here.

As radio operators around the world consider their futures and the innovations needed to get there, they can use the example of American radio to prepare.

While radio consultants and executives once came to America to discover the latest ideas and trends, we Americans know that they have largely stopped, looking elsewhere for inspiration.  But if you cannot look to America for format ideas, clever promotions, or talent approaches, you can look to America as a warning signal.

American radio listening is rapidly being replaced by alternative sources, and the remaining audiences are concerningly old.

Edison Research has been publishing our unique Share of Ear® survey since 2014.  With so many years to look at and such a dynamic market, the time series data acts as a real document of change. Share of Ear measures all audio – radio, streaming, podcasts, music videos on YouTube, audiobooks, owned music, essentially anything people spend time listening to.

The graph below shows the share of all audio time that goes to radio:

As you can easily see, year by year radio’s share has declined. On average, the compound loss is about 5%.

But these losses are not being seen equally across the board. Keeping note of the 38% overall share for radio, look below at the share by age group:

As of our most recent public report, among those over 55 years of age, still fully half of their audio time goes to radio. Meanwhile, among 13-34s, that share has fallen to less than 20%. And their rate of decline is much higher than the rate of decline in the older age groups.

As a result of these changes, the delivery of radio in America is increasingly old. Today, nearly half of all radio listening time is coming from those ages 55 and older. This explains the market-leading ratings from so many “Classic Hits” and “Classic Rock” stations, the ascendance of the NPR-driven public radio sphere, and the improved lot of many Mainstream AC stations.

At the same time, another true megatrend has gripped audio consumption in the United States – the willingness of so many Americans to purchase their way out of hearing advertising. This phenomenon is of course being mirrored on the video side, as Netflix, Disney+, and HBO Max, among others, have shown how many people will subscribe.  We estimate that just under one-half of all Americans now subscribe to a paid service that eliminates ads – from Spotify Premium to Apple Music and the satellite radio service SiriusXM.

There are a couple of things to consider here. First, while there is no way to actually show the causal link, the increases in commercial loads on many American radio stations almost have to have been a factor in driving people to these paid services.  While many in America like to stress that listening to the radio is ‘free’, and, of course, it is, it isn’t really. One is paying with one’s time and attention to the commercials. And, at some point, for plenty of people, the ‘cost’ of listening to 18 minutes of commercials per hour – often really bad commercials (from a quality standpoint) and sometimes for unsavory products – may well be worth paying $6 or even $10 or $15 for their elimination and is actually a ‘bargain’.

Second, while there are certain strata of American life for whom the prices above are a luxury, for the overwhelming majority ten bucks each month is a triviality. Yes, radio is free, but it is just not the case that “nothing can compete with free”. For many Americans, and likely many people in most of the countries represented by the readers of this publication, the value proposition between “free with many commercials” and “no commercials but a few dollars per month” biases to the latter.

And we see the impact in Share of Ear. When we started tracking this data in 2015, 71% of all audio consumption was ad-supported. Today, that number has dropped to 60%. More than half of listening among those 13-34 years old is now ad-free. If you are a ‘radio innovator’, please consider a strategy that gives people the radio they want but allows them to purchase an ‘ad-free’ option from you.  Not from Spotify, not from Apple, from you.

American radio’s challenges don’t have to be your problems in other countries. There are structural aspects of the American radio market and system that are unique. While we have great work from our public radio sector, we don’t have a state broadcaster to help foster the medium, as many other countries do. Our biggest operators are public companies with substantial amounts of debt. The demands of shareholders combined with debt payments hinder long-term thinking and investment, and createhuge rewards for cost-cutting. Thus, very little is spent on what many think would stem the tide, talent development, promotion, marketing, or research. With almost no one live on the air anymore doing evening, overnight, or weekend shifts, the pipeline for new talent has been almost entirely eliminated.

At the same time, America’s radio companies are doing really the only things they can do, diversifying beyond AM/FM by expanding into podcasting, becoming resellers of Google and Facebook for their trusted local clients, and developing streaming apps.

But the single biggest reason American radio is losing young listening comes from the opposite of the proverb: “You don’t reap what you don’t sow.” American radio has largely stopped even trying to build the ‘top of the funnel’ and attract new young people to the medium. In almost every city in America, there are no shows expressly for teenagers or young adults, no outreach to high schools or colleges, and, at best, minimal and desultory social media campaigns. Most broadcasters and radio advocacy groups around the world still concern themselves with cultivating audiences from a young age. If you take nothing else from the American radio story, make cultivating new, young radio listeners your key effort in the remainder of 2022 and beyond.

Larry Rosin is President of Edison Research, which he co-founded in 1994. Since then, he has been a primary force in building the company into one of the world’s most respected survey research companies, with a particular specialisation in media and election polling. Edison is best known as the company that performs Exit Polls for all U.S. Elections for the National Election Pool. In addition, Edison is well known for its groundbreaking media research series, ‘The Infinite Dial’, which tracks developments in digital media, and ‘Share of Ear’, which measures all audio usage in the U.S., among many other things. Rosin is a graduate of Princeton University where he majored in Public and International Affairs, and he received an MBA from the Wharton School of Business at the University of Pennsylvania.