LATEST NEWS
Home Broadcasting Radio The transmitter mindset: and why we need to get out of it

The transmitter mindset: and why we need to get out of it 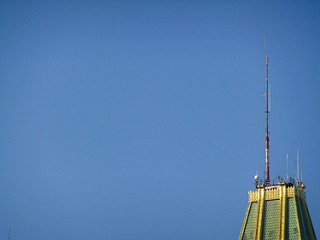 The BBC website was brought down – apparently by political protesters – on New Year’s Eve.

The BBC is one of the UK’s most-visited websites – apparently, the seventh most popular website visited. But everything fell over – the front page, the news website, the iPlayer (the part of the site that contains live feeds for TV and radio), and the BBC’s mobile apps: all fell over for a few hours. If you wanted to listen to the radio online, you couldn’t – at least, you couldn’t through the BBC’s own apps or websites. (Radioplayer and TuneIn functioned as normal, I understand).

The Australian ABC website – the third most-popular in the country – did similar not so long ago – falling over for over six hours. A “locked server” was apparently at fault there. And many other websites and services have their off-days. WhatsApp apparently collapsed under New Year’s Eve traffic as well, and when Facebook isn’t available it’s headline news sometimes.

It’s at this point that many people pop up and talk about the resilience of radio at times of emergency. “Radio is there,” they say, “when other things aren’t. We’re an emergency service,” they say. And that’s fine. But it isn’t, quite, true. And it’s a bit dangerous to claim radio’s somehow super-special in this way.

Yes, cellphone networks can get overloaded, and I bet you’ve suffered that. But have you noticed it’s much less often these days? 4G networks are much less likely to be overloaded than the older GPRS or 3G connections, because of the way they’re built. HLS streaming also significantly combats the issues we have with live radio and mobile phones. We don’t really have our transmitters as a unique selling point. And they’re actually just as vulnerable as other platforms from fire or theft – for many stations, a single point of failure.

The transmitter isn’t the thing that makes us different: our content is.

I talk a lot about the changes in the way people are consuming radio. There are many changes: people use online, or digital broadcasting, or even the television to consume their radio. Yet we still have a transmitter mindset. We think our transmitter is the most important thing: and that feeds what we do as radio businesses. And that’s increasingly the wrong thing to do.

Some services in the UK are available online in mono, for no other reason that the signal on AM is mono so nobody’s thought of providing a stereo feed for online.

We call stations after frequencies that fewer of our audience are actually using to tune in, and names that are guaranteed to become less relevant as time continues.

We put “live” first, even though radio content is increasingly consumed on-demand. We seem to be content with broadcasting great content and then just throwing it away – letting great presenter breaks be used once and then never using them again. In many cases, never even keeping them.

And we relax on our laurels, safe in the knowledge that the transmitter is resilient in case of emergency. Increasingly, it’s not the way listeners tune into us; and increasingly, not the most important thing about our business.

While our transmitter might still be going after a flood, a bushfire or a big news incident, our content is still networked playout from hundreds of miles away or a voicetracked show from four days ago. The fact that we’re still there is of scant benefit when we’re broadcasting stuff that isn’t relevant.

The biggest change that radio can make for itself in 2016 is to move away from a transmitter mindset and into a business more focused on audiences and content.