Who cares if it’s true? A journalist’s need for speed 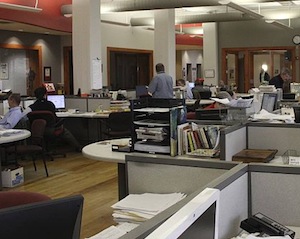 It seems journalists have developed a double standard in the way they treat social media, relying on it for sources and stories even as they fail to check their own work. The result? A jaded and increasingly sceptical audience.

Reputable newspaper The Star recently ran a full story based on a series of tweets by @justkhuti about her best friend Kamogelo Peterson who had allegedly been hijacked, brutally raped, physically assaulted and killed. @Justkhuti painted a grim picture of a successful woman whose life as an actuary and pro tennis player had been cut short. The story was so moving that the country collectively mourned and raged against another senseless and violent sexual assault and murder.

However, shortly after, a number of Twitter users began pointing out inconsistencies in the story, which led to a conclusion that @JustKhuti had created Kamogelo and the grisly tale.

Now, upon this revelation, The Star’s editor Kevin Ritchie revealed to News24 that this fake story highlighted important issues about “Journalism 101”.

“It slipped through on deadline last night, and we did not do the most basic check of all, which was calling the police [to confirm the information],” he said.

“We are red-faced and not happy with this at all. We are doing whatever we can to learn from this because this is not the journalism we pride ourselves on practicing… it is a huge lesson for us and the industry.”

The incident above is one of many which prove that pressure to break news is a predictable culprit behind sloppy social media practices. Traditional media, particularly newspapers, are dying because the business model – built around circulation and advertising – is well and truly bust. News organisations are desperately scrambling online, and in an effort to stay relevant, are trying to compete in the social media sphere.

This isn’t a rant against the evils of social media and to suggest that news organisations should not be competing in the social media arena is ridiculous.

Neither is it an attack on digital journalism – online has the capacity to produce better journalism than the paper version ever could. Nor is it an attack on Twitter. Twitter is probably the most powerful tool journalists in the digital era have at their disposal. It has probably had more of a democratising effect than any other media in history. As a tool to disseminate and share, it has no equal.

It is the fundamental values, not the medium that I’m referring to.

Digital transformation in the newsroom

With all of these significant changes in how news gets reported, what garners attention as newsworthy, how audiences participate with reporters and how this participation shapes the image of modern media, one must ask if the news is better or worse off for the emergence of social media.

It is obvious that journalists will have to continue to adapt to this changing landscape as social media becomes more prevalent. More importantly, it appears that the market for journalism no longer necessitates primary discovery of facts – this task has been given to amateur viewers who will provide the information for free through various social networking means.

The task of the reporter in the age of social media will be to guide, to provide synthesis where there is only doubt and to shed light on the truth, not just “the facts.” It will also be the task of reporters to ensure that audiences are given fair treatment of what needs to be seen, not just what audiences indicate they wish to see via interactive media platforms.

The danger with customised media through reader-reporter interaction is that the news will lose its primary purpose: to inform of the truth. If audiences are given too much sway over the angles and story ideas of future reports, the reports will begin to only resemble the prevailing modes of thought within the audience. It has always been the job of the reporter to challenge the status quo and to facilitate transparency as the best disinfectant.

With the emergence of social media, our society waits to see if journalists are up to the task of reinventing themselves in order to face the hurdles inherent in the use of new media systems. Audience participation is here to stay, and this dynamic will obviously influence reporters to produce content tailored toward the engaged audience. This is our dilemma: what we want to hear may not always be what we need to hear. It will be the job of internet generation reporters to help us tell the difference.

TRUST: The cornerstone of journalism

There’s a reason I like to listen to certain radio stations. There’s a reason I read the many newspapers I pick up on a weekly basis. I trust what they tell me to be true. A team of trained professionals has taken the time to source, to fact check, to edit and to attempt to be fair and balanced. Sure it’s campaigning from time to time. It’s agenda-setting, absolutely. Columnists take a view, of course they do. Not everything gets reported and some of the reporting gets it wrong some of the time. But by and large I trust it – and therein lies the potential to keep journalism alive. 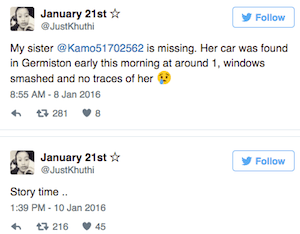