LATEST NEWS
Home Digital Does the saucy tweet tell us anything about Fikile Mbalula?

Does the saucy tweet tell us anything about Fikile Mbalula? 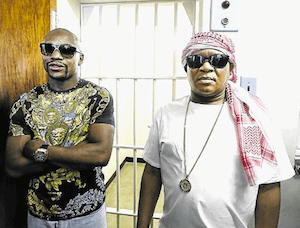 OPINION: Do you remember the most famous line by Commodus played by Joaquin Phoenix in the movie Gladiator? ‘What we do in life echoes in eternity.’

People tend to judge and remember us by what we do and what we have done in life, than what we say or wish.

How you have acted in the past, is likely to influence how people will judge you today and into the future.

Based on his past performance, we were always likely to expect the late Nelson Mandela to respond to any situations with magnanimity and in a conciliatory manner. The opposite is true for Donald Trump.

Former tennis star John McEnroe would have shocked everyone who knew him, if there was a dubious line call that he did not challenge, and do so rather violently.

These thoughts came to mind last week when twitter went abuzz about a tweet that appeared on the timeline of Sports Minister Fikile Mbalula.

In case you missed it, a picture of a lingerie-clad woman in a rather compromising position was spotted on Mbalula’s Twitter page, before it was hastily removed.

The effervescent politician soon came out and claimed that his account was hacked and he had nothing to do with that picture. I have no reason not to believe him.

But other people dismissed the hacking claim as a lame excuse, even though like me, they could not prove at all whether or not Mbalula was telling the truth. Their judgement was based on their perception of him.

There is a considerable amount of South African’s that suspect (and believe) that the controversial tweet befits the image or perception of Mbalula they “know”. But we will never know the truth.

What is important to know however is that our reputations are formed by what we do (or do not do) every day. On the basis of our past, those around us are likely to make a judgement about our present.

What would Jesus have done? What would Biko have said? What would Prophet Muhammad do? These questions speak to character and reputation.

A major part of judgement is based on history. In a court of law, they call it character. A good lawyer always wants to introduce evidence to show that the person on the witness stand has a past, which forms their character, which forms their reputation.

What would Jesus have done? What would Biko have said? What would Prophet Muhammad do? These questions speak to character and reputation.

We do not know for sure what a person who died ages ago would do today, but it is common to predict their reaction based on how they reacted to similar situations in the past.

So whatever the truth about the controversial tweet that appeared and later disappeared from Mbalula’s timeline, our judgements are based on what we believe befits the character of the man.

If you believe he is a type of man to keep such material in his person and is given to careless speech or posts, you are likely to believe he is lying about the hacking and that at best, he posted the picture erroneously.

If you however believe that he is not given to such behaviour and that because of his office and his stature, he is most likely to be victimised by those that want to demean him, then surely that tweet was the work of his detractors.

Whatever we all believe about that tweet, one thing is clear as Commodus noted: What we do in life echoes in eternity.

Or, as Mark Anthony said at the burial of Julius Caesar: “The evil that men do lives after them. The good is oft interred with their body.”