LATEST NEWS
Home Agencies How damaging is an Adidas decision to pull its athletics sponsorship?

How damaging is an Adidas decision to pull its athletics sponsorship? 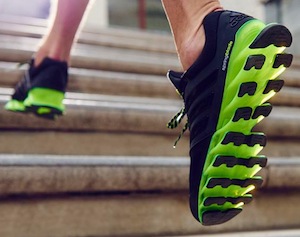 Adidas has reportedly decided to terminate its sponsorship deal with the IAAF, the governing body of world athletics, amid negative publicity around allegations of doping and corruption. The 11-year deal was set to end in 2019, and according to the BBC, Adidas paid US$33m for the right to be associated with sports ranging from the marathon to the long-jump – a deal worth as much as US$8m a year in terms of cash and products.

Neither Adidas nor the IAAF have directly confirmed or denied the reports. The German sportswear giant said it had a clear anti-doping policy was therefore “in close contact with IAAF to learn more about the reform process”. The IAAF, meanwhile, has said it is in close contact with all of its sponsors.

The apparent withdrawal comes at a time when the IAAF is on its knees after the World Anti-Doping Agency reported that corruption was endemic within world atheltics’ governing body. Sebastian Coe, IAAF’s president since 2015, has robustly defended athletics and the organisation amid a swirling tide of claims, allegations and rumours. Adidas pulling out would be a major blow both to him and to the sport over which he presides.

However, Adidas’ reported decision is something of a surprise. The sports brand remained loyal to FIFA during an ongoing corruption probe into football’s governing body. The longstanding nature of Adidas’ relationship with FIFA may be one reason for such loyalty, unlike its relatively recent links with the IAAF, which may explain why it is said to be jumping ship.

At the same time, the IAAF’s problems run much deeper than those of FIFA, with incidents on the track and off it having become increasingly apparent. Many sponsors have previously shown a reluctance to terminate deals in light of athletics’ problems, so one possible scenario is that Adidas is keen to shield itself from any further damaging revelations.

Nor should one forget the “Coe factor” in all of this. Coe brought a 38-year relationship with Nike to his role as IAAF president, an association that attracted widespread criticism. Some felt that his role as a brand ambassador (for which he was paid £100,000 a year) would compromise his presidency, and create a potential conflict of interest. He ultimately terminated the deal, stating that he had only ended his association with Nike because of a perceived conflict of interest rather than a proven one.

While this debate unfolded, Nike’s name sat centre-stage of the controversy. Adidas bosses surely can’t have been pleased about this, especially as their sponsorship was already becoming embroiled in the emerging doping scandal.

Even so, early termination of a sponsorship deal is a massive strategic call for any business, especially at this level of sport. This suggests that company chiefs are clear in their minds that there is a business case for withdrawal: probably to mitigate some of the reputational damage the company has already suffered, almost certainly to stop consumers associating the Adidas name with doping and corruption allegations.

A decision by Adidas to terminate its deal would be no apocalypse for the IAAF. Former president Lamine Diack previously sold the control of the IAAF’s sponsorship rights to a Japanese company, Dentsu. It is Dentsu that sold the rights to Adidas and it will take any financial hit that an Adidas sponsorship termination brings. That said, athletics is damaged goods and early termination will tilt the balance of power in sponsorship negotiations away from the sport and towards prospective sponsors.

Don’t bet on there being a mass outbreak of morality though. With a high-profile sponsorship property such as world athletics now up for grabs, it is likely that several of the world’s leading sports apparel brands will be taking a close look at filling the gap.

As the case of Puma and the South African Football Association proved a couple of years ago, just because one company takes the moral high ground doesn’t mean its rivals will too. Puma ended its sponsorship over fixing claims only for Nike to replace it. Similarly, it is inevitable that the likes of Nike will be monitoring the current situation very carefully.

Whoever the new sponsors ultimately may prove to be, the revelations could well be era defining. For years, many critics have been calling on sponsors to take direct action against sports and any governing bodies deemed to have been corrupt, immoral or even just badly run. Viewed in these terms, Adidas’ decision may be a tipping-point, where the morals of the marketplace begin to dominate corporate decision making. After all, why would any company hang around a sport so tarnished that it might, in the eyes of consumers, become tarnished in the same way?

Adidas may become the first of many sponsors to reflect the wishes of their customers by terminating unpalatable sponsorship deals. And, with the Olympic Games a matter of months away, the pressure is on for them to be a clean games – and for the IAAF to get its affairs in order.