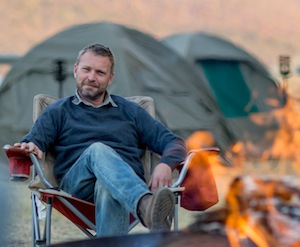 It is ‘game on’ for one of South Africa’s top reality outdoor cooking shows, Ultimate Braai Master, which has been picked up by the Travel Channel and will soon be seen by a global audience of around 100 million people.

The brainchild of Cooked in Africa’s Justin Bonello, the Travel Channel has not only bought season four, due on air on the Travel Channel at the end of March, but has taken the previous three series too. “I see an omnibus…” said Bonello at the announcement of the Travel Channel deal at the Backyard Grill (where else?) in Cape Town on Tuesday. [Season 5 is in production.]

“I’m amped, man,” said the host of the show and head of production at Cooked in Africa. “It’s the toughest outdoor cooking competition in South Africa and it’s game on!”

The format sees 13 teams of two people each travel over 7 0ookm through South Africa over the period of 60 days to win the R500 000 cash prize, a new Suzuki 4×4 and the chance to compete in the World Food Championships. Last year’s winning team, Weskus Annas, will be representing South Africa in the barbecue category this year. 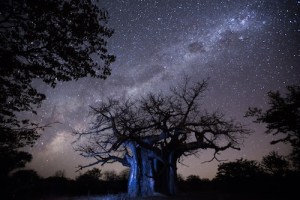 Bonello confirmed the show’s name won’t change just because braais are called barbecues abroad. He said the subject was discussed but the feeling was, even among the international TV executives, that South Africans are known to ‘braai’ and that global audiences would understand. Of course, the shows will be translated. “I’m looking forward to hearing myself talk in German and Mandarin,” Bonello laughed.

Cooked in Africa’s model is a blend of branded entertainment but not so that the smooth flow of the TV show is interrupted. “We rely on sponsors,” Bonello said. “We struggle with local broadcasters. Budgets are so restricted and the production suffers.”

So when Coca-Cola, which has just announced its new global marketing strategy, the One Brand Campaign, dropped its sponsorship, it was a big blow for the series.

Bonello said South Africa is “blessed” with excellent film crews who can produce content on a par with any country in the world. “We shouldn’t have to watch drivel in South Africa,” he said. “We will die before we put shit content out there.” 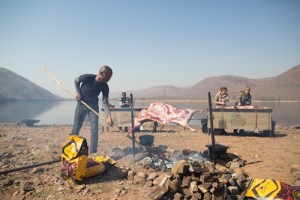 Ultimate Braai Master isn’t a cheap show to produce. Moving a crew and contestants around South Africa’s expanse, the cost of fuel and accommodation, and of course the food itself. It adds up to a hefty bottom line.

So the crew doesn’t have time to mess around. It’s three days at each location, and then the convoy hits the road again. “Weather? Come rain or shine we braai!” said Bonello. “The same as if you’re at home. You don’t stop braaing just for a bit of rain.” Or hail or snow either. Bonello’s crew and teams have had to deal with both!