Why advertisers use pictures to sell pharmaceuticals – and shouldn’t 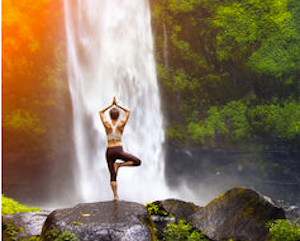 On a winter’s night in 1993 I was crouched in the back of an ambulance as it hurtled through the hedgerows and lanes of West Dorset. But I was oblivious to Thomas Hardy’s snowy fields.

I was a doctor and my charge was a teenage girl, unconscious and bleeding. We were speeding to London’s King’s College Hospital where the liver transplant unit was on standby.

She didn’t have hepatitis or some rare syndrome. Her problem was altogether different and the cause of 40% of all cases of sudden and severe liver failure. She had overdosed on the humble painkiller paracetamol.

My patient intended self-harm. But it’s a reminder that all pharmaceuticals carry risk, and why people who advertise them are made to rein in their notorious penchant for spruiking the positive.

Under Australia’s Therapeutic Goods Advertising Code, ads for over-the-counter medicines must not say a drug is always effective, has no side effects, or guarantees cure.

The visuals dominate most ads, but make no statement or claim about the drug and so don’t explicitly “say” anything. Yet colleague Patrick Vargas and I recently discovered that what drugs ads don’t say may contain the most powerful message of all.

We had people listen to 15 statements about the flu and a fictional flu drug called Fluvent. We told them Fluvent works better than other drugs but can cause nausea, headache, diarrhoea and rash.

To convince them Fluvent was real we dressed it up in a snazzy box with a blue and yellow rising sun logo. Participants saw a small picture of the Fluvent box superimposed over a bigger background picture, which changed as each statement was read out.

Then we made it interesting. One-third of participants saw the Fluvent box over nice background pictures such as women bathing under a waterfall and a pancake dripping with syrup.

Another third saw the Fluvent box with humdrum pictures including a glass mug and some rubber bands.

The last third did it tough. They saw Fluvent backed with gut-churning images of seals bludgeoned to death on an ice floe and doctors rushing a bloodied disaster victim from danger.

Visuals can make you feel warm and fuzzy. Stolyevych Yuliya/Shutterstock

Then we got them to rate Fluvent. What we found left us in little doubt about the persuasive power of pictures.

People who saw happy pictures not only felt better about Fluvent, but believed it to be safer and more effective than those who saw the gruesome pictures. They were also more likely to ask their doctor for Fluvent if they got sick. This was despite each group getting exactly the same information.

Social psychologists won’t be surprised. It’s called evaluative conditioning, a variant of Pavlov’s classical conditioning. Pavlov rang a bell when he gave dogs meat powder and eventually he just had to ring the bell to get them to drool. It turns out you can do a similar thing with feelings.

Pair something for which you have no special feelings, like a new flu drug, with something that makes you feel great, like a delectable pancake, and eventually your positive feelings for the flapjack rub off onto the drug. Research on this has been done with toothpaste, beer and many other commercial products.

But, to our knowledge, it’s never been done with pharmaceuticals before. And there are several reasons why regulators should take our findings seriously.

First, regulation focuses on the overt statements and claims ads make about a drug’s benefits and risks. But ads are full of imagery, which is mostly unregulated. Our study shows those visuals don’t just make you feel warm and fuzzy. They shift your beliefs.

Second, drug beliefs born of sparkling waterfalls and plump pancakes can have only an accidental relationship with what the drug actually does. And so drug ads, often chock-a-block with scenes of sunlight and gaiety, will foster unjustified beliefs.

Third, the stakes go up dramatically in the United States and New Zealand where direct-to-consumer advertising of the more dangerous prescription medicines is allowed. In the US, the average citizen sees 15 hours of prescription drug ads each year and 95% of them contain positive emotional appeals.

Finally, Australian doctors are exposed to prescription drug ads in medical journals that use similar techniques. While medicos will be less prone to conditioning effects, they are unlikely to be immune.

We live in an era of unprecedented emphasis on accurate health communication to help consumers make autonomous choices in their best interests. Yet unregulated advertising content may promote unrealistic beliefs about drugs.

If we are serious about protecting the public, regulation must target the visual content of ads to ensure it does not foster unwarranted expectations of drug safety and effectiveness.

And the girl in the ambulance? I ran into her a few months later in a venerable old Wessex pub Hardy may well have frequented. Perhaps not the best place for someone who has just sidestepped a liver transplant but, all power to Old Blighty’s NHS, she seemed OK.