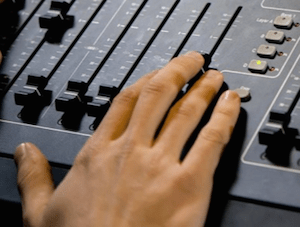 The Broadcast Research Council of South Africa is up and running, and ready to finalise the questions for the Establishment Survey, going to field in July.

This will happen under the guidance of its newly appointed permanent CEO, Clare O’Neil.

O’Neil, who acted as interim CEO while the BRC was being set up in 2015, now has a strong team and formidable board behind her, to ensure the new radio and television currency research, the BRC RAMS and BRC TAMS, proceeds smoothly.

Current chairperson, Peter Mckenzie, has handed the reins over to newly elected and well-respected television executive and media research expert, Tshifhiwa Mulaudzi. The deputy chairperson position has gone to veteran radio executive, Nick Grubb. In addition, media strategist, Setshwano Setshogo, has been appointed research director, and Priscilla Chinnappa as executive administrator and finance manager, while Tshego Kgame is office manager and P.A. to the CEO.

“The BRC Board is confident that the Joint Industry Committee (JIC) for Radio and Television Research is in safe hands with Clare O’Neil at the helm, with a strong team around her. Clare is meticulous and quite obsessive about getting things done,” Mulaudzi says.

O’Neil, who believes this is an exciting time for media research in South Africa, says the prime focus right now is for service provider, TNS, to gear up to take its countrywide field force to go into field on 1 July. “The ES questionnaire will be finalised on 18 May 2016 after numerous workshops, inputs and consultations with all the industry stakeholders involved in the Establishment Survey project,” she says. The ES is funded partially by the BRC (68%) and partially by the PRC (32%), working with the AMF (as an interested party).

The BRC – which commissions, manages, oversees, and funds radio and television currency research to cater to the needs of South Africa’s broadcasting, media and marketing industries – is also responsible for the collection of contributions from media owners via a levy system and the management of these funds.

O’Neil says working with TNS, the focus has been on the BRC RAMS due for release in August. “BRC RAMS is a totally new radio research currency, which has no bearing on the SAARF RAMS currency. The sampling frame methodology is different, the sample size is bigger (which should result in a 9% improvement in precision) and BRC RAMS will also collect data on location of listening as well as the device used for each listening occasion. We will only know what this new dataset will look like once we see the results in August; however, I believe we will be producing a robust, consistent dataset,” she says.

O’Neil says listenership and viewership is now multi-platform and multi-device, a major trend in the broadcast sector, but this is catered for. “The TAMS dataset already contains information on use of non-broadcast devices – as the current meters can pick up activity on the television set that is not broadcast. For example, DVDs, games, and PC use through a smart television set are all non-broadcast. Netflix and ShowMax sits in the non-broadcast category,” she says, responding to a question on how streaming TV will impact on audiences.

O’Neil, a former member of the SABC board, is a keen television viewer. What is she watching right now? “CNN’s coverage of the 2016 race to the White House. House of Cards, The Good Wife, Billions and Last Tango in Halifax.”

That’s enough to keep one awake until all hours! 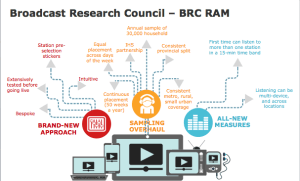