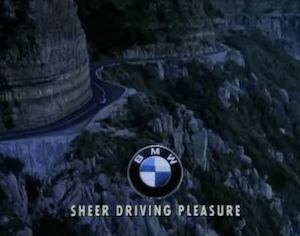 OPINION: Has political correctness, fear of regulation and clients with ‘no balls’ ruined South Africa’s advertising? Chris Moerdyk thinks so.

There was a time when South Africa, relative to its size in global advertising terms, won far more awards than just about any other country on earth.

And the inspiration that spurred those creative minds to keep coming up with great ideas came from pretty much the entire population of the country.

Now, political correctness, pandering to a tiny minority of Mother Grundies and an advertising regulatory body that encourages complaints, have ruined things to the point that creatives are stifled by the presence of lawyers looking over their shoulders and clients with absolutely no balls whatsoever.

When a good one aired, they loved it so much they put issues such as politics, crime and unemployment aside at dinner parties, in the pubs and shebeens to share a laugh not to mention deep and profound discussions on the latest ad that had taken their fancy.

In those days you just needed to ask radio talk show hosts and they would tell you that when they were faced with dead air due to no-one calling in to a show, they just had to invite listeners to phone in with their favourite TV commercials and the switchboard lit up like a Christmas tree.

Seventeen years ago the SABC ran a 13-part series featuring the world’s greatest TV and cinema commercials. Within weeks the show was the most watched in prime time – even pushing a news bulletin into second place for the first time in TV history and relegating Pamela Anderson and the popular Baywatch show to an also-ran third place.

Some time ago, on a radio programme, I tested South Africa’s national memory by playing the jingles from some Springbok Radio ads from the 1950s. Callers got the whole lot right instantly. For example, remember this one, “You’ll wonder where the dullness went when you brush your teeth with…” Of course, Pepsodent! And yes, lest I get hung drawn and quartered by all those British immigrants to South Africa with a penchant for advertising accuracy, the UK version did indeed use “yellow” instead of “dullness”.

But the iconic age of advertising in South Africa was undoubtedly the 1980s. So much so, in fact, that when a panel of advertising industry creatives chose their favourite ads of all time some years ago, there wasn’t a single ad on their list that was produced in the past decade and a half.

The most memorable of South Africa’s iconic ads surely had to have been those irreverent Nando’s commercials such as the ad featuring the guide dog being distracted by the smell of Nando’s chicken and walking a little old blind lady into a lamp post. And my favourite called ‘The Tail Gunner’ featuring an elderly couple in a restaurant talking to an extremely camp gay couple. “My son says you’re a tail gunner,” the old gent said to one of them and then naively added, “I was in the air force too you know.”

But, getting to South Africa’s most loved TV commercial, in spite of many people in the marketing industry believing that black and white viewers and consumers have differing likes and dislikes when it comes to advertising, this is certainly not true at all. Still to this day one of the most loved commercials of all time by all race groups in South Africa is an ad from Cardies. It’s about a very rural Afrikaans woman who petulantly shrugs off a geriatric Lothario who presents her with gifts such as pumpkins and piglets but finally relents when he drops off a Cardies greeting card.

Then there was the most fascinating of all advertising campaign ever produced in this country. Mercedes Benz produced an outstanding award-winning commercial based on a true story of a Cape Town man who fell asleep at the wheel of his Merc and went crashing through a low parapet on Chapman’s Peak Drive, somersaulting and rolling down an almost vertical 250 metre cliff face. He survived thanks to Mercedes Benz’ safety technology.

This commercial grabbed the attention of South Africa and was so successful that other brands tried to muscle in on the act. BMW produced an extremely cheeky commercial featuring one of their cars on exactly the same stretch of Chapman’s Peak and also shown to be going into a skid. But instead of crashing down the cliff the next scene showed the BMW carrying on along the road with a voiceover talking about BMW ‘beating the bends’ but which TV viewers heard as “beating the Benz”.

Of course, the country’s advertising regulator, The Advertising Standards Authority, was furious because in those days when the ASA was primarily there to protect members from each other, it was simply not done to make light of a competitor’s advertising, let alone be so cavalier with their precious intellectual capital.

But, according to the ASA rules, the watchdog body was not allowed to take any action unless someone complained. And the Mercedes Benz masterstroke was that it kept completely quiet. Which meant that the media frenzy that followed just garnered more and more publicity for both Mercedes and BMW. But mostly for Mercedes, because the company realised that there was no greater compliment than imitation.

However, the ASA simply could not stand by and see BMW get away with what it regarded as a blatant breach of the rules. So they took the unprecedented step of banning the BMW advertisement without having received a complaint. BMW hit back and sued the ASA. Meanwhile the publicity frenzy continued unabated with Mercedes smiling all the way to the brownie points bank. Eventually reason prevailed and the ASA vs BMW litigation was resolved on the steps of the Supreme Court. BMW agreed to withdraw the ad voluntarily – not a difficult thing to do because their media schedule had come to an end anyway – and the ASA agreed to allow the ad to be flighted on television one more time.

Another iconic ad of the 1980s was all about IBM disinvesting from the country but leaving behind a local IBM clone called ISM. This was the basis of ‘ISM Elephants’, a TV commercial featuring a big brother (IBM) elephant with his trunk over the shoulders of his baby sibling (ISM) and walking through the desert sand dunes to the tune of ‘He ain’t heavy, he’s my brother’. Ironically, though, while this ad was immensely popular very few people could remember what it was about or who it was promoting.

Another ad that introduced an expression that is still widely used today was Cremora’s ‘It’s not Inside, it’s on… top!’ TV commercial. Once again a wonderful example of excellent acting and production values. Sadly, when Cremora appointed a new ad agency a few years after this ad was launched, the new brooms decided that they couldn’t possibly continue flighting a commercial their competitors had made and persuaded Cremora to dump it. Years later Cremora tried to reintroduce the ad – this time using another actor who just got it completely wrong and after a few flightings, that ad was unceremoniously kicked into touch.

There are many things that made good advertising great. The first is the entertainment factor. All of South Africa’s truly great and memorable TV commercials are entertaining. And so they should be, given that TV is essentially a medium of entertainment. And secondly, they spark some or other emotion. Reach for a Dream’s ‘Sam’ about the true story of a young schoolboy who had cancer and subsequently lost all his hair as a result of chemotherapy is such a commericial. The ad showed his first day back at school, where he found all his classmates with their heads shorn in sympathy. Even the toughest of TV viewers could not hold back tears after watching this iconic ad.

And so it was with Castrol’s ‘Boet and Swaer’ series of commercials that brought another kind of emotion, laughter, to millions of South African lounges.

One could go on and on listing South Africa’s iconic ads – enough to fill this entire website.

But, that won’t be necessary because if you have lived in this country for longer than 20 years, then all you need do is to close your eyes and remember when advertising was really great.

Moerdyk’s top 10 ads of all time

Reach for a Dream – Sam

Cremora – It’s not inside