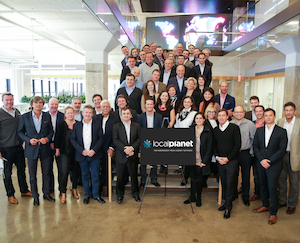 A collection of independent media agencies from across the world, have joined forces to create a new global network, Local Planet.

Joining a global agency network is not a new thing for RMS Media as the company was previously part of Columbus Media International, a collective of global, independent media agencies. Local Planet builds on the foundation that Columbus created.

“As a founder shareholder agency it is really exciting to build a genuine alternative media agency network from the ground up!” says Smuts, describing the nature of Local Planet.

As part of the new network, RMS Media will not lose its independence, but the founding members will have an equity stake in the global company. Smuts says this is a huge advantage. “Mission critical to Local Planet’s raison d’être is that each of the founder agencies retain their independence, continuing to deliver locally relevant communication solutions – while offering clients the additional benefit of being associated to a strong global network with international capability.”

The other benefit for agencies, Smuts says, is that the network has avoided the corporate buy-out trap, that being the loss of key skills once an earn-out is completed.

A major positive for Local Planet is that it will be headed up by a very experienced team. Martyn Rattle, formerly global CEO of Vizeum and global chief client officer of Aegis Media, was named as the global CEO of the new network. He will be assisted by Bill Koenigsberg, president, founder and CEO of Horizon Media, who was named chairman.

Of the leadership of the new global network, Smuts says, “The beauty of our structure is that the very same leaders, who invested their passionate energy in building their own successful agencies, continue to lead the new network into the future.”

He adds, “We have created an alternative network comprising, established, best in class independent local media agencies, whilst maintaining the spirit and hunger of a start up!”

Each media agency head will also be doing their part to ensure the success of Local Planet. “We’ve created a winning local up formula – our network agencies have a local mindset and now international capability. The key to Local Planet’s international success will be our ability to compete and win locally,” Smuts says.

Speaking about the new network, Rattle says, “We know that many international marketers are looking for an alternative to the holding company model, a more agile and service oriented solution built around their specific needs. The shared experiences of starting successful independent agencies from scratch is an important factor behind Local Planet and its culture. Each one of Local Planet’s agencies has started, grown and succeeded by fighting for on behalf of their clients. We are now bringing that start-up, independent spirit to our global network. We are looking forward to working together with international clients in the pursuit of shared success.”

Aside from creating new opportunities for RMS Media, Local Planet will also benefit the clients that the SA agency serves.  “Having successfully traded in our competitive media market place for 23 years – we’ve more than earned our stripes. Our alignment with Local Planet will open the door for more clients to experience our personalised service and unique brand of innovative communication solutions,” Smuts explains.

At its launch, at the beginning of this week, Local Planet revealed it operates in over 40 markets worldwide, with access to a team of 3 000 media experts and boasting billings in excess of $10 billion. Big founder agencies include the7stars (UK), Horizon Media (US), Zertem Communication Group (Spain), Media Italia (Italy), pilot (Germany), CoSpirit Media Track (France), Tre Kronor (Sweden), and Percept Media (India).

In a release, Local Planet set the new global agency network “will be lean, agile and devoted to client service and media solutions on the ground and is committed to providing its international clients with a level playing field in accessing international strategy, value, transparency, technology and talent.” 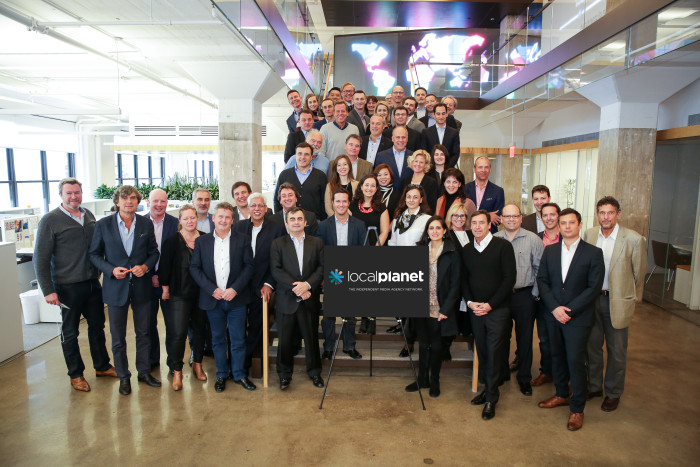 RMS Media CEO Rob Smuts (centre right with light blue shirt and dark blue jacket) stands with other agency heads, who are all now a part of the Local Planet network