LATEST NEWS
Home Press What is news in the 21st century?

What is news in the 21st century? 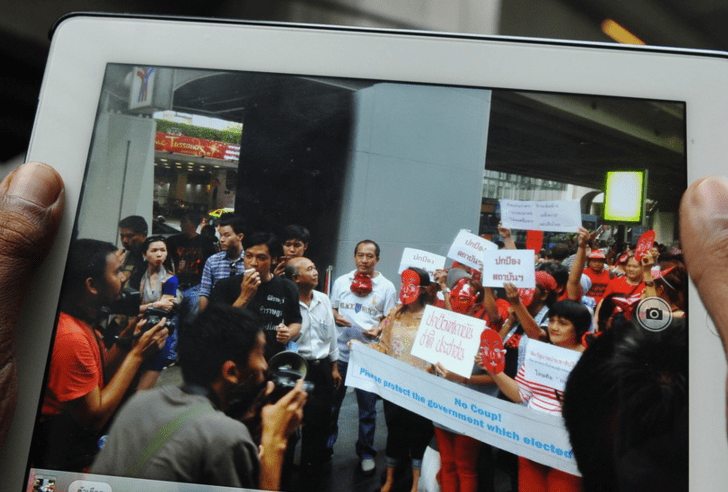 When celebrated media and communication theorist Dennis McQuail proposed in 1992 that news was a selective, socially manufactured product with the power to determine and define events, he hadn’t heard of social media. Not every occurrence is necessarily news, he wrote. His argument was based on the notion that the “gatekeepers” (who are mostly journalists and editors) decide what is news and how it should be reported and disseminated.

McQuail would be the first to admit that’s no longer the case. From Malawi to Myanmar, Chad to China, social media’s growing influence has become a potent symbol of citizen empowerment across the globe. That’s because in several parts of the world, social networks such as Twitter and Facebook have become the norm for day-to-day communication, inadvertently replacing mainstream media as a source of news.

In so doing, it is not only redefining the ways news and content can be shared but it’s also forcing us to rethink the meaning and significance of “news” itself.

When citizen journalists, digital activists or any other non-professionals produce and share news on Twitter, who is going to stop them, who is going to deny them the opportunity to produce news?

With the news industry changing at such a dizzying speed, it would seem as if the time has come for us to accept citizen journalists as active players in the news business. Indeed, teaching a student how to gather, write and edit stories isn’t enough anymore. Students need to know their main competitor isn’t just a journalist from the crosstown rival newspaper but also anyone owning a smartphone.

The audience, who for several generations have largely been sleeping partners in the news production business, have suddenly become more active. In the past, they only purchased news content. And if they were angry after reading biased or inaccurate stories, drafting a “letter to the editor” was their only possible way of showing concern.

But can the blogosphere be considered a reliable and vital part of ethical news production? Most professional journalists I talk to would say no. But while not everything they are producing is reliable, you just cannot exclude social media content from a 21st-century journalism degree course. It’s impossible to remove the unrelenting digital enthusiasts from the news matrix.

Some scholars have defined news as the information that people need to make rational decisions about their lives. Meanwhile, Pamela J Shoemaker and Akiba Cohen, preferring a market-based definition, have called news “a commodity. It can be bought, sold, and traded”. Then of course there are the “big” world stories: wars, outbreaks of disease or famine, elections. Some of these will make a difference in our lives – for example, the Syrian crisis and the flow of migrants into Europe, or the US election which has repercussions far beyond North America.

But to most people who now spend time on social media, if you’ve got something “new” to share, rational or irrational, then you’ve got news – or at least you believe so. When a newlywed couple share stories and pictures of their marriage, they are distributing news. And the fact that this doesn’t fit some market-oriented criteria doesn’t mean that they’re wrong.

News isn’t only what the BBC tells you is news. The BBC will come up with a news bulletin reporting on major international, national and local events. It’s a package of news put together by the BBC. Citizens, however, can and should decide what’s news to them.

But it’s becoming increasingly difficult to nail down what exactly news is these days, because – especially in the digital age in which everyone is potentially a journalist – everyone has their own definition. The market-based definition of news misses the important role played by people who are not news professionals – and these people cannot be ignored any more.

But one credible role the professional media can still play is to gatekeep in terms of accuracy and reliability. It may seem strange after all we’ve read in recent years about phone-hacking and other breaches of journalistic ethics, but the vast majority of professional journalists still hold professional standards very dear.

A survey of working journalists taken in 2013 by the National Council for the Training of Journalists found that almost half felt there could be more of a focus on ethics in training courses for journalists. The vast majority (80%) also said they felt their own work reflected and respected ethical boundaries. But fewer than a third (29%) said they thought the existing regulatory framework for journalism was adequate and almost as many (27%) said they did not have confidence in regulatory procedures. This, of course, will not have been improved by the current wrangling over the establishment of a new independent press regulator.

By contrast, citizen journalists are not required to have thought about journalistic standards and ethics and this is a bonus for the profession because it draws a clear distinction between the professionals who are bound by their code to aim for accuracy, balance and reliability. Professionals certainly are increasingly aware that this is an area where their “brand” gives them a clear advantage over citizen journalists.

In the end, it’s not a matter of news produced and shared on social media platforms being better or worse than that generated by traditional news-producing techniques. It comes down to the contextual meaning and relevance of news to its audiences – and this is something that involves both professionals and broader civic society. Social media isn’t going anywhere. That’s just a hard fact of life for the journalists who complain it is eating their lunch. But combining the interest and expertise of both the news professionals and the informed citizenry can only make the quality of news better.